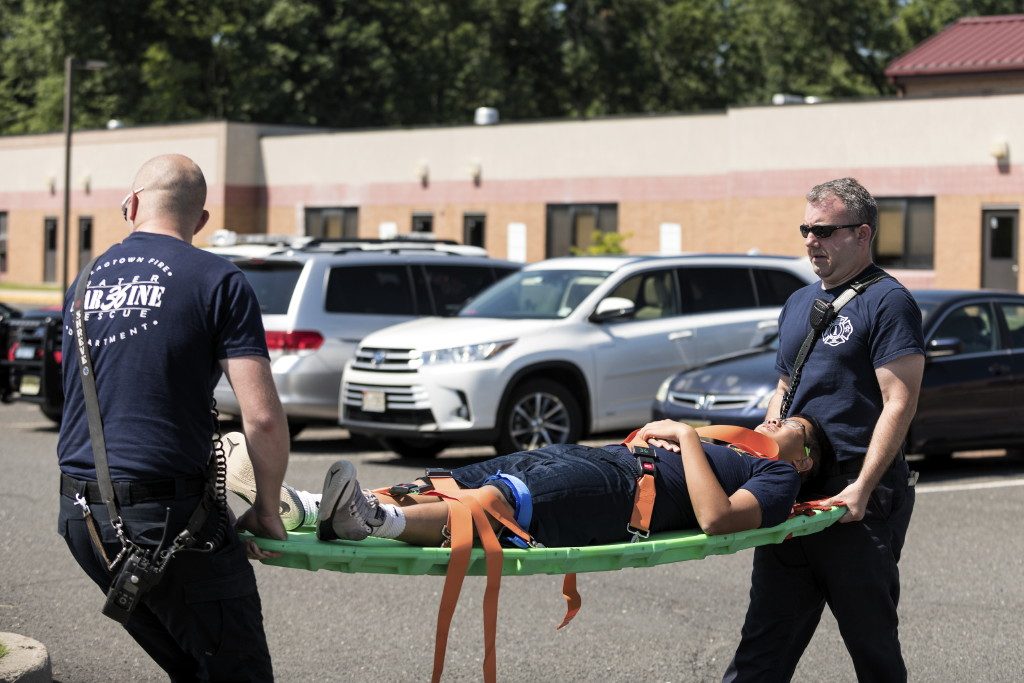 A fledgling task force comprised of local first responders is gearing up for a task they hope they never have to perform – saving lives while an active shooting incident unfolds in a local municipal building, school or other public place in Hillsborough.

Comprised of six members of the Hillsborough Fire Marshal’s Office, the Rescue Task Force (RTF) is a volunteer group aimed at finding, treating and evacuating the wounded from an active shooter situation.

Hillsborough Fire Marshal Dave Foelsch said the impetus behind the task force’s establishment was the proliferation of mass shootings across the country and the need its members felt to do something.

“We don’t want to have to start teams like this, but it came from the fact that we’re not geared to be standing on the outside going ‘wow, I wish we could have done something,'” Foelsch said.

According to the Gun Violence Archive (GVA), a non-profit organization that tracks gun-related incidents across the country, there have been 34,818 incidents this year involving firearms, resulting in 8,729 deaths and 17,001 injuries of Aug. 7. Suicides are not included in the organizations’ numbers.

Of those nearly 35,000 incidents, the GVA lists 212 as “mass shootings.” Though there is no widely accepted definition for what constitutes a mass shooting, the FBI defines mass murder as “a number of murders (four or more,) occurring during the same incident, with no distinctive time period between the murders.”

With incidents like the Stoneman Douglas High School shooting in Parkland, Fla., in February and the shooting at the Capital Gazette in Annapolis, Md., in June fresh on his mind, Foelsch said today’s climate means a shooting can happen anywhere.

“It got to the point that once or twice a month, you were hearing about some sort of incident,” he said. “It’s not like this is just in big cities or way out in the middle of nowhere. Some of these incidents are taking place in locations that exactly match what we have here.”

In an effort to get the RTF going before the start of the fire district’s budget process, Foelsch reached out to the Rotary Club of Hillsborough for an initial injection of financial support. The organization quickly obliged, donating $3,000 to help purchase bullet-proof vests and helmets that task force members will wear when entering a dangerous locale.

“We wish there was no need for such a team in Hillsborough, or anywhere else,” Rotary Club of Hillsborough President and former Township Committeeman Greg Burchette said. “However, we are glad to be in a position to support the formation of this important unit.”

Foelsch said he also approached the Hillsborough Township Board of Fire Commissioners for support and were given a matching donation of $3,000.

Additionally, Foelsch said the task force has been training with the Hillsborough Township Police Department, going over everything from best practices and policies to specific tactics and maneuvers when in an active shooter situation.

“The job for the police at an incident like this is to go in and make contact with the [perpetrator. Our job and focus is to go in and get those people who need our help immediately,” Foelsch said. “That’s why we chose to outfit ourselves with the top-of-the-line vests and helmets. We’re going in there unarmed and we know that.”

Last month, the RTF participated in its first active shooter drill when first responders from the surrounding area descended upon Auten Road Intermediate School (ARIS) for the exercise.

Though it is considered the first task force of its kind in Somerset County, Foelsch said the task force conducted itself well during the ARIS drills.

“It was great to see that we’re on track and that the tactics and procedures we discussed with the police department were exactly what we needed to know,” he said. “It really drove home everything that we had been practicing and talking about for the past two or three months.”

Looking forward to the task force’s future, Foelsch said he was hopeful that the all-volunteer outfit will be able to bolster its ranks. Trying to get ordinary people to run into a building where bullets are flying, he said, could be a hard sell for some.

“We know there are people out there who say we’re crazy, but all I can say is we’re not wired to stand on the outside. We have years of experience and we’re all the same,” he said. “We’re going in guarded and we’re hopefully giving these people the best chance of survival they can get. It all comes down to time – the clock is ticking from the second they’re hit.” 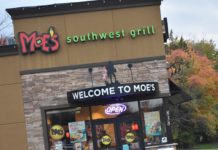