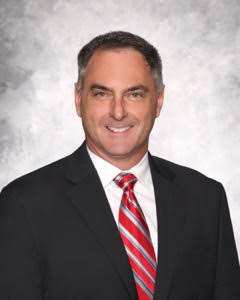 More than a month after Greg Burchette resigned from the Hillsborough Township Committee, officials announced the appointment of Shawn Lipani to fill the vacant seat on the governing body.

During the Aug. 14 meeting, former state Assemblyman Jack Ciattarelli swore Lipani in as the newest Republican member of the committee.

“I’m honored and it’s always humbling to be selected to fill a position like this,” Lipani said. “This is something that I’ve kind of looked toward for the last 15 years as I’ve been serving behind the scenes on different boards and commissions. To achieve this, even on a temporary basis, its still humbling..”

Last month, the Republican party selected Lipani, Ron Skobo and Hillsborough Republican Party Vice Chair Helen Haines as potential candidates to serve out the remainder of Burchette’s term, which was set to finish at the end of the year.

Following the committee’s announcement, Haines, said she was confident that the choice will be a benefit to the township.

“I couldn’t be prouder or happier for [Lipani] and the township,” she said. “I think it’s great – I think either Shawn or Ron would have been equally good.”

Haines, who had been selected to fill a vacancy in the committee once already in the 90s, said she was thrilled to see “new blood” on the committee for the time being.

“I think both Shawn and Ron are elected, it will bring diverse backgrounds that will be very helpful for the township,” she said.

With less than three months on the committee ahead of him, Lipani said he was ready to “get my thoughts and opinions into the mix in a more prominent position.”

“I know it’s short term…what I look to do until the election is to continue the good work that the committee has done already, add my input where it fits and provide my knowledge as a homeowner, a kid who grew up here and a small business owner,” he said. “I’m not looking to rock the board too much…but I do anticipate fully engrossing myself into what’s going on in the town.”

Burchette announced his resignation in a prerecorded video during the July 10 committee meeting. In the video, he said he was stepping down after changes in his personal life meant he “no longer [met] the Hillsborough residency requirement to be a committeeman in this town.”

The news came months after he and fellow Republican Carl Suraci did not file to run in the June primaries to retain their seats this November.

To that end, the Republicans are putting Lipani and Skobo as their ticket for this year’s race for the two committee seats up for grabs this November. They are opposed by Democrats Jeffrey A. Wright and Olivia Holmes.