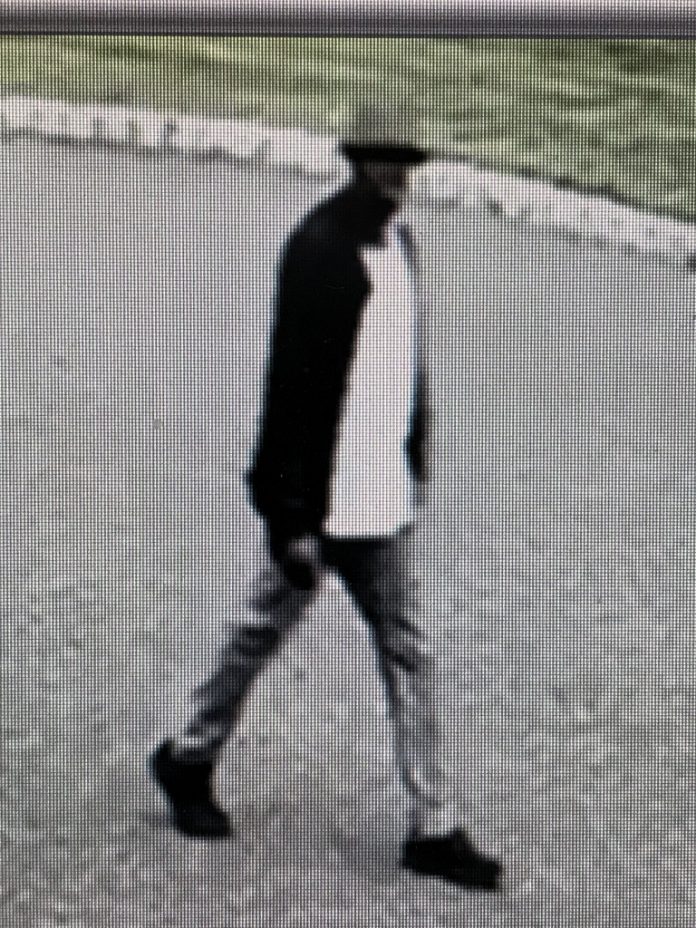 SOUTH BRUNSWICK – South Brunswick police are looking for the public’s assistance in identifying a male who was peering into residences and vehicles on Major Road.

A black male is seen on surveillance footage parking in the driveway of a residence on Major Road around 6:35 a.m. on Aug. 11, according to information provided by the South Brunswick Police Department. The suspect exits his vehicle and begins to look into the window of a parked car in the driveway. The suspect can later be seen on surveillance footage at a neighbor’s residence on Major Road. In that incident the suspect looks into a rear slider door window and then walks around the residence to the front door and checks to see if it was unlocked, according to police.