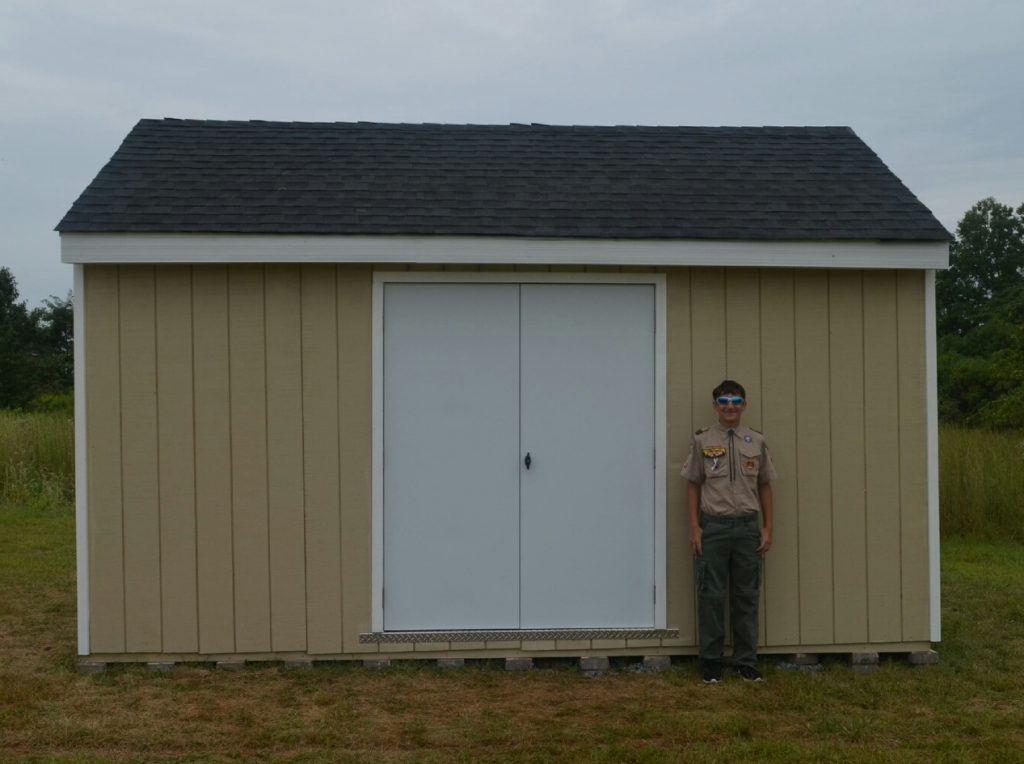 Matthew Comeau, 13, stands in front of the utility shed he built for his Eagle Scout service project.
× 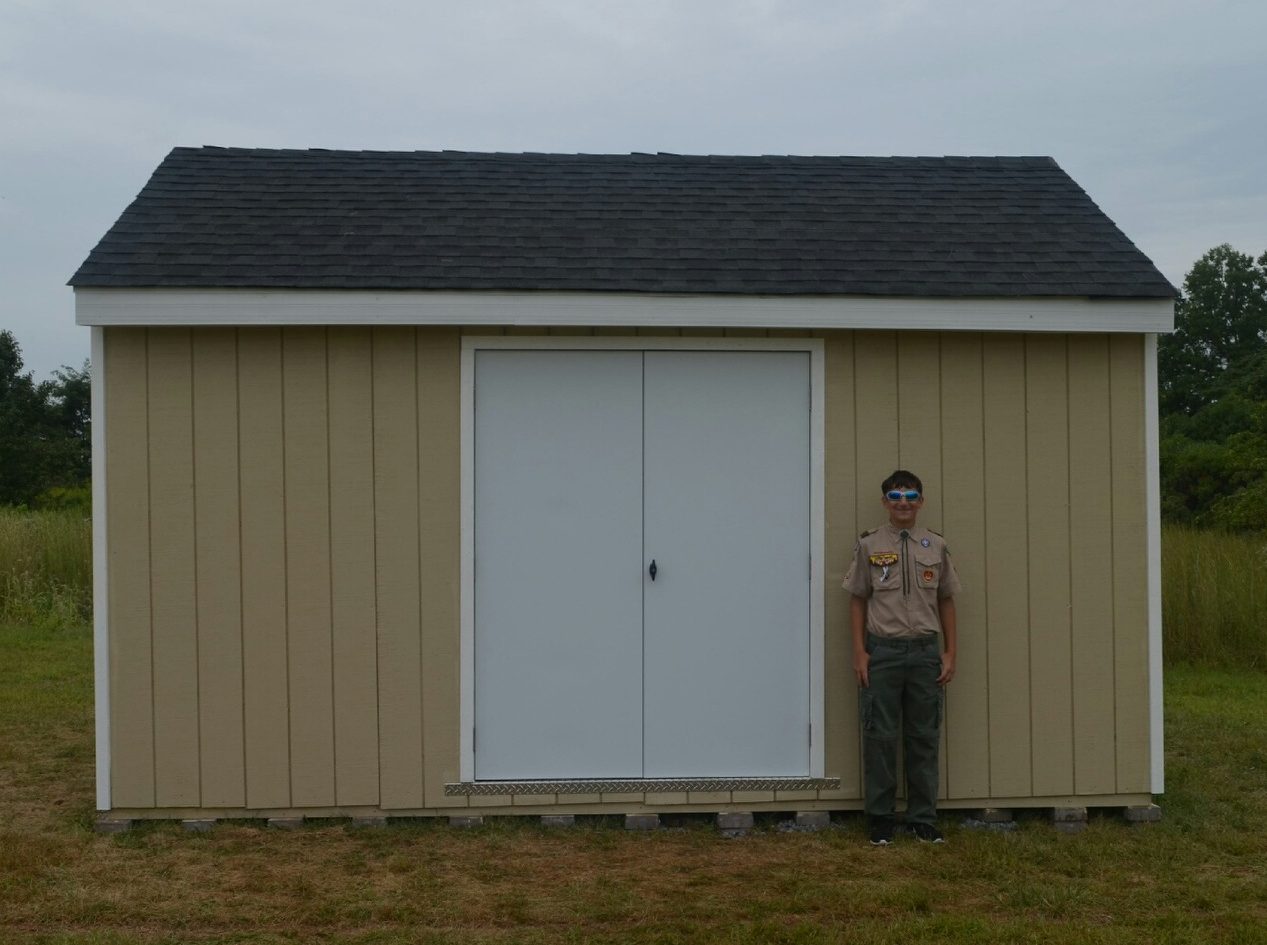 Matthew Comeau, 13, stands in front of the utility shed he built for his Eagle Scout service project.

As he played drums in Bordentown Regional High School’s marching band, 13-year-old Matthew Comeau noticed a need that he and his fellow Boy Scouts of Troop 13 could fill – the construction of a new utility shed for the school’s music department.

As a Boy Scout since the first grade, Comeau is aspiring to attain the organization’s highest rank of Eagle Scout.

In order to achieve that goal, however, he was required to plan, develop and perform a service project that demonstrates leadership qualities to a religious establishment, local school or his community.

Before he could get started, Comeau said he spoke with the high school’s band director, Michael Montalto to get his approval.

“I spoke to [Montalto] to see if there was anything I could do to help, and at first, he said I could build drum harness stands, but that idea evolved into the shed to serve a higher purpose,” said Comeau.

Beginning in mid-July, Comeau dedicated nearly 50 hours of his time planning and developing the shed before the first board of lumber was even laid down. Once an adequate design was in place, the teen worked nearly 300 hours throughout August toward building the shed with help from his family, friends, fellow scouts and band members.

“Everyone was very supportive of me, including the workers there who’d come up to me and ask ‘What can I do,'” Comeau said. “It brought such joy to me. I was really happy that it came together as I planned, even through the challenges.”

In order to fund the project, Comeau held fundraising events and reached out to local businesses and organizations for things such as building supplies and tools, as well as food donations from Chick-fil-A and Red Robin to feed his team of workers.

When the project was completed on Labor Day weekend, Comeau felt relief and satisfaction in the experience, but admitted that the building process didn’t come without its struggles.

“A problem we faced was that we weren’t prepared for the land not being leveled,” said Comeau. “It looked leveled from plain sight, but it wasn’t, so we barely had enough bricks to actually build it to level the foundation – it took a lot of time to dig.”

Although the task at hand proved to have its struggles each day, Comeau said he was satisfied with the continuous assistance from the group of help around him.

Months after the Bordentown Regional School District Board of Education approved the project, Comeau returned to the school board to present a time-lapse video of the shed’s construction and to share his experiences with the project. Comeau, who admitted he was “a bit nervous at first,” to present his project, soon took delight in the exhibition of his hard work to the board.

“I was happy presenting it to them at the end because I went to a meeting in July to show them the ideas and plans of what I was going to do, but finally having it done with a lot of people in attendance at the last meeting who got to see it finished added to the whole experience of it,” said Comeau.

Looking back, Comeau said he feels all the hard work and effort that went into his Eagle Scout project means more to him than just a shed on the high school property.

“I gained better leadership skills. I also learned a lot about woodworking and construction,” said Comeau. “Finally having it up and seeing the shed there, I’m really proud of myself.”