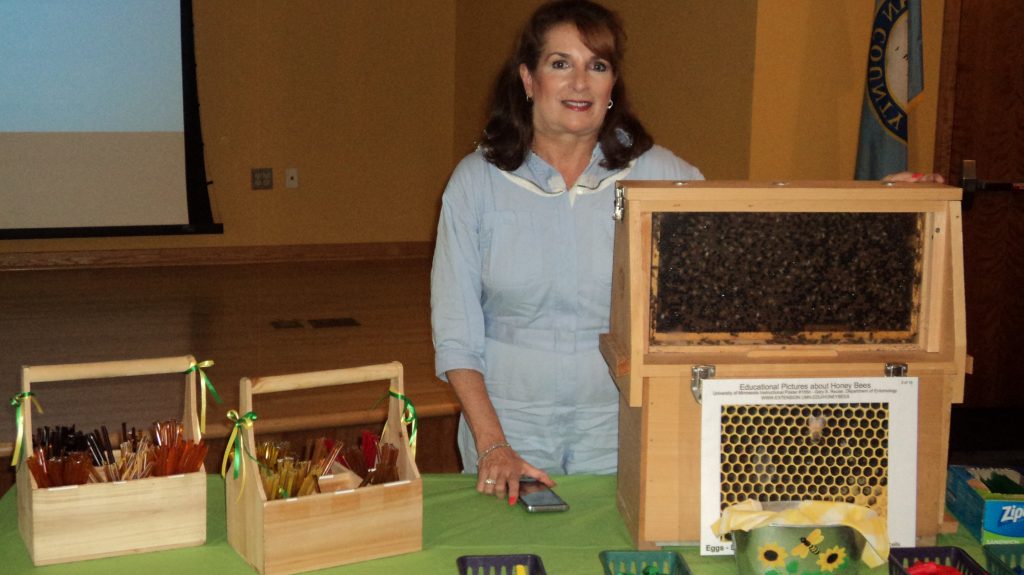 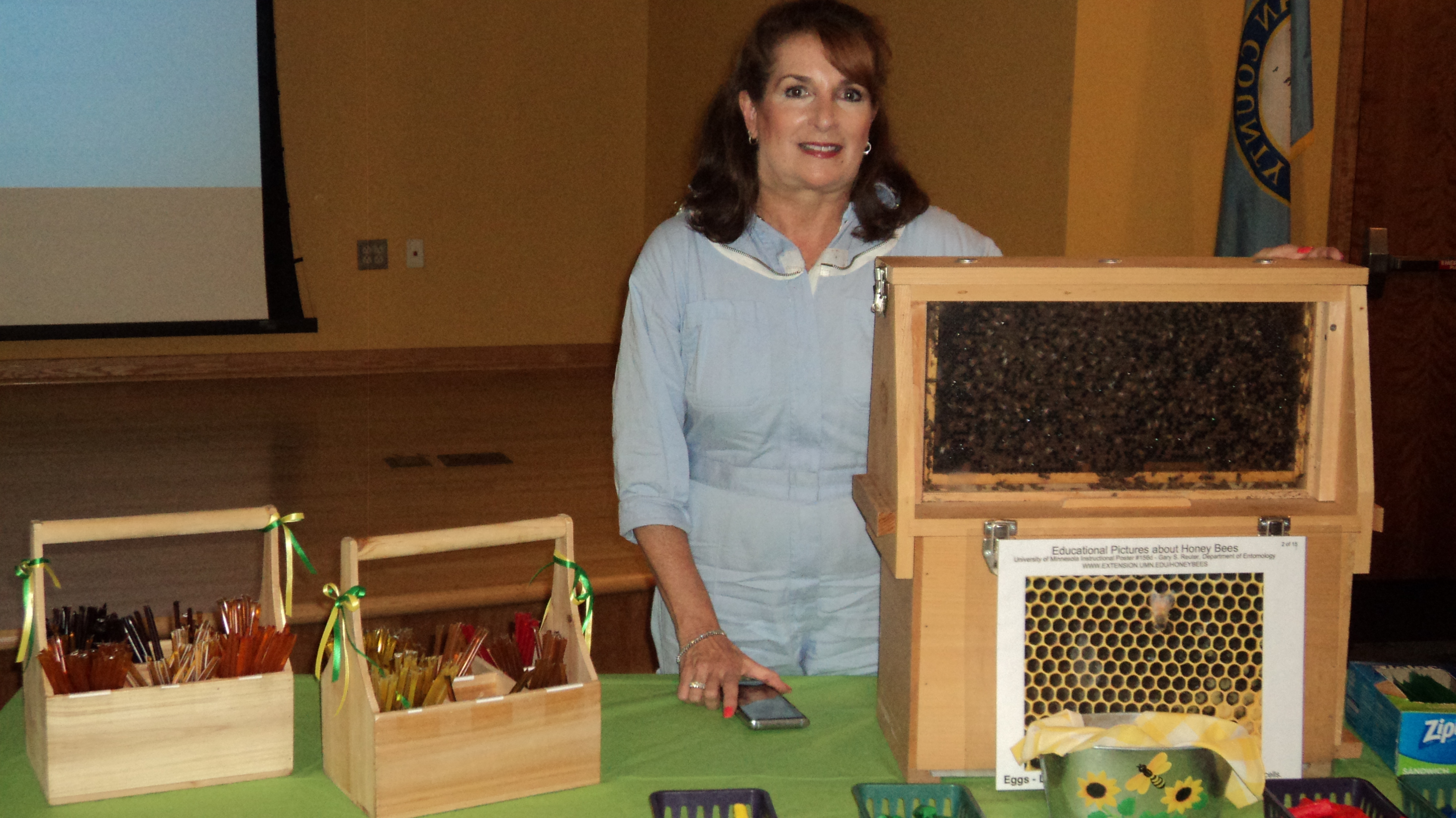 TOMS RIVER- Angela Juffey is a beekeeper on a mission to inform the public about the importance of honeybees.

On Aug. 22 she did just that for Toms River residents at Mancini Hall in the Ocean County library.

“Honey bees are our main pollinators. They are the only ones that make honey. Honey is the only food created by an insect that has medicinal, nutritional, cosmetic and therapeutic value,” Juffey said.

According to the New Jersey EPA pollinators outside of bees include bats, butterflies, moths, and beetles.

Juffey said honey bees need to be protected. There is a concern about bees dying in the state.

“Lately the honey bee population has been leveling off,” Juffey said.

She said if the state lost honey bees, other pollinators would come forward.

Juffey said a beekeeper maintains the delicate balance between the life and death of honey bees.

“A beekeeper needs to be very observant and medicate his or her hives, check that the queen is in good health and check that there are no viruses,” she said.

Toms River resident Nancy Judson attended the presentation to find out what she can do to help the honey bee population.

“I wanted to learn more about bees. You keep hearing on the news that they are dying out and how important they are. So I wanted to see if I could find plants that I could plant around my house that would help the bees,” Judson said.

At the end of the presentation audience members were encouraged to make milk seed balls. Milk seed balls are thrown into uncut grass to create wildflowers that provide nectar for the bees.

“We work to live. Honeybees live to work,” Juffey said.