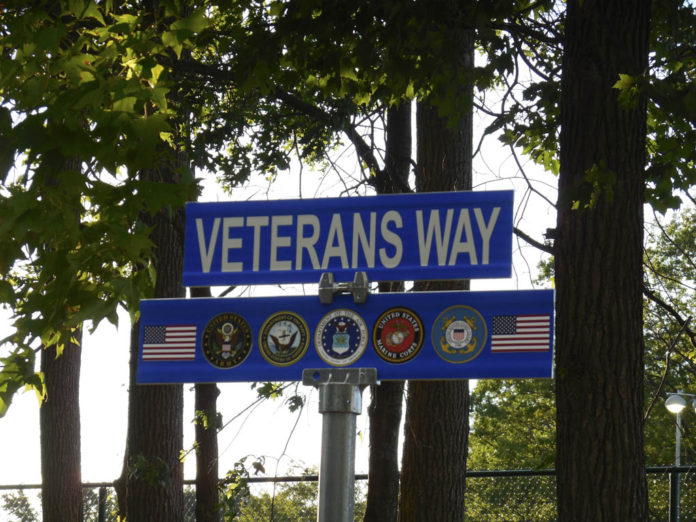 NORTH BRUNSWICK – A sign for Campisano Way is affixed to the street signs at Huron Road and Cherokee Place, while McCormick Way now marks the intersection of Laurel Place and Cypress Avenue, both in North Brunswick.

The late Peter A. Campisano was born on Nov. 25, 1930, in Wilkes-Barre, Pennsylvania. He served in the U.S. Air Force from 1950-53. He was a machinist at an airbase in French Morocco during the Korean conflict. He was honorably discharged and received a Sharpshooter Medal, according to the proclamation read in his honor.

Campisano’s interest in planes led him to a career with the airlines. He was a flight information coordinator for TWA at Newark International Airport until his retirement.

After retiring, he worked as an office manager for the Department of Public Works in North Brunswick.

He was an active member in the St. Augustine Knights of Columbus and was the second president of the North Brunswick High School Booster Club.

He served in the U.S. Army as a Private First Class Infantry during World War II from September 1942 to December 1945. His two military occupational specialties were sharpshooter and radar crewman.

For his service to the Army, McCormick received a Purple Heart, the American Campaign Medal, the European African Middle Eastern Campaign Medal and the World War II Victory Medal. He was honorably discharged on Dec. 13, 1945.

McCormick returned from serving in the Army and lived in Newark, where he met his future wife, Helen, at a roller rink, according to his proclamation. He worked as a chef and was the owner of the Village Square, a luncheonette in North Brunswick.

McCormick passed away in 1975.