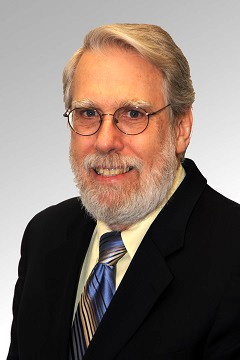 SOUTH BRUNSWICK – Five residents are running for three three-year terms on the South Brunswick Board of Education.

Profession: worked to implement IT systems for various companies in the United States, Europe, Middle East and Asia; currently works as a SAP architect for a large consulting company in the U.S.

Campaign issue – security: “Another area of concern is the security of the schools/kids in the wake of the two mass school shootings that happened in the beginning of the year. Myself along with a team of parents organized March for Lives with 450-plus parents/kids participating in the march to create awareness in the community for school safety. As a board member I would like to review the security procedure of the school and keep improving it further as I see a lot of scope for improvement in this area.”

Campaign issue – lack of practice facilities for students: “South Brunswick Middle School and high school had tennis court lights installed many years back by the school. And it was serving wonderfully well the students of the South Brunswick School District who had taken up tennis as a sport to get into middle school, high school and for college for the last many years. But in September 2017, the school administration switched off the lights permanently giving some procedural issues on insurance as a reason. … Currently the student’s dreams and aspirations are restricted by the lack of facility to practice with the lights. I plan to work with the school administration and remove the procedural issues and give an opportunity for the kids to pursue their dreams.”

Profession: Employed by New Brunswick Public Schools as a paraeducator

Campaign issue – Standardized testing in grades K to 3: “In my 20-plus years in the classroom, I have witnessed the fear and anxiety our children experience when faced with such a challenge as testing. Sitting and being totally quiet, not being able to move or make a sound, is totally overwhelming and too much to ask of our young people especially those who have special needs. They are still in the early years of childhood and need the time to develop those social skills as well as the basic skills which will carry them through the rest of their childhood.”

Campaign issue – Bridging the student achievement gap amongst whites, African Americans/black, Hispanics and Asians: “It is my understanding that the first three groups are falling behind and there needs to be some kind of initiative set forth to change this. South Brunswick Public Schools has the distinction of being one of the best school districts in the state. We can only get better, but we need to address the issues that concern each and every group in our community.”

Campaign issue – School safety: “Our district has made great strides towards the improvement of safety for our students and staff over the last year or so. My goal or expectation as a board member is to see continued growth and awareness for both our students and staff through continued professional development and training for the professional and support staff.  Open dialogue about the issues which lead to mass shootings at our high schools across the country in the last ten years aimed at high school aged students and possibly middle school as well. Finally, the education of our parents and community of the signs to look for in their children and those in our neighborhood.”

Campaign issue – safety: “I have most recently supported some significant improvements to the district’s safety measures as a board member and chair of its Facilities Committee. Most notably are the double entrance vestibules. Raptor visitor management allows wanted vetted visitors while  keeping out the rejected visitors. Furthermore, I have supported a complete overhaul and upgrade of our cameras in all schools, where for the first time, we have cameras in our elementary schools. In addition, I have been in support of working with the South Brunswick Police Department in increasing our police presence in our schools. Safety comes first. My actions have helped to achieve the highest levels of safety in our schools.”

Campaign issue – maintaining transparency: “As an elected board member, I believe it is my obligation to be honest, open and fair with parents and community members. It is imperative that our families and our community know of the happenings in our schools. Personally, I am active on social media and utilize various pages to keep the community informed of school events and news. You can find my posts on Support South Brunswick Schools. I am proud of our work as a district and very proud of the work of this board over the years. We have so much more to do and I am eager to continue the work. ‘Always Putting Kids First.’”

Children: graduated from South Brunswick High School in 1999 and 2002

Profession: Holds a a Ph.D. in Aerospace and Mechanical Engineering from Princeton University. Works in the field of Atmospheric Transport and Dispersion developing scientific models and creating user-friendly software for use by the military and first responders.

Community service: Former baseball and soccer coach. Helped with theater and marching band. Served on boards for Kingston Presbyterian Church for more than 35 years; currently on Finance Committee and is the financial secretary.

School board experience: Board member for 12 years. Served as president and vice president. Current the vice president, and chair of the Negotiations Committee.

Campaign issue – Growth: “With recent court decisions, the community can expect up to 6,000 new homes in the next five to 10 years. With those homes come children. It takes years to build new schools so we must start preparing now. Initially we must work with the township to understand when and where homes will be built and with demographers to estimate number and age of children these new homes will bring to South Brunswick. Once we have this information we need to consider both expanding current schools where possible and building new schools which will require finding suitable locations. Until this work is complete, we must continually strategize ways to minimize overcrowding and its impact on our children.

Campaign issue – Safety: “We must continue to work to ensure our children are safe in school. The board has worked with the South Brunswick Police Department (SBPD) to develop plans to make our schools safer. The best approach is to ensure only those who belong in the building have access to the building. To this end, the board has approved additional cameras, double entry vestibules for all schools moth the safety improvements. We have also developed a close working relationship with the SBPD. It is also important to maintain communication with and develop a level of trust with our students and our parents as they are often the first to see or hear of potential threats to our schools.

Campaign issue – Taxes: “Our schools are primarily funded with property taxes and as we continue to work to improve our schools we must keep in mind the community’s ability to pay for improvements, especially those in our community of fixed incomes. It is my goal to proved our children with the best education this community can afford. It’s a delicate balance. We must continue to work with the state to fulfill its responsibilities by fully funding the school formula and to find alternate sources of income for our schools.”

Campaign issue – Whether a large or small school district, resources are finite and everyone has a vested interest to find fiscally responsible solutions that will yield maximum benefits. State school funding has been substantially reduced and we must expect further impacts, therefore it is vital that we identify cost savings opportunities, with minimal student/teacher impact now. The budget is always one of the greatest challenges.

Campaign issue – A comprehensive school emergency operations plan involving local and state law enforcement must be based on principles that address a range of threats and hazards. We need to ensure each school plan uses a collaborative approach involving school staff, district/community partners, be well versed in response, communication, recovery, evaluation and include protection from natural, technological/biological hazards and human threat. There are always evolving requirements, so we must understand the latest technology/training available and determine how our students/staff/community would benefit. As a consultant I was created and implemented business contingency plans, thus provide a great deal of experience in this area

Campaign issue – New Jersey communities are recognizing what negative stress does to individuals, specifically students and teachers. For students, the pressures to fit in, to achieve, the pressure of social media. For teachers, dealing with difficult students, curriculum changes, teacher evaluations, and reduction in resources. Students and teachers “feed” off each other, which can be unhealthy. There are popular and easy activities to implement but a more comprehensive strategy needs to be developed to reduce stress while still supporting student and teacher success.