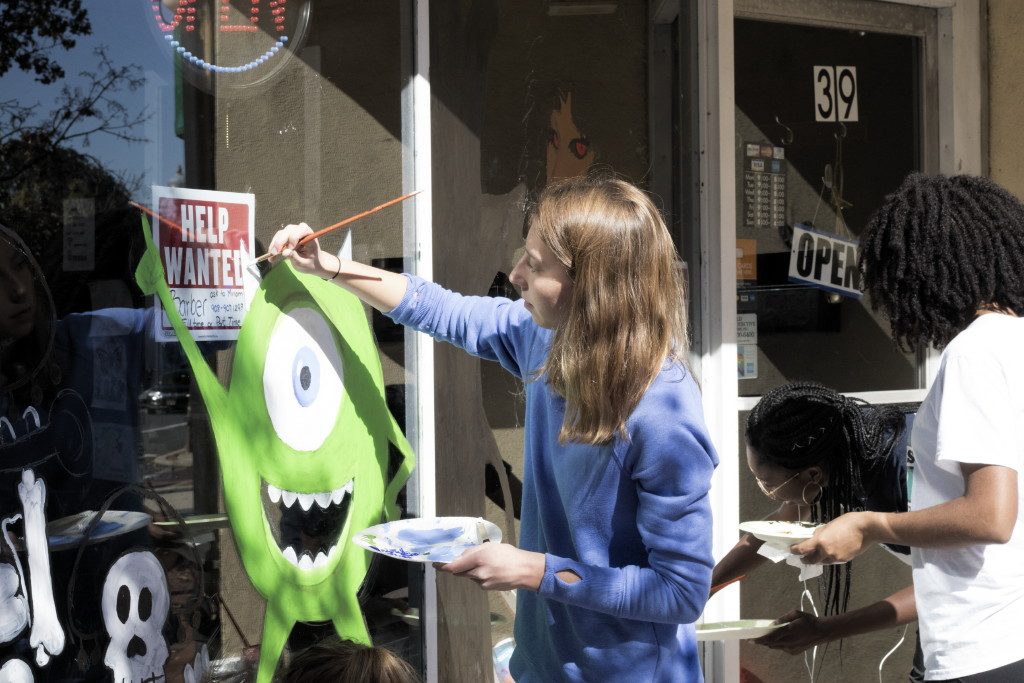 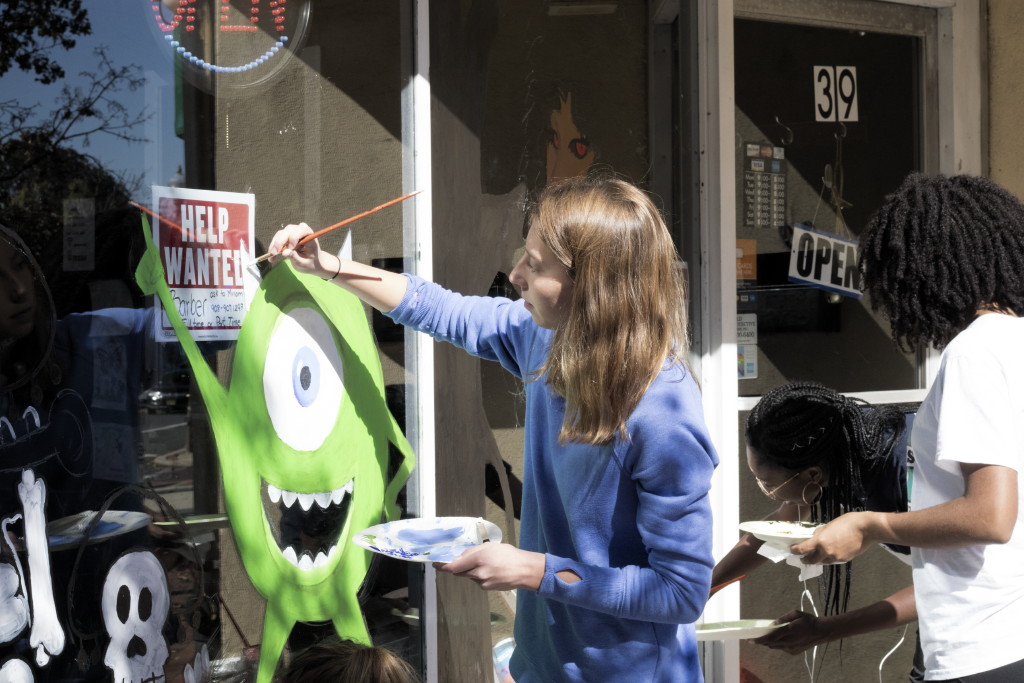 FREEHOLD – Students from the Freehold Regional High School District continued a tradition that stretches back to the mid-20th century when they converged on downtown Freehold Borough on Oct. 12 to paint Halloween scenes on the windows of borough businesses.

The students came to town on a brisk morning to create colorful creatures and scenes that will be on display for residents and guests to enjoy during the Halloween season.

They may not have realized it at the time, but the teenagers who brought their talents to the borough were the latest in a long line of young people who did the same thing in decades gone by.

Rebecca Policastro, the communications and district projects coordinator for the Freehold Regional High School District, said “The annual Spooktacular window painting in downtown Freehold dates back to when the district was only one school (Freehold High School). As years passed and the district grew, so did this amazing partnership.

“Spooktacular showcases that although our school district stretches across many miles, we are still one community. This event is a favorite year after year for students, staff and residents. Everyone is amazed by the talent of the students and how they translate a sketch to a full-scale painting. With more than a half-century in the books, we all look forward to continuing the tradition of decorating downtown Freehold each October,” she said.

He said the students must figure out how to translate a drawing on a small piece of paper into art that fills a window that is almost the size of a mural; they must adjust their skills to paint on glass, which Finaldi said is not easy to do; and they must cope with the elements while they are painting, which in October can include heat, cold and wind.

“When the students get out there they realize this is not easy and they are really working hard to make something presentable,” Finaldi said. “All of the students who are participating should feel good about what they are doing; it is a physical thing to do and in the end they feel good about what they have done. I have also observed that after students participate in the window painting project, they work more confidently in class.”

Writing on the You Know You Are from Freehold page on Facebook, Beams said, “I enjoy finding out about Freehold history and often wonder how some local custom got started, the Halloween window painting being one of them.

“I looked through past issues of the Freehold Transcript and the Asbury Park Press and found that the Halloween window painting in Freehold started in 1947 by art teacher Florence Woolfenden.

“There was a concern in town about the Halloween mischief damage done each year, cutting clothes lines and drawing on business windows, with wax being most popular. In 1947 it was decided to have a Halloween parade, a window painting contest and two Halloween parties in town to keep the children occupied in non-destructive activities.

“One party, for younger children, was held at Zobel’s Garage with over 500 children and their parents attending. The other party for older kids was a high school dance featuring the Ralph Caiazzo Orchestra.

“At the close of the party, Mrs. Woolfenden thanked P.D. VanMater of Joceda Farms for the use of his truck and the Chamber of Commerce for paying for the Halloween events,” Beams wrote.