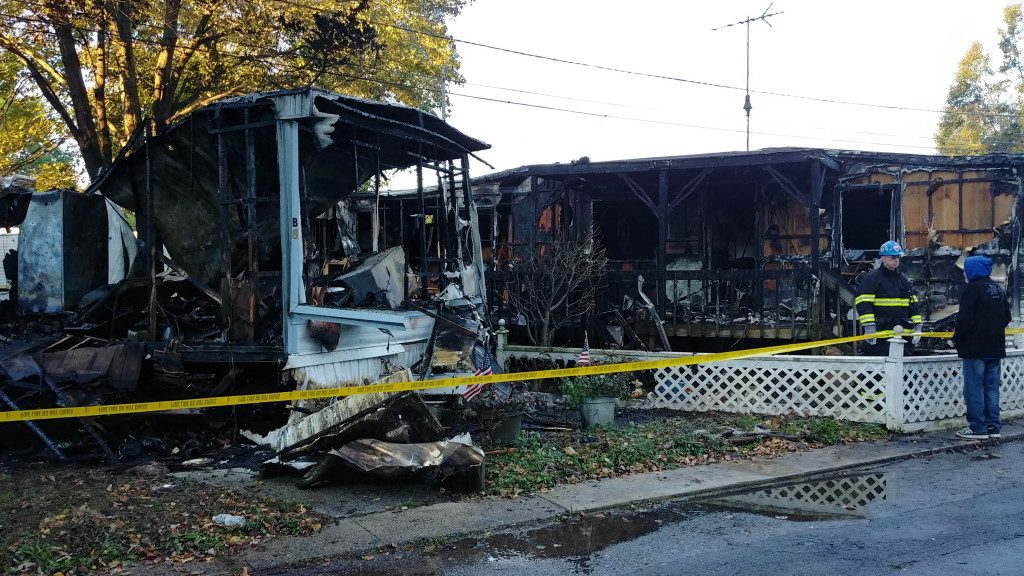 As officers arrived, they discovered the fire had spread to an additional mobile home. All of the occupants from those trailers were able to get out safely prior to police arrival, according to a statement provided by the South Brunswick Police Department. Officers evacuated all of the trailers that were in close proximity to the mobile homes on fire.

Four pets perished from the affected homes as a result of the fire, according to the statement.

All three township fire departments – Monmouth Junction, Kendall Park and Kingston – responded to the scene, along with North Brunswick Engine 2, East Brunswick Brookview and Jamesburg. There were 50 firefighters at the scene, which took 30 minutes to bring under control, according to the statement.

“When we arrived there were heavy fire conditions coming from both mobile homes. There were also five additional mobile homes in jeopardy when we arrived.  Firefighters on scene aggressively attacked the fire to get it under control.” Monmouth Junction Fire Chief Scott Smith said in the statement.

The three displaced occupants of the destroyed mobile homes will be relocated by Brookside Mobile Home Park management, according to the statement. The South Brunswick fire marshal is investigating the fire, but it appears to be accidental in nature, according to officials.

The Monmouth Junction First Aid Squad also responded to the fire. There were no injuries.