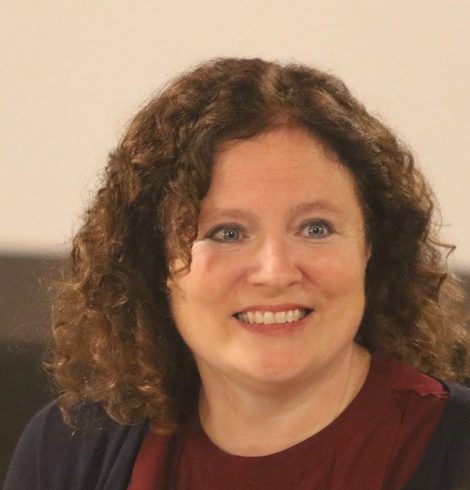 Betsy Baglio had lived in Princeton for four years when the former teacher decided to run for a seat on the Princeton Public Schools Board of Education in 2015.

“I felt like I, as an educator, that was a perspective that was missing on the board,” said Baglio, 44, in an interview. “We need all kinds of volunteers to take on this kind of a role. But having someone who has been an educator, who has been a teacher, who understands how difficult the job is, who has children in the district, that’s a voice the board needs.”

She is running for a second term in the election on Nov. 6, when three terms on the board will be available.

Asked what challenges are on the horizon for the district, she said, “figuring out how we can improve our buildings and make sure we have enough space for all the students who are here.”

Baglio said she believes in the enrollment forecasts, with Superintendent of Schools Stephen C. Cochrane saying earlier this month that “enrollment is projected to grow by more than 700 students in the next 10 years.”

“We have to be thinking about how we creatively look at demographics and how we work to ensure that, equitably, our schools are getting what they need to educate the kids they have,” she said.

Baglio was elected to the board the year after Cochrane began his tenure as superintendent.

“I find him to be a very thoughtful educator who cares about students,” she said. “That’s something I really appreciate about him.”

At a time when Princeton High School students have said they feel stressed out and overworked, district administrators this year initiated a later start time and changed the schedule at the high school.

“As a teacher, the fact that we never had a rotating schedule before, I was really surprised by that coming in,” she said. “I think some of the initiatives we have put in place really do consider what students need.”

In October, Baglio and the rest of the board members voted to put on the ballot on Dec. 11 a $26.9 million referendum addressing facilities needs. That amount is less than larger referendum proposals district administrators had been considering, well in excess of $100 million.

“I think the $27 million, as a citizen, as a taxpayer, as a parent, we need what is being suggested in that smaller referendum,” she said.

Beyond that, officials will look to have another referendum, potentially next year. Baglio touched on what officials need to do better as they make their case to the public.

“I think all of us, the board and the superintendent, as we go into sort of the next round of referendum discussions, I think improved communication is key,” she said. “What we have learned from the first one is that … people would like ways to be more involved and to get more information than they feel like they had gotten.”

Touching on communication, she said the district needs, and would be getting, a new website.

On security, Baglio, as have all the candidates, said she opposed having armed guards in the schools.

“There can be really tragic consequences if there’s some kind of a misunderstanding,” she said.

Baglio grew up in New England. Though she moved around as child, her family settled in Sturbridge, Mass. Her father served on the equivalent of the school board in that community and her mother had been a public school teacher.

“There is this value of public school and the opportunities it can afford and it should afford for all students … that was instilled in me,” she said.

She attended Princeton University starting in 1992, earned a degree in sociology and worked as a teacher after graduation in Connecticut and then Massachusetts. She transitioned to teaching professional development to teachers and has also done consulting work. She holds a master’s in education from Harvard University.

Eventually, Baglio and her family would return to the community she came to know as a college student. They have lived in Princeton since 2011, with her two sons attending the public schools.

Active in the PTA at Community Park Elementary School, she was involved in starting after-school clubs, like other schools in the district had.

In terms of other issues, the board voted to end its legal battle over the enrollment expansion of the Princeton Charter School. Baglio offered that she would like to see a member of the school board sit on the charter school’s board of trustees.

Of Princeton University making voluntary financial contributions to the school district like other educational institutions in town do, she said she looked forward “to increased partnerships, whether it’s financial or whether it’s other opportunities they provide” that the district takes part in “to benefit all students.” She cited “summer opportunities” at the university that the district needs to make sure its students are aware of.