Plans call for medical campus on parcel at former military base 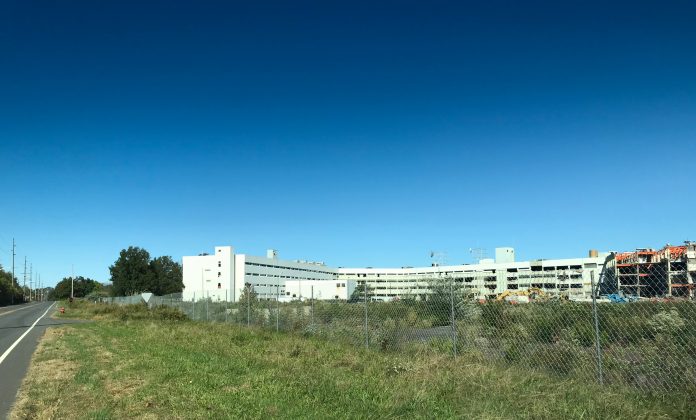 TINTON FALLS – The Fort Monmouth Economic Revitalization Authority (FMERA) has approved a resolution authorizing amendments to a redevelopment plan that includes a state-of-the-art medical campus in Tinton Falls on a portion of the former Fort Monmouth military base.

Authority members took the action during a meeting on Oct. 18.

Elected officials in Oceanport, Eatontown and Tinton Falls will now have 45 days to review the proposed site plans before submitting comments on the proposal to the authority, according to the resolution.

The reuse and redevelopment plan is part of FMERA’s initiative to repurpose vacant buildings at Fort Monmouth.

The construction of a high-tech business campus with a multi-use town center is proposed in the plan. The parcel of land that includes the former Myer Center would be transformed into a multi-tenant corporate facility, according to the resolution.

“The medical campus would include the creation of innovative and efficient health care facilities, support the needs of the community and facilitate new economic growth for  Tinton Falls and the surrounding communities,” the resolution states.

According to a memorandum that outlines the matter, the redevelopment of the Fort Monmouth property in Tinton Falls would include:

• A seven-story, 250,000- to 605,000-square-foot campus for future medical and health facilities, including an acute care hospital;

A separate redevelopment initiative of a second Fort Monmouth property in Tinton Falls includes the construction of residential units. Residential units will not be located on the same parcel as the medical campus.

He said FMERA is the designated authority for site plans of proposed development on the former base. Skudera said members of the authority are seeking input on the matter and will take those comments into consideration before moving forward.

“Depending on the comments, (the authority) could incorporate them into the final draft before the vote later this year,” he said.

Skudera said the redevelopment of the Fort Monmouth property could begin in early 2020.