centraljersey.com
Home Time Off ‘A Raisin In The Sun’ on stage at the Kelsey Theatre
Facebook
Twitter
Email
Print 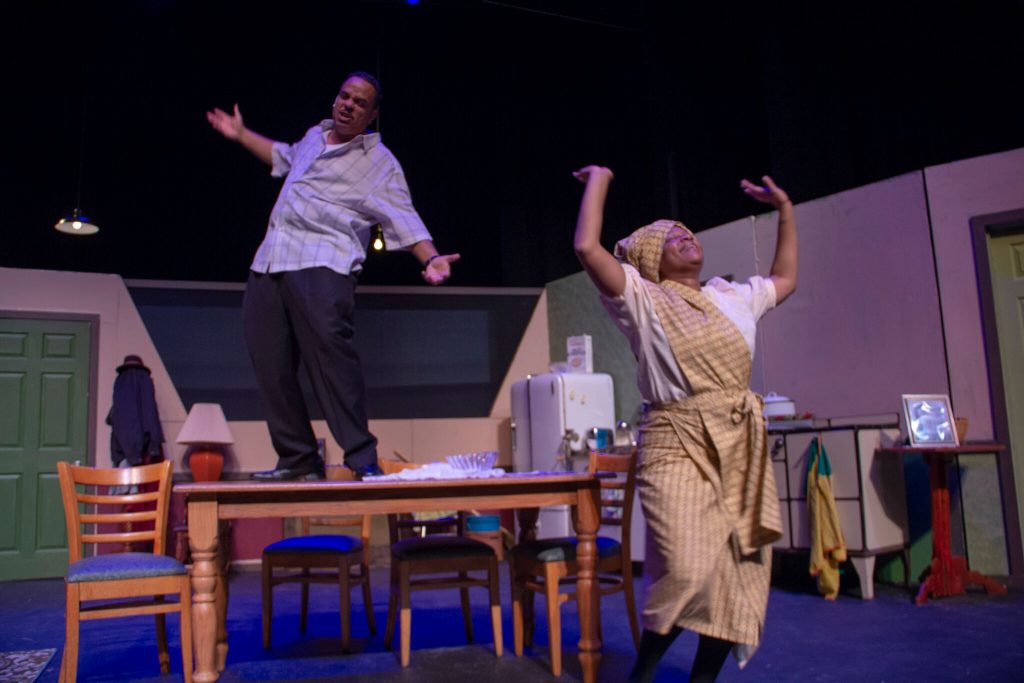 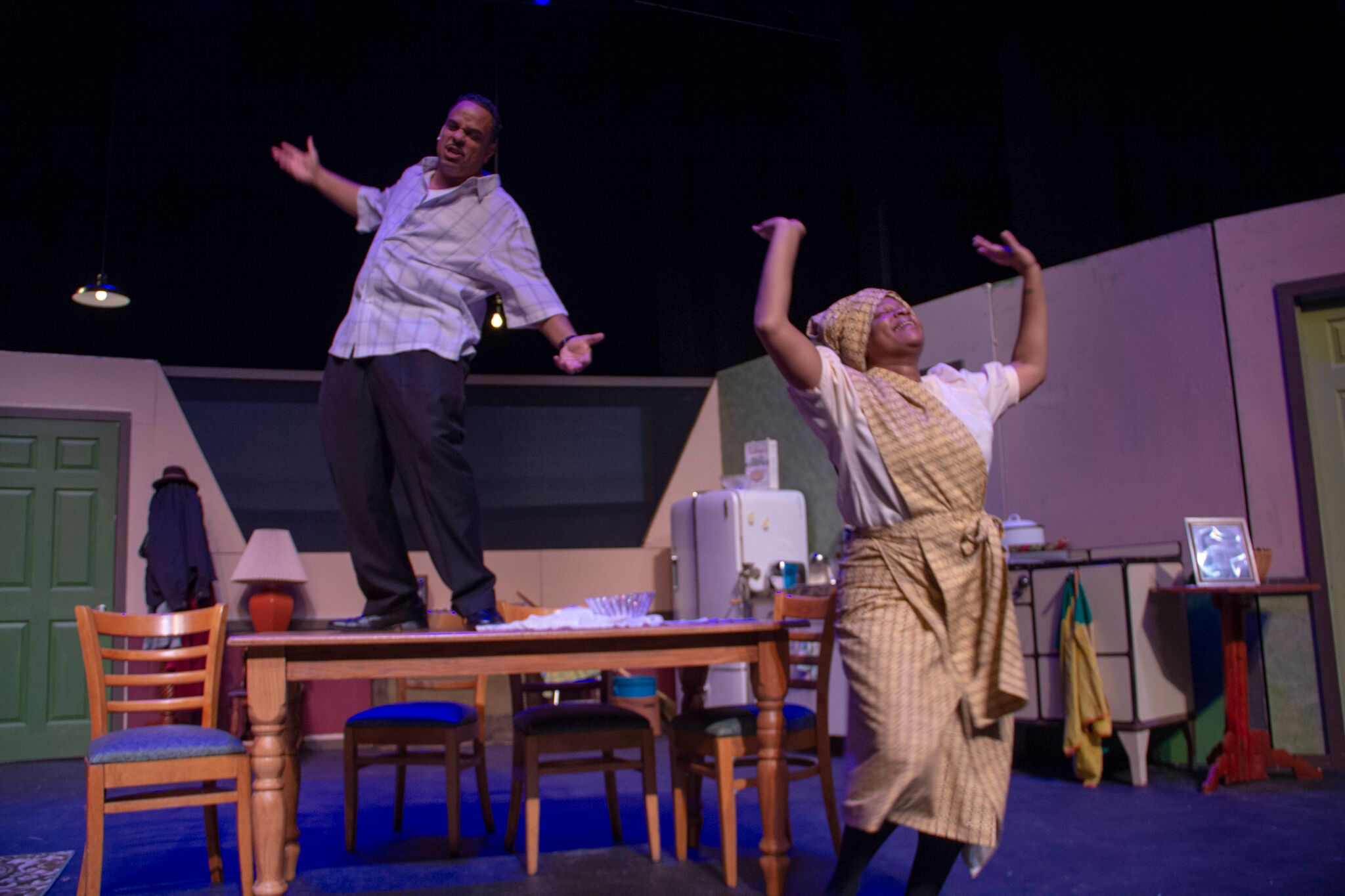 “A Raisin In The Sun,” the 1959 drama from Lorraine Hansberry, premiered Oct. 19 at the Kelsey Theatre on the campus of Mercer County Community College in West Windsor.

Set on the southside of Chicago in the early 1950’s, the play tells the story of a low-income black family who wants to further themselves in the world after receiving an insurance check for $10,000 following the death of their patriarch.

Walter, who is currently working as a limousine driver, wants nothing more than to further himself in life. He wants to be wealthy; he wants a better life for his family; and he wants to be like the rich white people whom he drives around. Walter would like to use the insurance check to purchase a liquor store and run his own business rather than continue to work for someone else. Lena, being a devout Catholic, feels investing money into a liquor business isn’t the best option.

Beneatha is not like Walter. She is more cultured and desires to have a good life, but doesn’t need wealth to do that. Currently in medical school, Beneatha aspires to be a doctor. Mama Lena has already told her some of the money will be put toward paying for her tuition. But we can see the independence and drive in Beneatha’s character, and it’s something to note because she is a black woman living in the 1950’s.

While at school, Beneatha is currently being pursued by two men: her rich and educated boyfriend, George Murchison (Shemerquez K. Rice), whom she likes to spend time with, but feels that there is no future; and Joseph Asagai (Jamil Long), who is from Nigeria and teaches Beneatha about her African background, but also judges her for living as white people do in the United States.

Ruth, not like either of the Younger siblings, is perfectly content with the way her life is at the moment. Her husband makes enough money to support the two of them, as well as their son, and she is satisfied enough with how things are. Ruth feels Mama Lena should spend the life insurance payout on herself and take a nice vacation, rather than spend it on her children. It is after all Lena’s money.

The Rev. Lukata Mjumbe, who portrays Walter, did an excellent job. His emotion onstage was realistic and his comic relief in some scenes was excellent. In scenes when Walter drank too much, Mjumbe captured the drunkenness of his character and it was very entertaining to watch.

Tonya Treadwell, who plays Beneatha, was great for the role; though she seemed a bit old for the part. The character of Beneatha is supposed to be a someone in medical school who is trying to be an adult, but still has adolescent tendencies. The casting choice for the part of Beneatha took away from the authenticity of the production.

Naimah Beyah, the actor who plays Ruth, did not give a great performance. Beyah seemed to lack any sort of emotion throughout most of the play. Whenever onstage, it just felt like she was reciting lines rather than actually being in the play. There did seem to be a glimmer of Beyah’s true potential in one of the closing scenes of Act I.

After Mama Lena decides to spend the life insurance money on a three-bedroom house in a white neighborhood in a nice area of Chicago, Ruth is overjoyed Lena has decided to help out all of the family and provide her family with a real home.

Here, Beyah is absolutely thrilled and we can see why she was cast in the role of Ruth. There was true passion in this scene for Beyah and she was entertaining to watch.

Overall, the Kelsey Theatre put on an entertaining performance of the classic production. Each actor was very engaging and the audience seemed drawn in. If you are looking for a fun night of theater, check out the production.

“A Raisin In The Sun” finishes its short run of only six performances on Sunday, Oct. 28, at Kelsey Theatre on the campus of Mercer County Community College, 1200 Old Trenton Road, West Windsor. For tickets and information, go to www.kelseyatmccc.org; 609-570-3333.