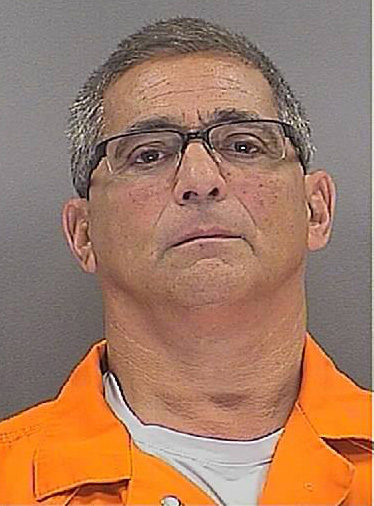 Alan J. Berman, 58, of Bordentown City was charged with sexually assaulting three boys at his residence, allowing multiple youths unrestricted access to a handgun, providing some of them with marijuana, and showing pornography to one of the boys. Photo courtesy of Burlington County Prosecutor's Office
×

Alan J. Berman, 58, of Bordentown City was charged with sexually assaulting three boys at his residence, allowing multiple youths unrestricted access to a handgun, providing some of them with marijuana, and showing pornography to one of the boys. Photo courtesy of Burlington County Prosecutor's Office

A Bordentown City man was recently arrested and charged with the sexual assault of three boys at his residence.

Officials allege that Berman sexually assaulted three boys, gave marijuana to two, showed pornography to one, and gave unrestricted access in his residence to a handgun, ammunition and magazines to five youths. One of the boys claimed that another boy pointed the firearm at him while it was loaded.

According to the prosecutor’s office, the incidents occurred at Berman’s residence. The boys are reported to be between the ages of 12 and 15-years-old. The victims and their families were acquainted with Berman at the time of the offenses.

One of the boys who was allegedly sexually assaulted told investigators that Berman threatened him not to disclose their actions, saying that nobody would believe any accusations because of his status with the fire company.

At the time of his arrest, Berman was employed as a campus security officer at Rider University in Lawrence and also served as a captain in the Bordentown City Volunteer Fire Department.

The investigation into Berman’s actions began earlier this year after the BCPO High-Tech Crimes Unit received intelligence from the National Center for Missing and Exploited Children (NCMEC) regarding his online activities.

According the BCPO, the NCMEC was told by an Arkansas woman that her teenage son was contacted online by a man, later identified as Berman, who was attempting to engage the teen in inappropriate conversations.

This is the second round of charges brought against Berman, who was arrested last month for allegedly portraying himself as a teenage girl in order to obtain nude photos and videos from a teenage boy.

Officials say Berman was also accused of engaging in additional sexually-explicit dialogue with the teenage boy as well as having possession of child pornography. The previous charges include four counts of endangering the welfare of a child.

Berman is set to be prosecuted by Assistant Prosecutor LaChia Bradshaw, who will prepare the case for presentation to a grand jury to be considered for indictment.

Anyone with information of Berman’s alleged inappropriate behavior is asked to call the prosecutor’s office at 609-265-5035 and ask to speak with a detective in the high-tech crimes unit.