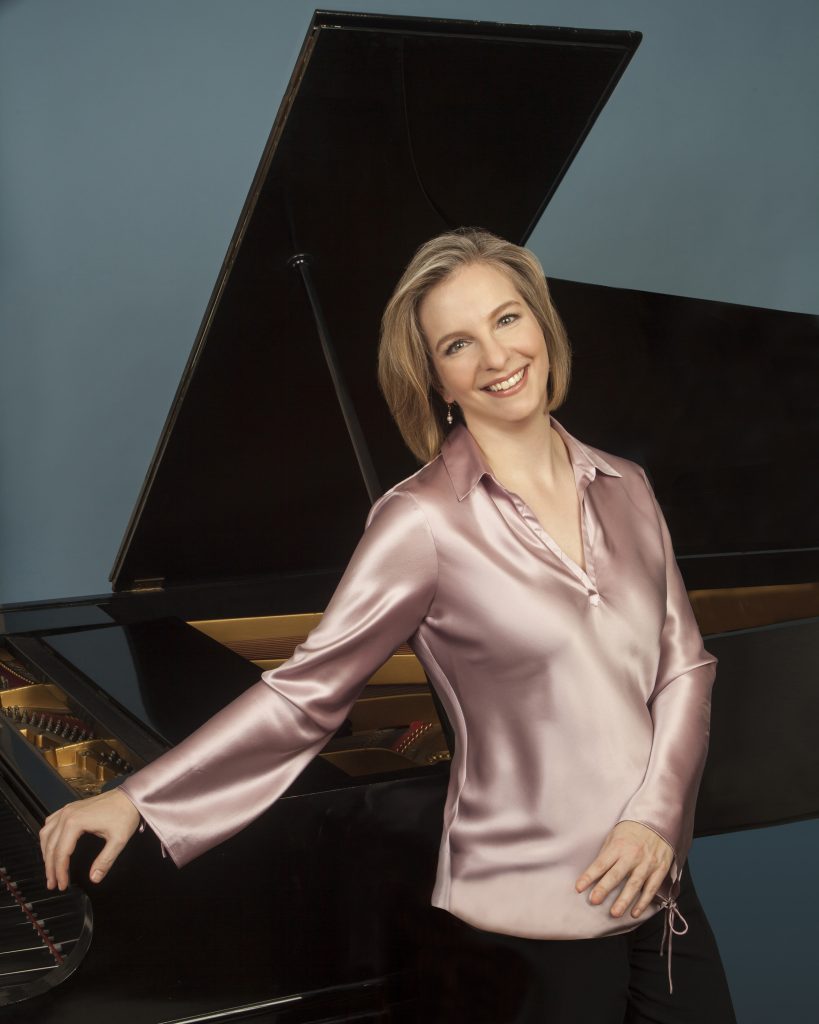 Orli Shaham, creator of 'Baby Got Bach' stands beside her piano.CHRISTIAN STEINER
× 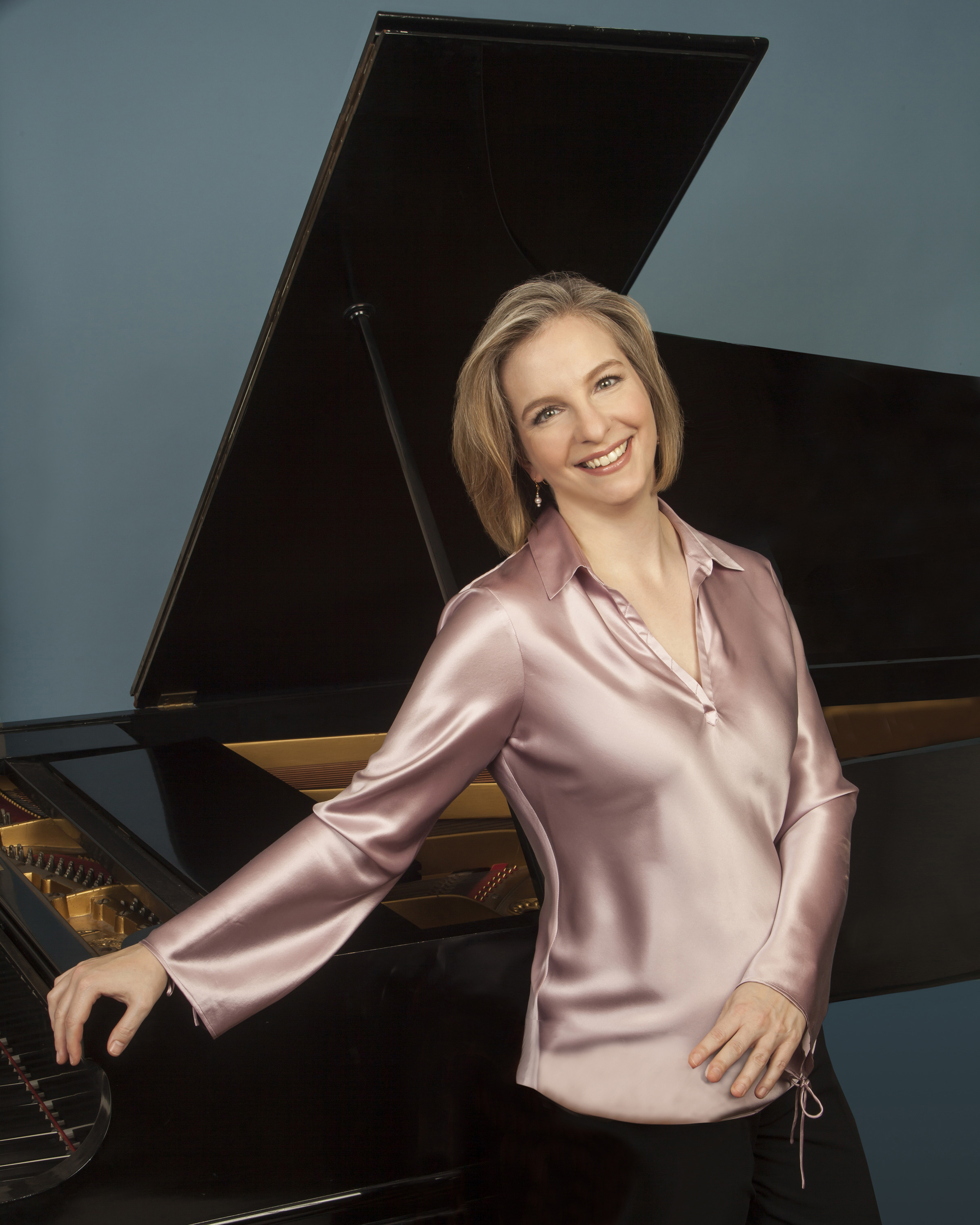 Orli Shaham, creator of 'Baby Got Bach' stands beside her piano.CHRISTIAN STEINER

Princeton University Concerts will welcome renowned concert pianist Orli Shaham along with the Westerlies Brass Quartet this Saturday, Nov. 3, at the Richardson Auditorium to present “Baby Got Bach: Bring on the Brass!”

“Baby Got Bach” is a family concert event recommended for children ages 3 to 6. The idea of the concert is to introduce pre-school age children to the joy of live classical music.

Started by Shaham in 2010, she got the idea for the interactive concerts after having twins and thinking about their musical education. Shaham, who began playing the piano herself at age 5 and began performing in her teens, wanted to make sure her children experienced the value of classical music like she did.

“I realized that the kind of comfort that I wanted to take this to, didn’t happen all that often,” Shaham said. “So, I decided to create a concert series for preschoolers and young elementary schoolers called ‘Baby Got Bach.’”

When creating the interactive program, Shaham did so with her own preschoolers in mind. After being involved in the field for so many years, Shaham knew the stories of many other professionals and what made them feel so close to the music, and then used that to work with the children.

“My feeling was that most musicians that I knew, particularly professional musicians but also amateurs that would come backstage, they all said that they had really deep exposure to music between the ages of 3 and 6. So, I really wanted to target that age as a time to really expose children to that kind of music. And so, I wanted to give them something that they can listen to and really get something out of, but also something where they can participate. So, I put together a show that has a number of different configurations, but the essential elements are that it’s quite interactive. They [the children] can practice doing things to the music, often playing actual instruments as a part of the show, but also their active listening is very rewarding in some way. There are some elements in the program where that practice of active listening and that focus is really the main goal. And by the end of the program, I feel the kids leave feeling that they really [not only] enjoyed the singing, but the listening too, and with any luck this leads to them wanting more interactions with music.”

Now, eight years later, Shaham is starting to see some of the first children who attended the initial shows come back and offer to volunteer at performances now. But Shaham also noted her own personal highlights from each performance.

“One moment that I love is that I almost always begin every program by playing a little bit of solo Bach at the piano,” she said. “During that moment, there is always a few hushed seconds of total rapt attention from the audience, regardless of how big it is. It is total silence for a few blissful seconds from all these people just thrilled to experience the sound of the music and not one of them interrupts. That’s one moment that comes up in every performance that I completely love.”

Shaham makes it a point to bring the children a performance that would be presented in the same way for any adult who would attend a live classical music production.

“We don’t dumb anything down for these kids; we shorten it because of their attention spans, but the music we play is all real and really well played. I get great guest artists to join me on some of these shows,” she said.

Working with the Westerlies Brass Quartet at Princeton University for the Nov. 3 performance, the “Baby Got Bach” performance will have a brass twist.

“They are a brass quartet,” Shaham said. “Two trumpets and two trombones, quite the unusual combination. But one of the reasons that I have chosen to work with them is they write a lot of their own music, but they are fabulous at improvising. So, they kind of bridge this gap between jazz and classical. They are all incredible at their own instruments, but as an ensemble they play like one of the best string quartets, but as the best jazz quartets.”

Working with many different musicians and performers throughout the years, Shaham is pleased with what she has done for the children.

“I find it so gratifying and satisfying,” she said. “People are often talking about the essence of classical music or some way that it has disappeared from our culture, but the truth is, is that you just need to expose people to it in some way. And people love it. To me, that’s such an important take away from the program. There aren’t kids coming away from the show [saying], ‘I hated that music.’ That just doesn’t happen; it’s not an option. Now whether that is the type of genre of music they want to listen to for their whole entire life, that’s a different story. But they all come away with an appreciation of how beautiful it is and how communicative it is.”