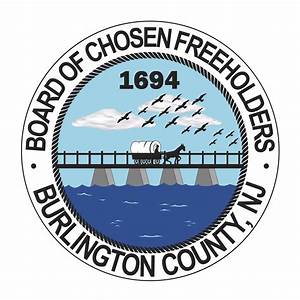 Based on a report from S&P Global Inc., a global provider for credit ratings, the county’s most recent financial achievement comes two months after a Moody’s Investors Service upgrading, where the county said its credit rating received the highest level it has ever achieved from the agency, according to a press release from the Burlington County Board of Chosen Freeholders.

“We are thrilled the freeholder board’s year-after-year commitment to cutting property taxes and doing more with less has now been validated by two of the nation’s top credit rating agencies,” Gibbs said. “Our team continues to find ways to cut spending, while expanding the services offered to residents. There’s a saying, ‘if it’s not broken, don’t fix it,’ but when it comes to the county’s finances, we are making them better than they have ever been.”

County officials said on Oct. 31 that S&P Global Inc. reviewed its outlook on the county’s long-term rating to positive from stable and affirmed its AA credit rating. The AA rating means the county’s finances are deemed to be strong.

According to the county, the Moody’s Investors Service credit rating upgrade in August was validated by the county’s financial management, sizable and growing tax base, an unemployment rate healthier than the state and national average, and how the county recurrently shares services with its municipalities.

Officials said the upgrade is expected to deliver more than $1 million in interest savings over the next five years by allowing the county to access lower borrowing rates.

“Delivering real results and improving the quality of life of our residents by investing in what matters most will remain a top priority of ours,” Gibbs said. “I am proud the things we are doing continue to set Burlington apart from other counties in the state.”

For the past decade, county officials said, the freeholder board has cut the total county property tax levy by close to $10 million, saving county residents a cumulative amount of more than $105 million, compared to all other counties in the state reported to have had an average cumulative increase of $188 million during the same period.

With the 2018 budget, county officials said it is able to maintain the lowest annual cost per resident in the state at nearly half the amount of the statewide average, while providing beneficial county services, according to the press release.