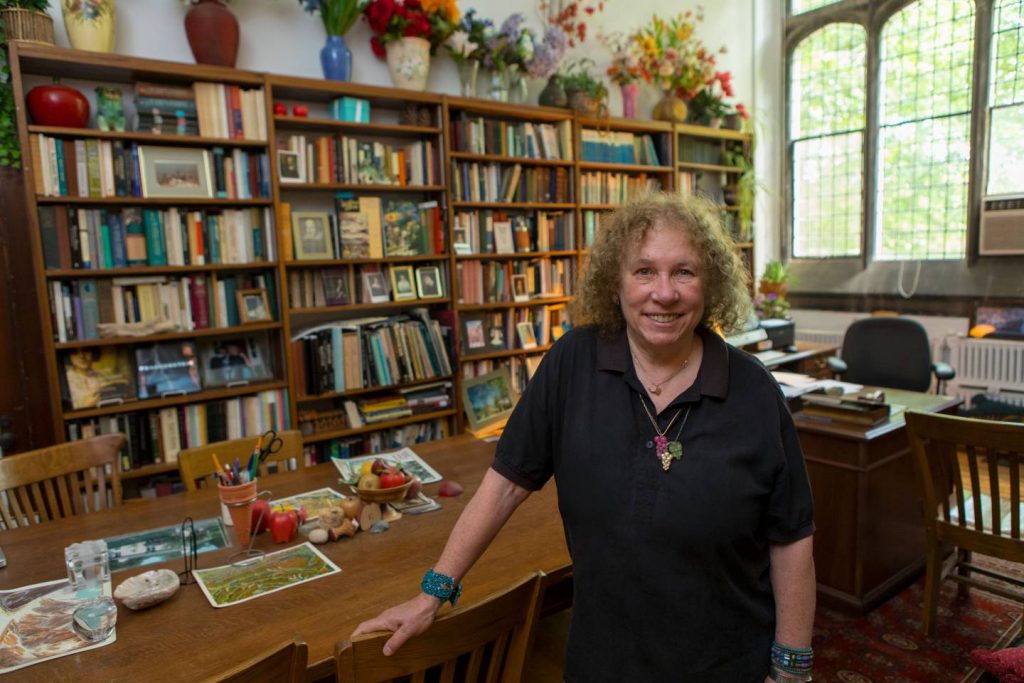 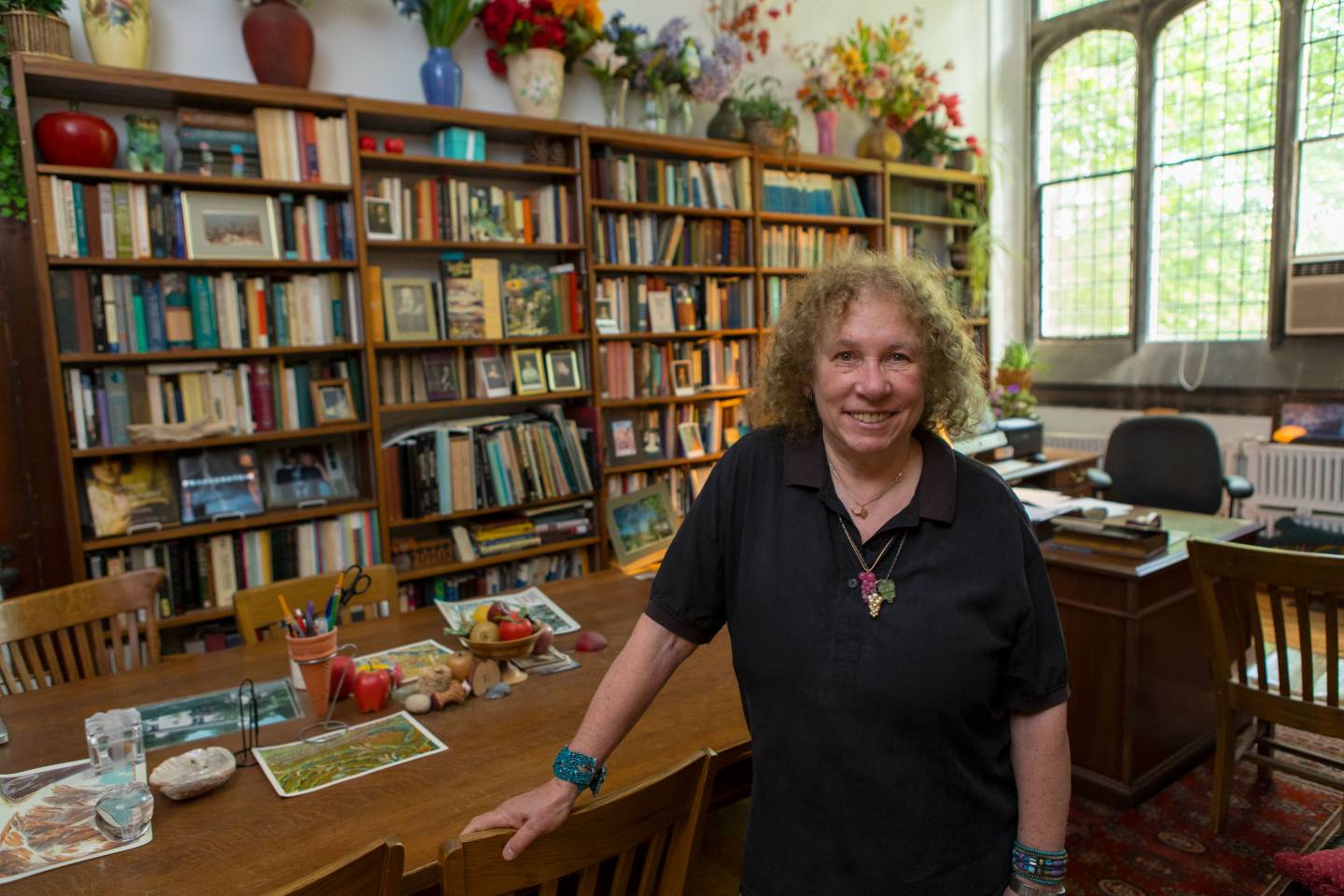 I am horrified to admit it took a monster to expose my literary deficit disorder (LDD).

During the past few weeks, I came to the very scary realization that I am one of “those” people who in recent weeks have been outed for having a major gap in the content of their high school and college education.

Princeton University English Professor Susan Wolfson, leader of Princeton’s recent “Frankenstein” 200th birthday celebratory events, is treating my LDD. I am committed to getting better and spreading the cure to the many others suffering from the deficit.

It’s a simple three-step treatment program: 1. Own up to the fact you never read Mary Wollstonecraft Shelley’s “Frankenstein”; 2. Read Susan Wolfson’s and Ron Levao’s book “The Annotated Frankenstein,” Harvard University Press, 2012; and 3. Tell others (whether or not they have read “Frankenstein”) to read the Wolfson/Levao book for a deeper appreciation of the profound, complex and relevant themes (ethics, prejudice, physical deformity, vulnerability) in “Frankenstein.”

“Many people come to ‘Frankenstein’ first through popular culture as vocabulary of a monster for sheer gothic terror or comedy,” said Wolfson.

She was describing my superficial understanding of “Frankenstein,” because of the fact the book was never part of my high school or college literary curriculum.

It was popular culture, ironically, that sparked my desire to delve more deeply into “Frankenstein” and its uncanny relevance to the contemporary issues over which I am continually angsting. I learned about Susan Wolfson and her extraordinary “Frankenstein” scholarship, thanks to a short talk she gave as part of an Oct. 21 program at the Dohm Alley Public Art Initiative.

“Don’t feel too bad about your ignorance,” said Wolfson. “Before the 1980s, women writers were not studied, and ‘Frankenstein’ was regarded as trash…. In the 1980s, works of women writers finally found their way into the literature and social sciences curricula…. My high school curriculum also ignored ‘Frankenstein.’ For me at that time, ‘Frankenstein’ was nothing more than Boris Karloff. Then as an undergraduate at Berkeley, I read the novel and discovered a whole new perspective. The creature was not a monster; he was rejected on the basis of his physical appearance – like others in society. In Mary Shelley’s time, the most disrespected were the Africans, women, and members of the working class.”

The ethical dimension of “Frankenstein” propelled it from the genre of merely sensational science fiction, to supply a ready label for disturbing developments in culture – especially in science, particularly connected to ethical blindness, deficiency or indifference, she explained.

According to the Open Syllabus project, “Frankenstein” now is the most frequently taught work of literature in college English courses and the fifth most frequently taught book in college courses in all disciplines. It is certainly one of the most read British novels in the world. Celebrating the 200th anniversary of the work fosters discussion about issues such as ethics in science and the human tendency to demonize the unfamiliar.

“First published in 1818, very possibly the most famous debut novel in English, Mary Shelley’s ‘Frankenstein: Or, The New Prometheus’ has never been out of print. Far fewer people have read this somewhat difficult and didactic novel than know, or think that they know, who ‘Frankenstein’ was. Long ago, the grotesque figure of Dr. Frankenstein’s Monster became detached from its literary context, as from its creator. Highly recommended is ‘The Annotated Frankenstein,’ edited by Susan J. Wolfson and Ronald Levao, who seem to know, between them, all that there is to know about ‘Frankenstein,’ including his myriad cinematic metamorphoses over the decades,” said retired Princeton University writing professor and renowned author Joyce Carol Oates, in a review for The Globe and Mail. Professor Oates participated in a Nov. 7 Princeton University panel discussion of “Frankenstein’s Progeny, Science and Culture.”

The following night, on Nov. 8, Wolfson gave a lecture titled “Frankenstein,and the Dream of Science,” which focused on “astounding ethical deficiency.”

“’Frankenstein’ has entered our culture as a cautionary tale about experiments that release monsters into the world,” said Wolfson. “The original novel unfolds the dehumanizing erosions of the scientist, not just by metaphysical hubris, but also by astounding ethical deficiency. The reviews 200 years ago were outraged by the blasphemy of a human creator. Mary Shelley shows the creation of a ‘monster’ by human failures, not just Victor Frankenstein’s but in outrageous social prejudice and abuse. This dimension releases ‘Frankenstein’ from the already dubious genre of sensational science fiction, as the default name for disturbing developments in culture, especially in science, and especially in ethical blindness, deficiency or indifference.

“The most disturbing aspect of this Creature is his ‘humanity.’ This pathos of his hope for family and social acceptance, his intuitive benevolence, bitterness about abuse and skill with language (which a Princeton valedictorian might envy) that solicits fellow-human attention (are) all denied by misfortune of physical formation. The deepest power of ‘Frankenstein,’ still in force 200 years on, is not its so-called monster, but its exposure of ‘monster’ as a contingency of human sympathy,” said Wolfson.

“How interesting it was for me to see people absorbing the novel and its message for the first time,” Wolfson said. “They were moved by the creature’s narrative reflecting how he was abandoned, abused, how he longed for acceptance and was rejected only on the basis of his physical appearance. The rejections turn him vengeful. Born with a human capacity for community and affection, the monster was reviled and abused because of his unacceptable physical appearance. The analogy to racism and sexism is obvious. In Victorian times, women were regarded as subhuman creatures, foreigners were feared, and people with different skin color were mistrusted and considered unequal. People were moved by the fact that the novels so skillfully distributes the language of monstrosity to a wide range of situations and behaviors, including corrupt legal institutions.”

In addition the monster has played a pivotal role in Wolfson’s marriage. Her husband, a professor at Rutgers, co-edited the text. Civility prevailed, neither turned into a monster and the longtime Princeton residents still are happily supporting one another’s professional endeavors.

Princeton Frankenread will be organizing and sponsoring a range of other events throughout the academic year. The next scheduled event is March 27: “Frankenstein, Ethics, and Teaching Across the Disciplines.” Please check the website for updates, www.frankenstein200.princeton.edu.