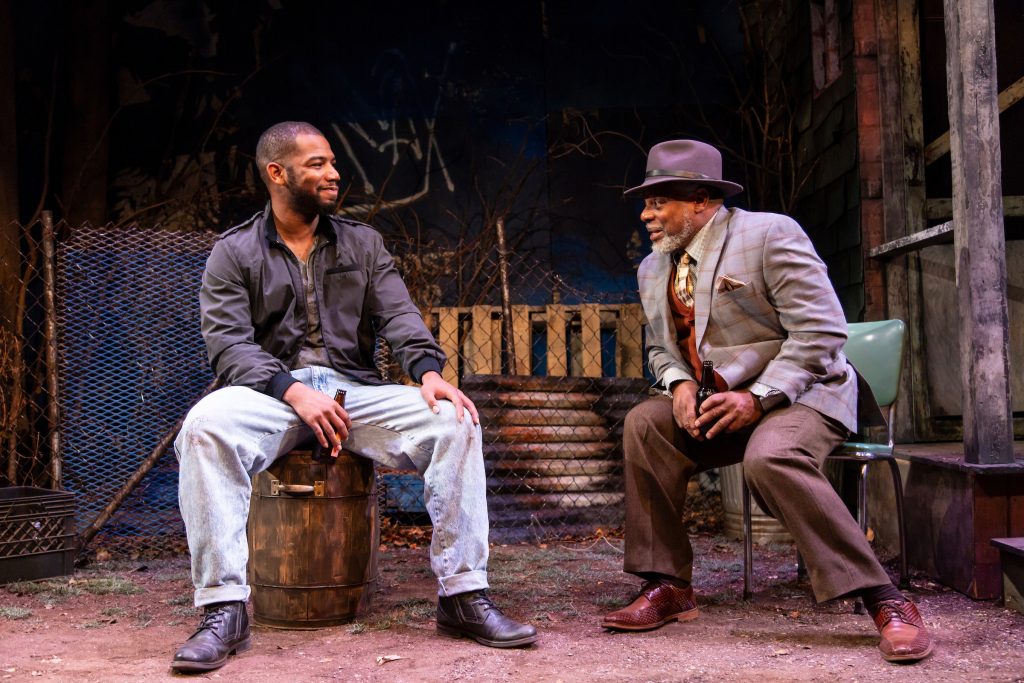 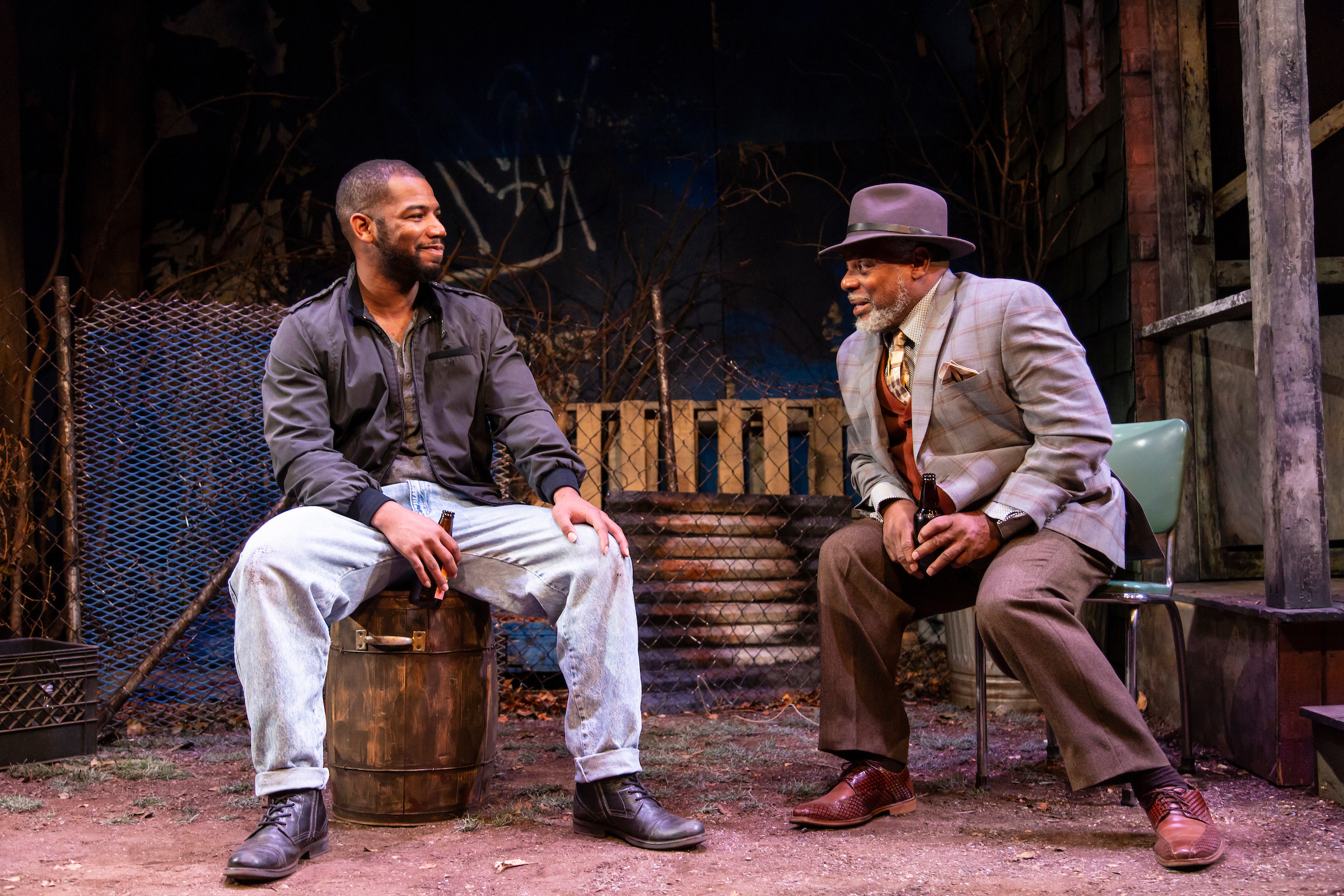 The Two River Theater has made a commitment to present all 10 of August Wilson’s cycle and “King Hedley II” marks the halfway point for the theater.

Set in Pittsburgh, Pennsylvania, in 1985, “King Hedley II” follows the story of the title character King Hedley (Blake Morris), a former convict who has been recently released from prison.

Now trying to start his life over, Hedley is attempting to put aside $10,000 in an attempt to purchase a video store with his friend, Mister (Charlie Hudson III), by selling stolen refrigerators throughout Pittsburgh.

Living with his mother, Ruby (Elain Graham), and his wife Tonya (Brittany Bellizeare), Hedley lives next door to a man named Stool Pigeon (Brian D. Coats), who is viewed as a bit of a loon. Preaching the word of the Gospel and going on about natural disasters being an act of God, Stool Pigeon brings a character like no other to the production.

Ruby shares with King she has received a letter from a man named Elmore (Harvy Banks), a former boyfriend, who shares he is coming into town proclaiming he is a changed man. Wary of his statement, Ruby warns King not to get involved with the gambler, saying he is always up to trouble.

Banks, who started off slow after forgetting his opening monologue, did not miss a beat for the remainder of the show once he established himself. His fast-paced speech is what the shady character of Elmore needs and Banks does a great job in bringing that to the stage.

After selling a total of four refrigerators in less than a week, Mister tells King he wants his part of their savings. King, trying to convince Mister they are almost at their $10,000 goal, pleads with him to just stay patient a little longer.

Explaining to King his ex-girlfriend took all of his furniture when she walked out on him, Mister doesn’t want to save for the video store any longer. In a final attempt to sway him, King tells Mister if he leaves the savings alone, he will agree to rob a local jewelry store Mister has been going on about. The two agree.

Morris as King Hedley II brought true talent as an actor to the production. The character of King Hedley II requires someone to be able to bring a hard exterior and even show a little scariness, but also have a strong and compassionate side, which we see through his relationship with his wife, Tonya.

We can see how determined Hedley is to start his life over and provide for his wife, but we also can see the fear of failure that drives the determination. Morris holds a pallet of flair as an actor and wears each emotion on his sleeve. He is a joy to watch.

One of my favorite aspects of the production is the set design. Put together by Michael Carnahan, the set of the play felt very authentic. In production on Two River Theater’s smaller stage, the stage is on what looked to be a small retaining wall which held a true dirt floor.

The play, which takes place in not the greatest part of Pittsburgh, is set in front of two very old houses. The stoops of the houses, which face the audience, have open front doors and give the audience an opportunity to see the detail inside of each one. From the peeling wallpaper on King’s walls to the stacks of newspapers in Stool Pigeon’s foyer, there was no lack for detail.

Between the two homes is a wire fence that’s falling down from years of wear and garbage pails next to milk crates and wooden barrels, serving as seats throughout the play.

Growing on the sides of both homes and in the background, we can see dying vines. Warped around the walls and fences, the old plant life gives us an idea of how old the homes are supposed to be. Carnahan did a spectacular job in setting the scene and his eye for detail is impressive.