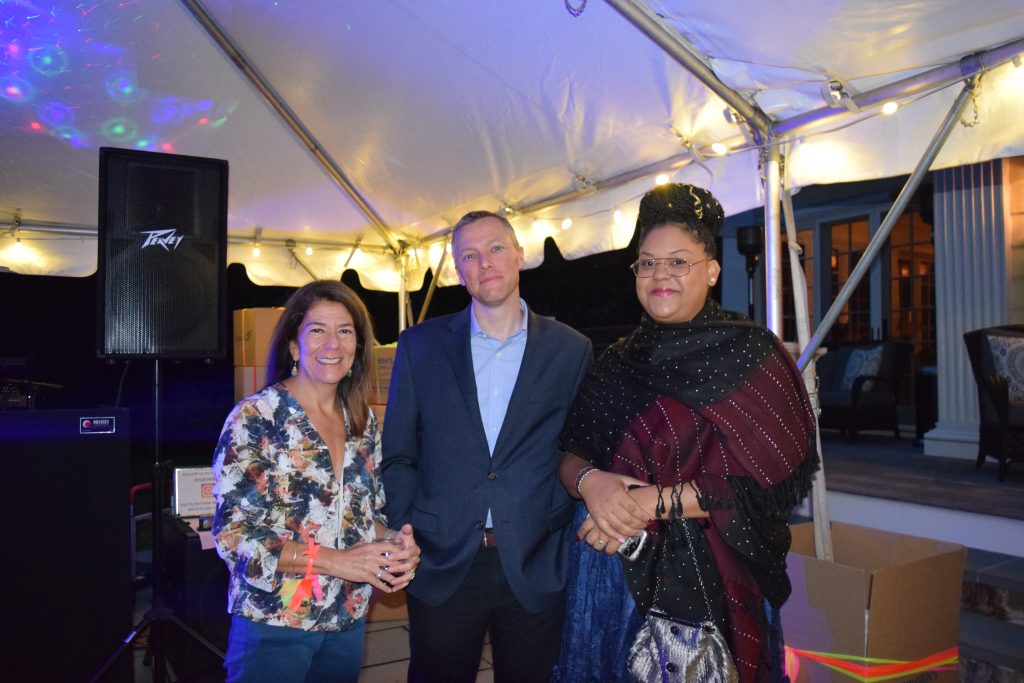 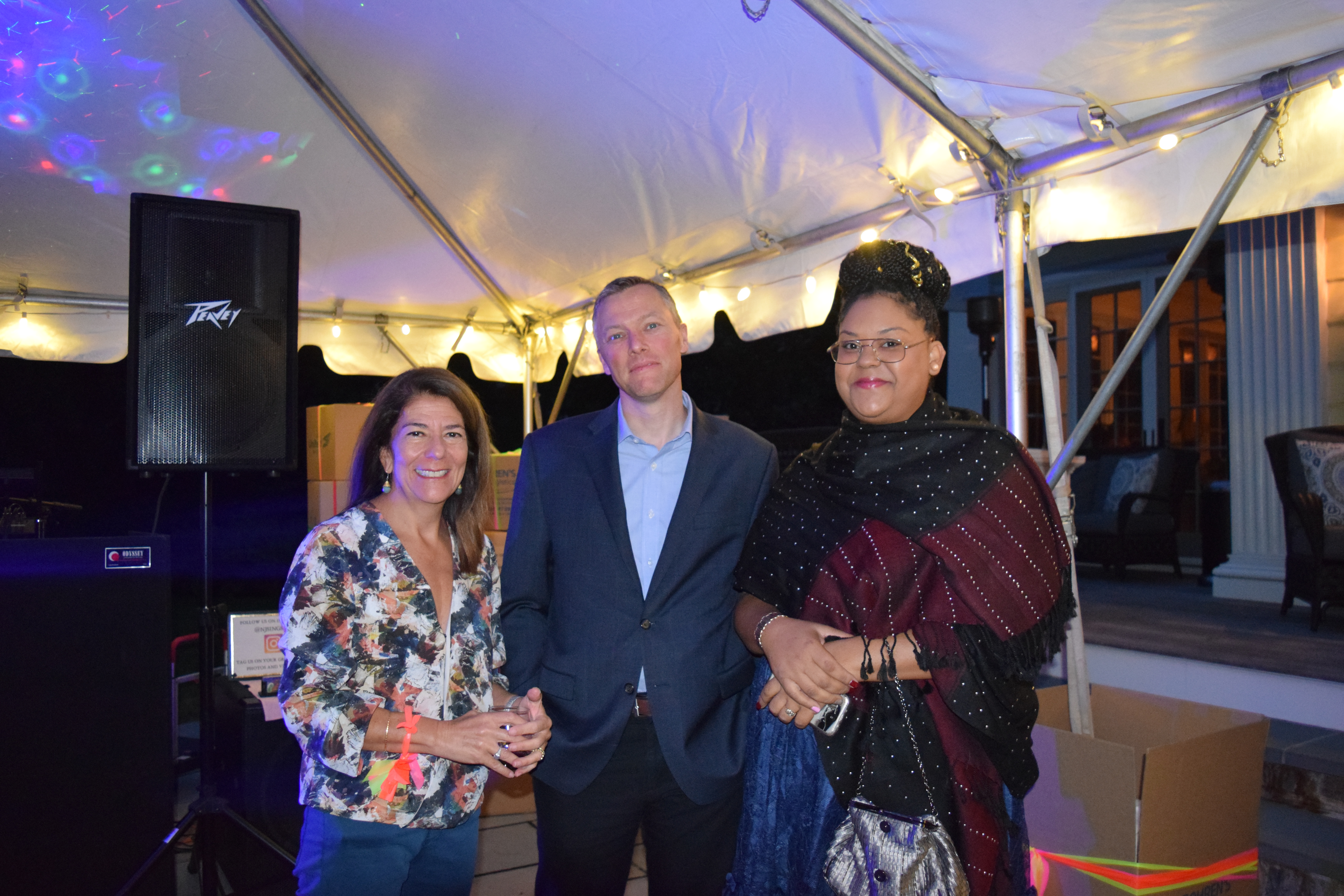 Princeton resident Carol Golden in late 2017 felt like the Grinch who was stealing Christmas from a Trenton family in dire need of safe housing.

A year went by and Carol became a Santa Claus to this same mother and her three teenage children for whom every day now is a Christmas right out of Dickens’ A Christmas Carol.

Princeton’s Carol had a lot of help from friends and colleagues – not ghosts – in making this transformation. They included: Princeton University Sociology Professor Matthew Desmond; Princeton native and pre-school teacher Emily Reeves; and numerous donors and volunteers at Housing Initiatives of Princeton, where Carol works full-time for no salary as chair of the board.

“I remember feeling awful that Housing Initiatives of Princeton (HIP) was unable to help Vanessa, who came to us in desperate need of one of our interim housing units. Working at a steady job as a home health care worker and single handedly raising three teenage children, Vanessa was not asking for free housing, just low-rental interim housing to get her through a rough time. But we had nothing available. All three of our units were occupied. I had to tell her ‘sorry’ and send her on her way,” Carol said.

HIP provides transitional housing coupled with supportive services (legal, educational, health, social) to low-income families who are on the verge of becoming homeless. In addition it offers emergency rental assistance to those in danger of being evicted or in need help with a security deposit.

Shortly after Carol had to say ‘no’ to Vanessa Solivan’s request for housing, serendipity and generosity stepped in to change Vanessa’s life.

Princeton University Professor Matthew Desmond, a world-renowned, Pulitzer-Prize-winning writer and researcher on the topic of poverty, asked Carol for the name of an individual whose day-to-day activities he could follow in order to document the oppressive circumstances of living in a housing and food insecure environment.

“It was just serendipitous that Vanessa came to me a short time before Matt came to me. So I was able to connect the two of them. I had no idea how things would unfold as far as ultimately helping her.  But I figured that if she were willing to work with Matt to get her story out, it might help her – and others struggling to survive,” said Carol.

The New York Times on Sunday, Sept. 11, 2018, published Matthew’s riveting account of the time he spent Vanessa Solivan and her family. I excerpted below:

“Vanessa Solivan and her three children fled their last place in June 2015, after a young man was shot and killed around the corner. They found a floor to sleep on in Vanessa’s parents’ home on North Clinton Avenue in East Trenton. It wasn’t a safer neighborhood, but it was a known one. Vanessa took only what she could cram into her station wagon, a 2004 Chrysler Pacifica, letting the bed bugs have the rest…..(When for a variety of reasons the East Trenton floor proved unsustainable, they opted for a motel.)

“When Vanessa couldn’t get a motel, the family spent the night in the Chrysler. The back of the station wagon held the essentials: pillows and blankets, combs and toothbrushes, extra clothes, jackets and nonperishable food. But there were also wrinkled photos of her kids….

“When Vanessa stayed at a hotel, her food options were limited to what she could heat in the microwave; when she slept in her car, the family had to settle for grab-and-go options, which tend to be more expensive.”

“The situation described by Matt is what I had to say no to – unbearable,” said Carol, who since she became chair has been searching for a way that HIP could acquire more housing units to accommodate more individuals like Vanessa.

Enter Emily Reeves. Princetonians know Emily, born and raised in Princeton, for her many years of serving the community as a teacher and photographer. Seventeen years ago, Emily, who graduated from Princeton High School in 1981, bought a market-rate two bedroom, one and a half bath townhouse at Griggs Farm.

Even though she loved the Griggs Farm community, Emily reached a point in her life when being able to live within walking distance of the many of the social and professional activities occupying her life became a priority. She started to look to move to a modest home close to the center of Princeton. When she was lucky enough to find a home that accommodated her budgetary and geographic goals, Emily’s community service instincts kicked into play. She tried to figure out a way to turn her good fortune into a good fortune for someone else.

“I am friendly with individuals involved with HIP and was familiar with its wonderful mission. Then my friends told me about HIP’s need for more properties, and it hit me that I could help. I was in a position to sell my house to HIP for below the assessed market value. I got what I needed to buy another small house in town, while being able to contribute to HIP’s really worthy mission,” said Emily.

“I never have met Vanessa, but I do know that she and her family were thrilled at the opportunity to live here and will continue to be thrilled as time goes on. It is a wonderful mix of socio, economic, age, professional, and ethnic diversity. The grounds are beautiful, great for walking and picnicking – and it is safe,” Emily said.

HIP then ramped up fundraising to get enough money for a down payment and mortgage to purchase Emily’s property. Purchasing more properties might be fiscally unrealistic for HIP, so Carol is seeking rental properties from generous individuals who would be willing to rent a unit to HIP at a rate well below the current market rate for the Princeton region.

I have to give Matt Desmond in his New York TimesMagazinearticle (9/11/2018) the last word – as food for thought during this food-filled, gift-abundant time of year.

“Vanessa works steady hours and likes her job, even the tougher bits like bathing the infirm or hoisting someone out of bed with a Hoyer lift. ‘I get to help people,’ she said, ‘and be around older people and learn a lot of stuff from them.’ ….After juggling the kids and managing her diabetes, Vanessa is able to work 20 to 30 hours a week, which earns her around $1,200 a month. And that’s when things go well.

These days,we’re told that the American economy is strong. Unemployment is down, the Dow Jones industrial average is north of 25,000 and millions of jobs are going unfilled. But for people like Vanessa, the question is not, Can I land a job? (The answer is almost certainly, Yes, you can.) Instead the question is, What kinds of jobs are available to people without much education? By and large, the answer is: jobs that do not pay enough to live on.

In recent decades, the nation’s tremendous economic growth has not led to broad social uplift. Economists call it the “productivity-pay gap” — the fact that over the last 40 years, the economy has expanded and corporate profits have risen, but real wages have remained flat for workers without a college education. Since 1973, American productivity has increased by 77 percent, while hourly pay has grown by only 12 percent. If the federal minimum wage tracked productivity, it would be more than $20 an hour, not today’s poverty wage of $7.25.

American workers are being shut out of the profits they are helping to generate.”