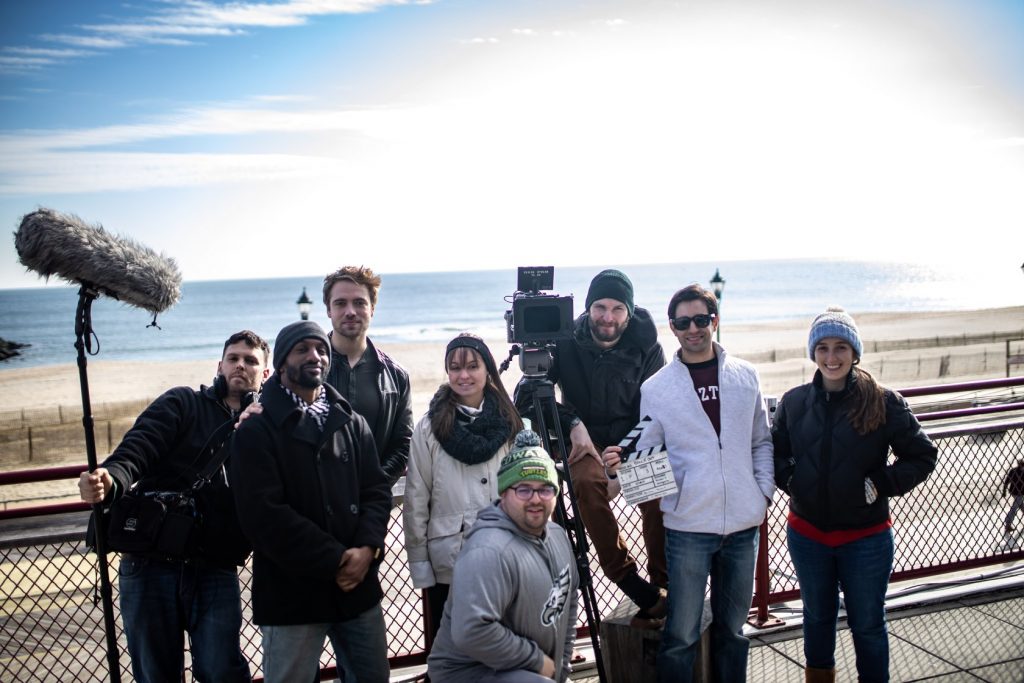 The crew of "Blackout" stands on the Asbury Park boardwalk during a production day.ROBERT CHILD
× 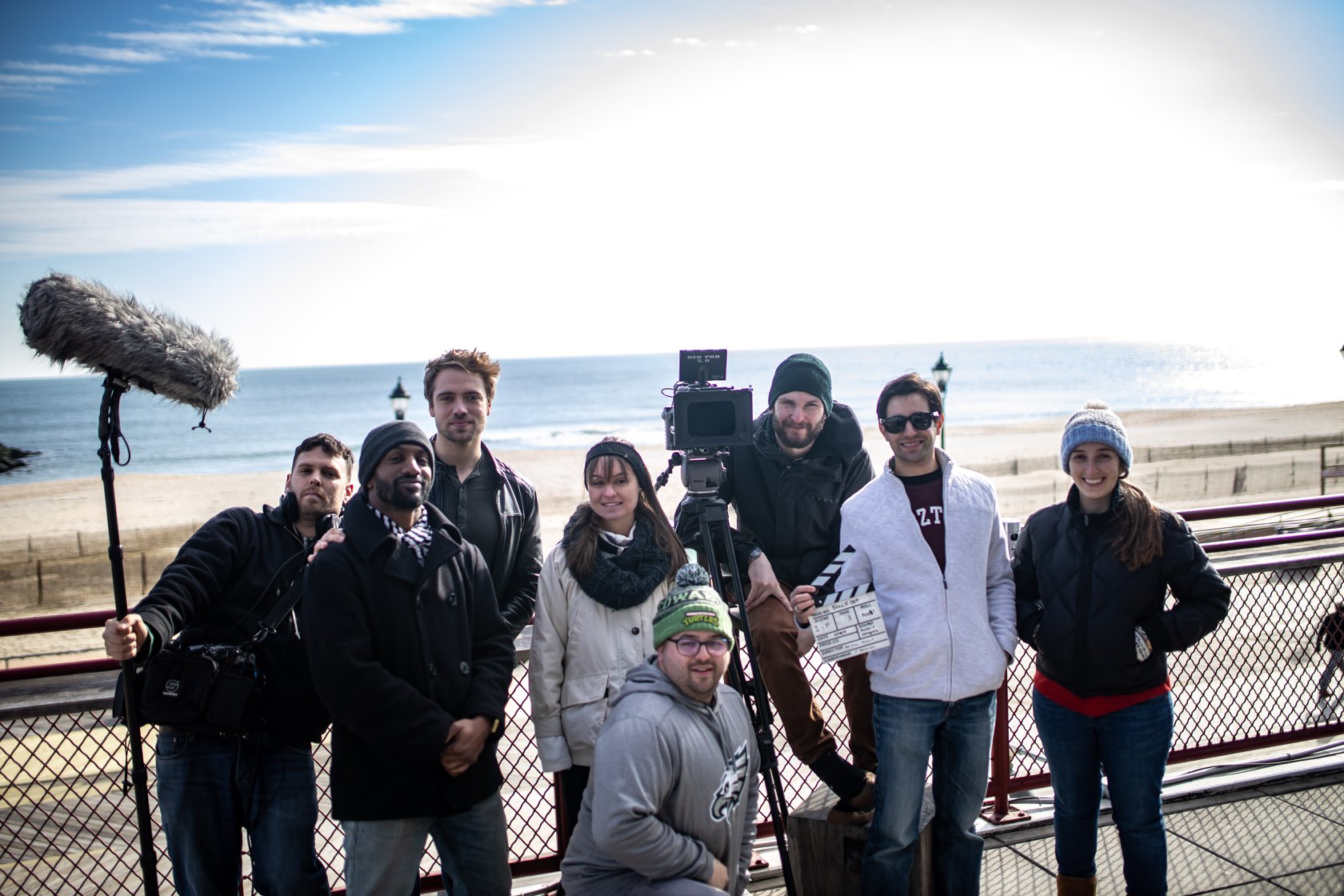 The crew of "Blackout" stands on the Asbury Park boardwalk during a production day.ROBERT CHILD

What would two strangers discuss during their last eight minutes and 20 seconds of sunlight?

That is the question being asked – and answered – in Rob Ciano and Stanton Hunter’s recently shot short film, “Blackout,” which was filmed on Nov. 21 at The Watermark, a bar and lounge with a rooftop view in Asbury Park.

After going their separate ways after high school — Hunter graduated in 2004, and Ciano in 2006 — they reconnected after Hunter reached out to Ciano for feedback on an early version of the “Blackout” script in 2013.

“[Hunter] asked what I thought of it and if I had any constructive criticism, and I said, ‘It’s a really good concept, you have some really great characters,’ but I kind of just felt like it needed a rewrite, so I asked if he minded if I took a stab at it,” Ciano said.

The idea for the film, Hunter said, came from watching a Tom Hanks movie that mentioned how long it takes for light to travel to Earth.

The film features two main characters, Sampson and Darryl, as well as two voice actors acting as radio announcers. NASA learns the sun is going to “go out,” and the two men meet minutes before the event is to occur. They spend the last few minutes of sunlight having a conversation about philosophy, humanity, religion, fears and regrets.

“The radio announcers are there to introduce some of the scientific concepts to the film, as well as to let the characters know when the event is actually taking place to start that eight minutes and 20 seconds countdown,” Ciano said.

At the auditions for the film, Ciano and Hunter — co-directors and co-producers for “Blackout” — came across a familiar name, Roland Lane, a former Hillsborough High School Advanced Video and Film classmate.

After reading lines for both roles, Lane was casted as Darryl.

While the cast and crew were scheduled to film for two days in Asbury Park, the process was delayed due to rain on day one, Nov. 20. On day two, however, things ran smoothly, with filming beginning at 4 a.m.

“We had time to get some night shots, then we waited around for first light and once that hit, we just started rolling,” Hunter said.

Ciano said that, during the writing and filming process, his hometown and the people who live there were in the back of his mind.

“Blackout” is the first short film Hunter and Ciano have worked on together since high school, and they both believe their work has come a long way.

“It’s a really good feeling to finally get on set,” Ciano said. “We’ve been working on this film for years, and the feeling of actually getting to set, seeing the actors say the words that you’ve written is this really interesting feeling of realization.”

Hunter, who had lived in and worked on film projects in Los Angeles and Seattle years prior to returning to New Jersey, said working on “Blackout” with Ciano took a “huge weight” off his shoulders.

“I feel refreshed and relieved that I got to work with someone I can see building a team off of,” he said. “Hopefully there is more of this to come.”

Hunter and Ciano plan to complete the editing process on Dec. 1 and submit “Blackout” to the Garden State Film Festival, taking place in Asbury Park from March 28-31. They also hope to release the film digitally soon after it is shown at other festivals.

“All three of us started in the same classroom. We went out to different places in the country. We ended up coming back to the same general area and created what I think is going to be a really good product,” Ciano said. 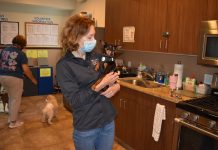 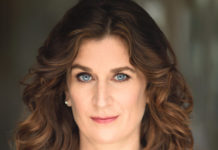 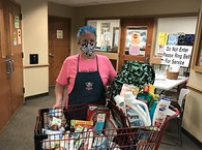