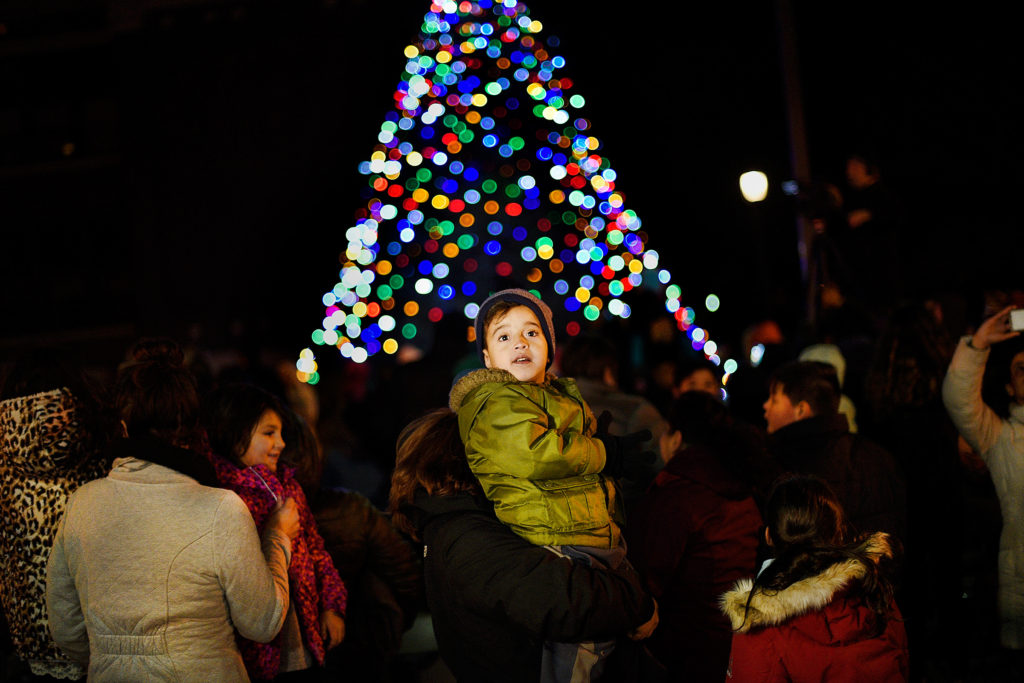 OLD BRIDGE — For 15 years, the TA Sprinkler Light Show at a residence on Central Avenue has brought holiday cheer with its extravagant 20-minute light show.

The show kicked off on Dec. 1 and runs Wednesday through Sunday during December; however, the success of the show over the years has caused a bit of a rift between Old Bridge and the Apruzzi family, which played out during a recent Township Council meeting.

On Nov. 19, Thomas and Kris Apruzzi attended a council meeting with many of their neighbors to express disapproval of a proposed ordinance that called for year-round residential parking only on Central Avenue, West Avenue, Brookside Avenue, Riverdale Avenue and North Street.

Mayor Owen Henry said the ordinance came about as a public safety issue and recommendations made by the Old Bridge Police Department.

“My job is to ensure the safety of our residents and our visitors who come to our town,” Henry said.

The Apruzzis told the council they assumed the ordinance was in reference to their light show.

“I put up a nice display … it is all about making people happy,” Thomas Apruzzi said. “This is the worst time of year for some people.”

In 2014, the Apruzzi family was selected to compete in ABC’s “The Great Christmas Light Fight.” In 2017, all new props and animation were added to the light show.

Along with spreading holiday cheer, the Apruzzis raise money through the light show for Homes For Our Troops, a nonprofit organization that builds and donates specially adapted custom homes nationwide for severely injured post-Sept. 11, 2001 veterans and enables them to rebuild their lives.

Kris Apruzzi said the couple has gone “above and beyond” to try to address any safety concerns.

The Apruzzis said they would have liked to have been part of the discussion with the proposed ordinance.

Many residents at the meeting said they were not in favor of resident-only parking on the proposed streets, many of which are dead end streets. The concern relates to visitor parking, which be allowed from dawn to dusk. Some people said they purchased their single-family homes in order to park at their homes rather than live in a gated community with limited parking.

Township Attorney Ken Lozier said Old Bridge has liability if something were to happen during the light show.

“God forbid if some kid from out of town is running across the street,” he said. “It is a big event and TA does a great job. It gets television coverage and all kinds of media coverage and people come here to see it and everyone loves it.”

Lozier said it comes down to public safety with people who come and see the light show.

“The parking is so limited and people are walking in the middle of the street and police have said it has become uncontrollable,” he said, adding that some police officers directing traffic were spat upon last year.

Many council members said they appreciate what the Apruzzis do with the light show. The council members agreed there is a public safety issue, however, they also said the proposed ordinance was not the answer and they unanimously voted not to adopt it.

In the meantime, the Apruzzi family has set up a GoFundMe site with a goal of raising $75,000. They said municipal officials have informed them they will have to pay the police department $2,000 per night for officers, as opposed to using the auxiliary police group they used the last several years.

Furthermore, the family will be required to shuttle visitors to the light show from a local school at a cost of about $1,000 per night, according to the GoFundMe site.