Once upon a time, some Princeton parents had a dream: a great school, academically competitive with Princeton Public Schools but one that was unbound from big-school bureaucracy, and made for their children. They started Princeton Charter School. Beloved of its parents, students and teachers, it is now ranked one of the nation’s best.

How about a Cranbury Charter High? It’s not all that crazy. The national and local concern that charters drain money from public schools wouldn’t apply because it wouldn’t compete with any public school. It would be the public high school.

CCH needn’t take funding from public schools. PCS started with little more than parent support. But Cranbury, with the $5M annual tuition now paid to Princeton — and the necessary commitment— could create jobs for local teachers and a model for other US high schools, with better hours, simpler scheduling, less testing and more individual attention. Students now bused could walk rather than sit through the 40-minute route to Princeton — healthier physically, socially and probably much more fun. Such a school would even encourage broad school-community communication. And PHS might not need to rush to expand.

To pay for a CCH startup, Cranbury could post a short-term (and low interest) $5-10M bond — not much compared to Princeton’s 20-30 year proposal for $130M. It could buy a building and in a year or so open a brand new high school. Don’t send away the graduating eighth graders (about 1/4 of the 280 students now overcrowding PHS). Keep them close to home, and add grades yearly. PPS might even help phase Cranbury’s students from PHS into CCH. As for academic resources, consider independent study and community-mentorships. Charter schools can also raise funds privately, get grants, utilize volunteer teachers and negotiate openly with staff.

There are many models to work from. The International Baccalaureate program emphasizes mastery, not jack-of-all-trades, eight-course student schedules like those at PHS. In 2017, 150,000 students graduated with IB’s. (Full disclosure: this number includes my granddaughter, who loved her IB program and went on to Barnard.)

In the Netherlands, Montessori and Waldorf schools belong to the public system, and I have met their graduates. Montessori’s high school students operate a farm-and-hotel business, templates for real-life entrepreneurship and management. These well-established programs have broad public support because families know that all children learn differently.

Give it some thought. There must be alternatives, and we should all consider them. It’s a dream, but it’s not all that crazy.

Bottom line, think for yourself, Cranbury. Beat Princeton at its own game: academic excellence and your own high school. 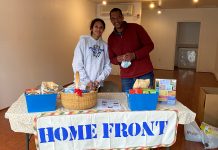