When working for Western Electric Company, Anthony Persichilli drove through Pennington Borough and thought to himself, “Some day, I’m going to buy a house in that town.”

A resident since 1977, Persichilli attended his last council meeting as the Pennington Borough Mayor on Dec. 3, officially beginning his retirement.

Persichilli has been serving as the mayor since 2006, making him the longest serving mayor in this history of Pennington Borough.

Two years prior to his election, he served as a member of the Pennington Borough Council.

His decision to retire did not come easily, he said.

“I’ve been thinking about it for a couple years, but I enjoyed it so much I always backed off,” he said. “This is the best thing I’ve ever done in my life. It’s a great town with great people and a great staff.”

Persichilli said he wasn’t interested in politics — and didn’t like politicians — prior to serving in local government.

“Someone talked me into it one day,” he said, adding that his wife told him to “find something to do.”

During the December council meeting, Council President Joseph Lawver took the time to thank Persichilli for his 12 years of service as Pennington Borough Mayor.

“For hundreds, if not thousands of people, you are literally the face of Pennington,” he said. “You have been a tremendous listener, tremendous consensus builder and you have worked tirelessly on our behalf and I want to thank you for that. Just know that you’ll be missed and know how much we appreciate all you’ve done for the town. Please know how we are all richer for having the pleasure of working with you and calling you our friend.”

During his time as mayor, Persichilli, has improved relations with Mercer County, launched renovations to the 2 Reading Street senior center and brought the Shade Tree Committee to work with the Pennington Borough Public Works, among other accomplishments.

“I’m from Trenton originally, and I’m very familiar with [Bonnie] Watson Coleman and her brothers and the work they do, so I’ve developed a relationship with them,” Persichilli said.

Patrolman Novin Thomas, who has been with the Pennington Police Department for 21 years, also spoke highly of Persichilli’s service to the community.

“I can say that under your leadership, things have changed for the better in the police department and for the town,” he said during the December council meeting. “I brought my daughter here one day and you took her in the office, gave her something to do, and you gave her her first $20. To this day, she still has it in a frame.”

Interacting with the residents, young and old, is something Persichilli said he will miss the most, adding that participating in Busytown and Tollgate Elementary School’s sweet potato pie making event are among his most fondest memories.

“I think the people of this town are great,” he said. “I like to walk up and down the street, and I’ll still be around.”

During his retirement, Persichilli and his wife plan to spend New Years Eve in Italy and a few months in Florida, but hopes to get on the Pennington Borough Planning Board as an alternate.

“Who knows, I may run for something again next year or the year after that if I really get bored,” he said.

Although he is officially retired, Persichilli is still hard at work meeting with developers to attract new businesses and refigure the landfill behind Pennington Quality Market, planning to build more sidewalks on East and West Delaware Ave. and possibly acquiring space to build a sally port for the police station.

To select a new mayor, three names will be given to the Democratic Committee for consideration and the choice will be announced at a special meeting open to the public. An official date has not yet been set.

“At some point you have to say, ‘OK, it’s time to move on,’” Persichilli said. “You got people in line that you think can take over and give them the opportunity to do that. That’s always been my philosophy.” 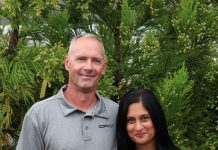 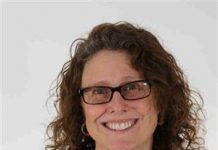