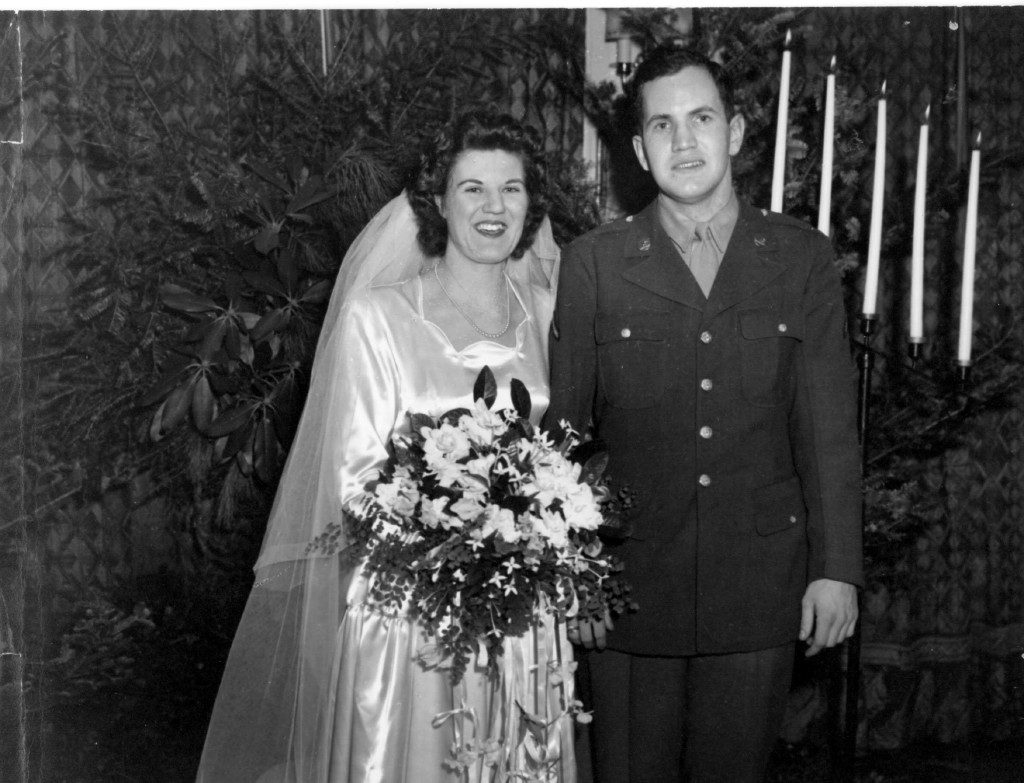 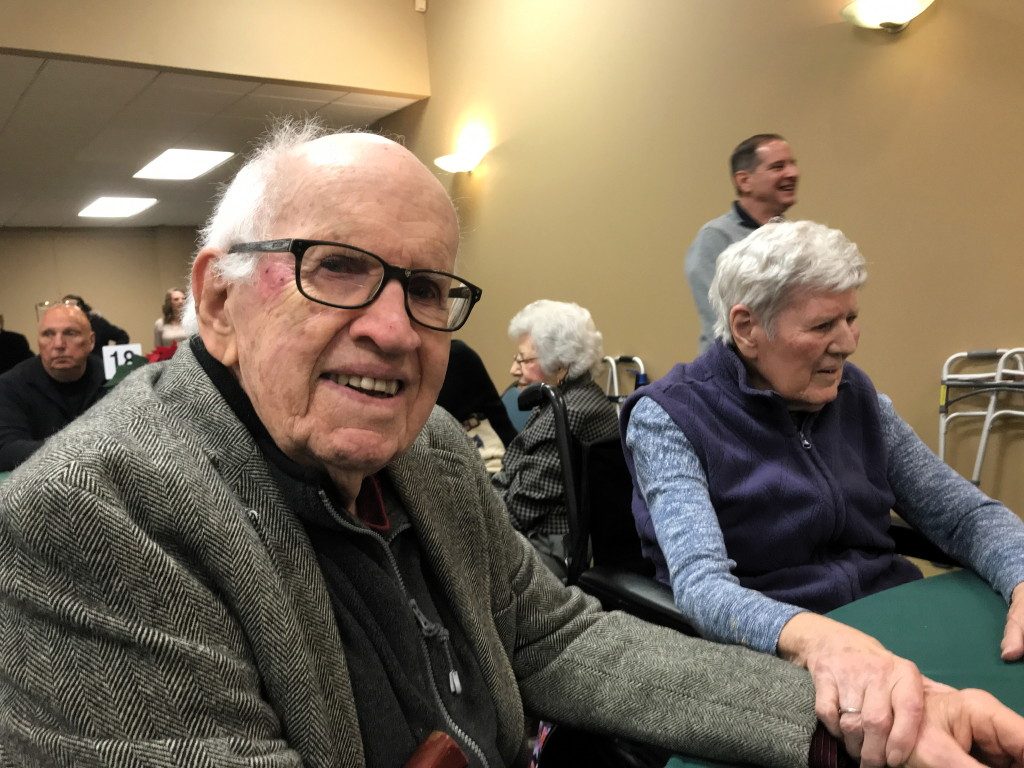 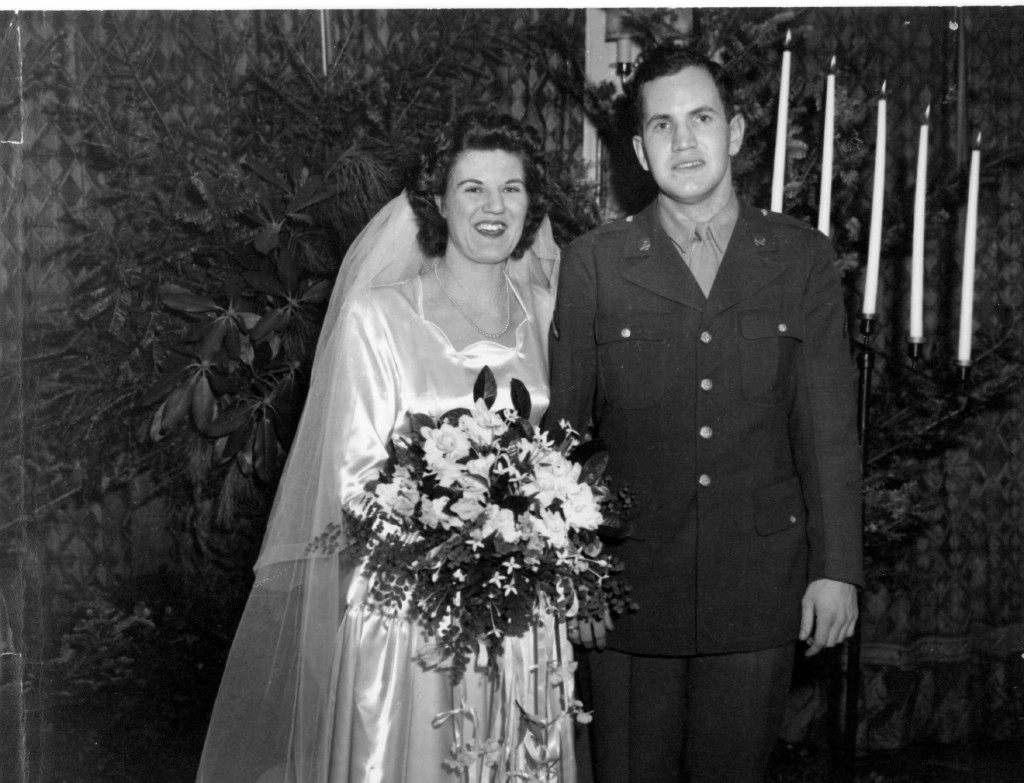 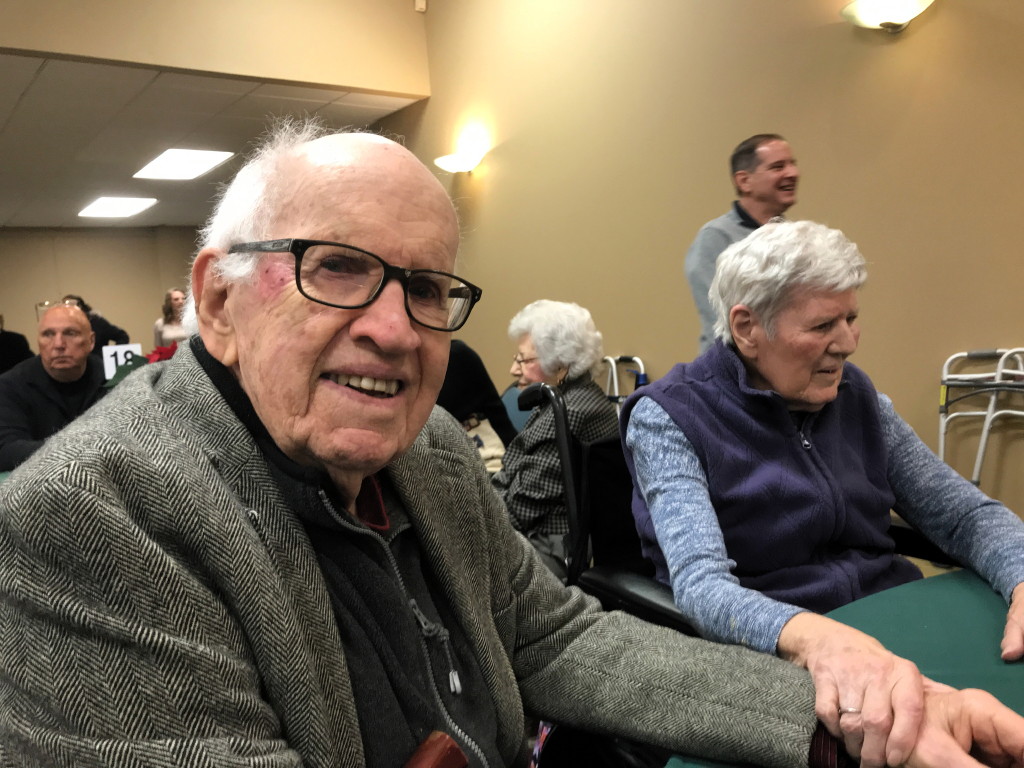 METUCHEN – Dr. William Ainslie Sr. and his wife Nancy paved the way for their three children in all aspects of life, especially love and relationships.

The couple – William 98, and Nancy 96 – celebrated their 75th wedding anniversary on Dec. 21 with a small get together of family and friends.

The younger Ainslie sat down with the Criterion Sentinel in the OB-GYN office his father opened in 1954 on Amboy Avenue and shared his parents story. The elder Ainslie retired in 1999.

William was born in 1921 and raised in Edison, right on the Metuchen border. Nancy Wilson was born and raised in New Brunswick. The duo met in nursery school; however, Ainslie said his father remembers his mom, but his mom said she does not remember him.

Fast forward to their teenage years, when William and Nancy met again when they both were attending boarding school in Boston.

“They were on the train and my father invited my mom to a dance,” Ainslie Jr. said.

William and Nancy dated over the summer and have been together ever since.

“My parents married in 1943,” Ainslie Jr. said. “It was war time and my dad was in the U.S. Army. At the time, he was pursuing a degree in pre-med. Since the military needed doctors, he went to medical school through the military.”

In 1943, William graduated from Harvard University and in 1946, he graduated from Tufts Medical School in Medford, Massachusetts. Nancy attended Wheelock College in Boston.

After graduations, William and Nancy returned to the Metuchen/Edison area in 1950. The couple first settled in a Redfield Village apartment before moving to a house at the end of Clive Street in Edison. William was one of the first obstetrician-gynecologists in the area.

Ainslie Jr. said his mom is a quiet and steady person.

“She basically raised us almost like a single parent because in the 1950s because of the baby boom, my dad delivered 500 babies by himself in one year,” he said. “My dad always made sure he was there for us during holidays.”

Ainslie Jr. said his dad was always into reading and educating himself, which rubbed off on him. He followed in his dad’s footsteps as an OB-GYN and took over the practice when his father retired.

“My mom and dad made lasting connections with all different people and people really cherished their relationships from all around the world,” he said. “We have patients who still come here from the 1950s.”

Ainslie Jr. said in 2012 after superstorm Sandy, his parents moved from their Clive Street home to the Whispering Knoll Assisted Living facility in Edison.

He said his mother has since developed Alzheimer’s disease; however, he said his dad is still cogent, meeting with friends for a men’s discussion group about politics and other topics. 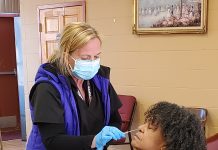