TOMS RIVER- A love of reading was the force behind Nicole McColley and Antonia Raimondo in their bids to receive the Girl Scout Silver Award.

Both award recipients found that their projects, which they needed to complete to earn the second highest award in Girls Scouts, centered around something they love—reading.

Nicole McColley of Toms River created a project named after herself called, “Nikki Reid’s Reading Buddies.” Nikki being a nickname, and Reid her middle.

McColley said she wanted to encourage children to use their imagination through reading rather than playing on electronics.

McColley, who attends the Preforming Arts Academy in Lakehurst, is in ninth grade and has been with the Girl Scouts since Kindergarten.

“I have always loved reading my whole life,” McColley said. “I started at the Ocean County Library. I did a reading buddy program working with younger children and I found that none of them were really interested. When I was working with VIP Daycare, I would read a book to all of them and then do a craft afterward.”

McColley said she had to go to a couple people before she arrived at partnering with VIP Daycare. McColley visited VIP Daycare 13 times, each time for an hour. She had to get all the books she would read pre-approved, as well as the crafts.

“I was really happy to receive The Silver Award because I knew that a lot of people were really helped when I was doing this project. They had so much fun with me. I just was really excited,” McColley said.

McColley felt that her project was able to make an impact.

“I know a lot of the children, when I went back, talked about how they loved the book they were reading. That they and their parents had a lot of fun with it too,” McColley said.

Nicole’s mother, Lisa said she is proud of her daughter.

“She took the initiative to go there. She made sure she took the time out. Nicole used to be a part of a troop. To see her prepare and try and think about how she can make a difference, even if it is small difference. It is just really neat to watch your child aspire to that,” Lisa said.

Achieving her Silver Award as well, Antonia Raimondo of Toms River, created a reading project like McColley’s called, “Read Like A Wildcat.”

Raimondo, a freshman at Toms River High School North, worked with Principal Evelyn Swift of Whiting Elementary School in Manchester Township to create a program that would encourage students to enjoy reading.

Raimondo collected 541 books for donation during her project. She also created teacher packets that included a list of character traits found in different books and bookmarks with recommendations for students based on prior readings. In addition, Raimondo designed a bulletin board to get them involved with her project.

“I was extremely pleased with how the project went,” Principal Swift said. “Antonia worked very hard and spent a lot of time pre-project and during her project. She made the effort to meet with me. She wanted to know how she could best serve the students. She went above and beyond to get books donated and organized them unbelievably well. She wanted the books to be done by level, grade and theme.”

Swift said Raimondo would follow up during her project to see how things were going and how was the project being received.

“I really like to read books. When I thought about it I really started liking reading when I was in elementary school. That is why I wanted to do my project in an elementary school, because that is when they decide whether or not they want to read,” Raimondo said.

She said the project encompassed a total of nine months.

“I was very excited to find out I received the Silver Award. I knew it was a very big honor,” Raimondo said. “I did not think I would get it, because so many other people had really great projects. I was just very surprised and happy.”

She said she felt her project had an impact on the children she read to and did crafts with.

Tracey Raimondo said she was extremely happy and proud of her daughter.

“Antonia has always been a hard worker and detail oriented. There was a lot of personal growth and development from her during her project,” Tracey said. 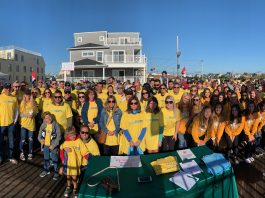 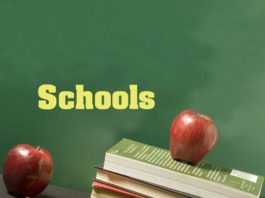