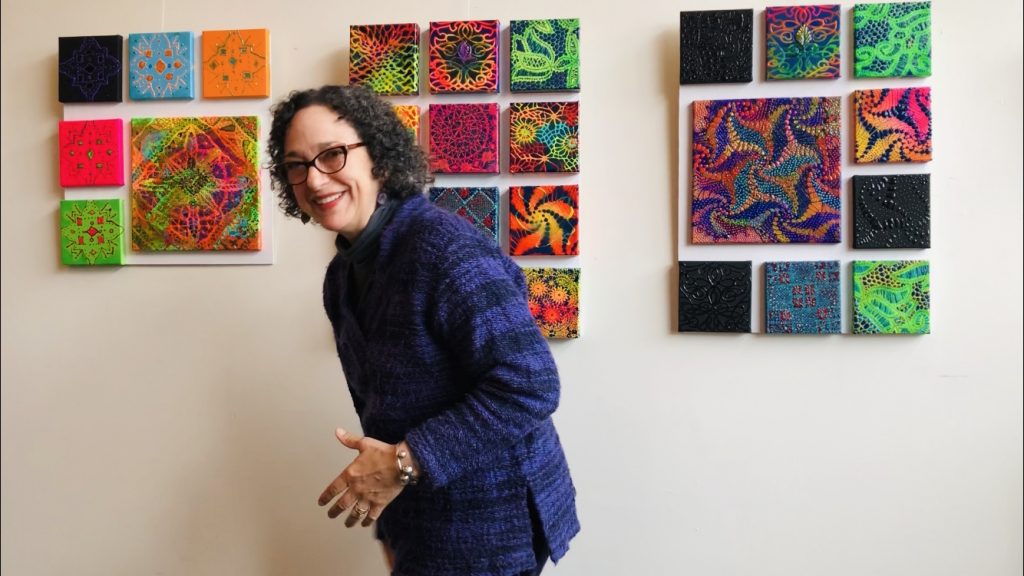 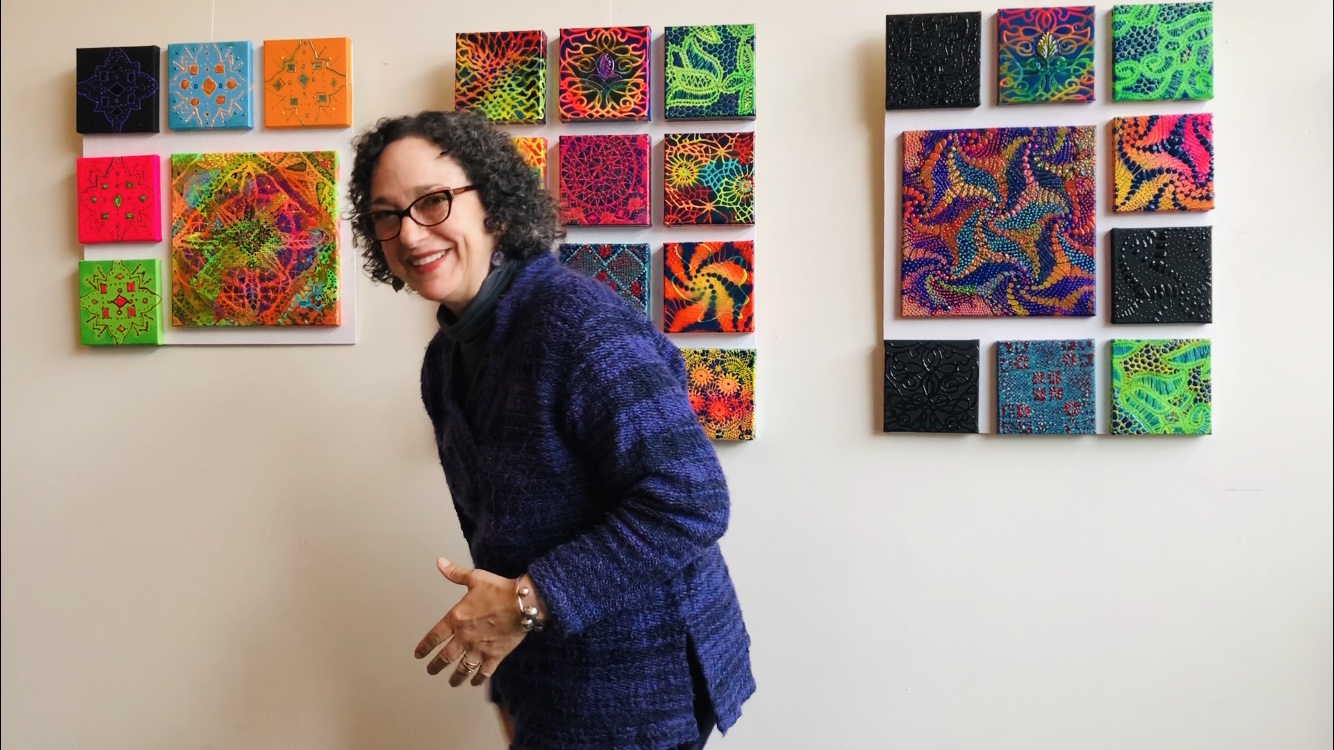 A professor’s bout with insomnia has propelled an aesthetic for psychedelic art.

Maber’s exhibition emphasizes the artist’s ties to medieval Islamic tilework and offers a physical portrayal of insomnia that is leveraged by 1970s era influences.

Maber, a Tinton Falls resident and lifelong artist, uses swatches of crocheted fabric, spray paint and puff paint to create an individualized interpretation of “Horror Vacui” – the fear of empty space – in a collection of intricately painted canvases.

“Horror Vacui,” or kenophobia, is traditionally found in medieval Islamic tilework, Maber said. The concept that served as a catalyst for Maber’s art boasts intricate patterns with little to no room for empty space, she said.

Asked which work is most reminiscent of her insomnia, Maber pointed to one of the larger framed canvases that is on display at Monmouth Arts.

Adorned with neon colors, the lines arranged in the picture are formulated in a dizzying fashion as patterns on the canvas begin to form familiar shapes. The shapes abruptly accelerate in adverse directions as the essence of noise is amplified and the appearance of the shapes are skewed.

“I have had insomnia for a long time,” Maber said, noting that bouts of sleeplessness influenced her abstract creations. “I decided at one point to just get out of bed and go to my little work area and work on my (art) … There is this endlessness. Time is different … It’s almost like a visual scream. When you can’t sleep, it’s frustrating.”

Contrary to the assumption that insomnia art is created after dark, Maber said each piece in “Horror Vacui” was produced during the day. The art in the collection was simply inspired by the unwelcome nighttime ritual, she said.

“Yes, these get done in the daytime. These are healthier paintings,” Maber laughed.

She said some of her art was created after dark, but those pieces are not featured in “Horror Vacui.”

Although insomnia served as a partial catalyst for her collection, Maber said she was also influenced by crocheted fabric, a local artist, and medieval Islamic tiles – an art form Maber said she studied as an undergraduate student.

At the end of a semester, Maber said, the instructor of an interior design course at Brookdale discards unwanted fabrics and patterns that are no longer needed in the classroom.

Maber, who said she gladly accepts the scraps, cuts out “the gorgeous fabrics” and uses the pieces in her artwork.

This practice was included in key pieces of “Horror Vacui,” she said.

“(The patterns) really started me off on this, but then something else happened,” she said.

Maber said when she attended an art show at the Guild of Creative Art, Shrewsbury, where local artist David Levy curated an exhibition of his work, the patterns on glass that were displayed resembled “an active flow” which reminded her of the 1970s.

“We (Levy and Maber) grew up in the 1970s. The 1970s have this certain look,” she said. “For me, it’s fair enough to just say David Levy inspired me. I went to see one of his shows on the last day it was featured. (Levy) took a lot of time to go over every piece with me. The works of his I was most taken with were actually black and white. I don’t even remember the colored works.

“It was the line work and the patterns that grabbed me,” she continued, noting that Levy “reignited my love for the 1970s” and she said the black and white works were a driving force behind “Horror Vacui.”

“Aside from David Levy, something else I can cite is medieval Islamic patterning,” Maber said.

In attending the University of Pennsylvania, Maber said she was “in love” with the intricate nature of the art form she was introduced and exposed to as an undergraduate student.

From an early age, Maber said, her mother took up a fascination with the whimsical childhood artwork her daughter would often bring home from school.

“My mother was all about watching me make art. Her family had artists. She decided when I was in kindergarten that I was an artist … My personal desire to be an artist came much later. You can’t just do something because your mom says to. At different phases in your life, art plays a different role,” Maber said.

Maber, who said she cannot limit herself to one style of art, also enjoys painting landscapes. In the summer, she paints landscape portraits of St. Mary by the Sea in Cape May.

As for her insomnia, Maber said she has found a way to sleep at night. 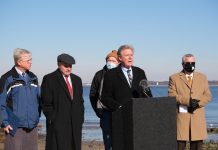