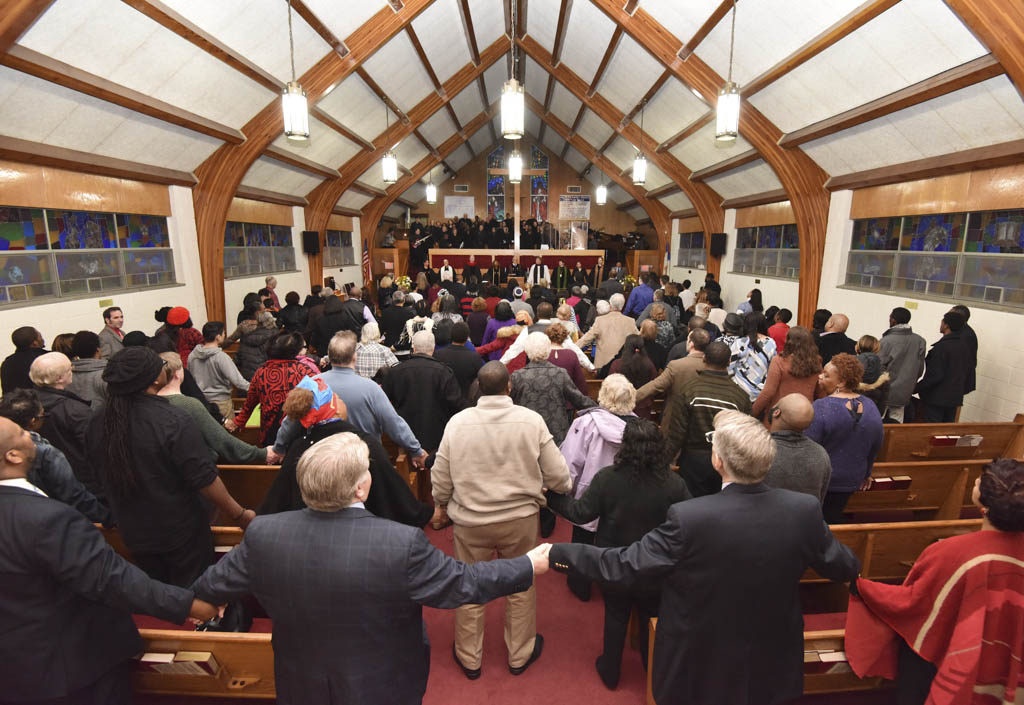 The four key parts of Dr. Martin Luther King Jr.’s “I Have a Dream” speech were echoed during a celebration of his life and legacy in North Brunswick on Jan. 18.

“We pause and ask ourselves, what would Dr. Martin Luther King Jr.’s message be to each of us tonight? In the state of our country’s challenges, how would Dr. Martin Luther King navigate the unsteady tides of today’s society? I believe he would start by asking each one of us to become richer in service, richer in kindness and richer in making positive changes,” said Lou Ann Benson, director of the North Brunswick Department of Parks, Recreation & Community Services, which sponsored the event on that Friday at the municipal building.

Benson noted the township’s All Hands In initiative, which asks residents to perform acts of service for seniors, such as delivering for Meals on Wheels, shoveling driveways, donating to the food bank and making cards for the homebound.

“He believed that together we are better than one of us,” she said.

Mayor Francis “Mac” Womack said there is no other event “that represents what our township is about more than this evening, this celebration.”

He said growing up in the South, he remembers the Civil Rights movement.

He said hope is an expectation or desire, an aspiration, an aim, that turns into a plan which leads to the dream of change of a better America for all.

He said unity is finding common ground with others, eradicating racism, sexism and nationalism.

He said diversity is about being who you were born to be, using it as a strength, not a weakness. He said diversity is vital in the education system, in law enforcement agencies and on the bench of justice. He said it is “recognizing the American dream excludes no one.”

And he said service is what keeps King’s dream alive.

Later, the Dr. Martin Luther King Jr. Human Rights Award were presented to not only Dior, but also to NBTHS teacher Rachel Darge, and students Brianna Ketrow and Anna McEneaney.

The program also included the Pledge of Allegiance led by Boy Scout Troop 18 and Cub Scout Park 81; patriotic singing by the Parsons and Livingston Park elementary school choirs; singing by members of New Destiny; performances by members of the Black Cultural Alliance at NBTHS; a performance by the Project LEAL drummers; and the viewing a video created by students and staff from Livingston Park Elementary School.

In her closing statements, Benson said, “When we leave tonight … we are a united community working toward the same goal of Dr. Martin Luther King Jr.”

Roosevelt Avenue extension will be closed for six weeks for remediation