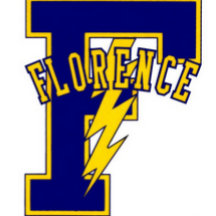 With the upcoming $24.1 million bond referendum vote for the Florence Township School District on March 12, officials are urging residents to register to vote by Feb. 19.

“A Citizens Task Force is meeting each week to plan and carry out an informational campaign,” Florence Schools Superintendent Donna Ambrosius said. “We are preparing a postcard to be sent to every home in the township, and planning a Referendum Fair to give residents an inside look.”

Projects at Roebling Elementary School include a new security vestibule and reconfiguration of the front offices, air conditioning and bathroom renovations.

District officials said that proposed projects at Riverfront Middle School includes a relocation of the outdoor playground and installation of additional outdoor lighting to improve safety, and the construction of a new walking track that would be open to the community. Pole barns are also proposed to be constructed for weather-protected storage at the high school and elementary school, and irrigation would be added to an athletic field at the high school as well.

District officials said that the projects funded by the proposed referendum qualify for state aid, which totals about $8.8 million, and would reduce the local share of project costs from $24.1 million to about $15.3 million. Officials said that state aid is only available if voters approve the bond for school improvements.

If Question 1 is approved by voters, district officials said that the estimated cost for the owner of a home assessed at the township average of $219,832 would be about $150.37 per year.

If Question 2 is approved by voters, district officials said that the estimated cost for the owner of a home assessed at the township average of $219,832 would be about $23.75.

A full list of projects is available on the school district’s website, but the list does not include a security vestibule at the high school because the district obtained a Burlington County grant in October to cover costs regarding security upgrades.

The district also will host a Referendum Fair on Feb. 24, which will give residents an opportunity to see building conditions and learn more about the proposal’s details. Guests are invited to visit Roebling Elementary School from noon to 2 p.m. and visit Riverfront Middle School from 2:30 to 4:30 p.m. The district also will hold a special board of education meeting for community members on Feb. 12 at 7 p.m. in the Riverfront School Auditorium.

District leaders want to remind community members that they must be registered to vote by Feb. 19 if they plan to participate in the March 12 bond referendum.

Voter registration forms are available at the Roebling Elementary School, Riverfront Middle School and High School offices.  Forms are also available on the district website at www.florence.k12.nj.us/voter-information. Anyone who is already registered to vote with a Florence address does not need to re-register in order to vote in this election.

Vote by Mail ballot applications are also available for this election. Applications and information can be found on the County Clerk’s website at www.co.burlington.nj.us/996/Vote-by-Mail-Information.

Additional information regarding the March 12 referendum, including FAQs, polling locations and more, is posted on the district website at www.florence.k12.nj.us/referendum. Residents can also follow @FTSD_ on Twitter and Florence Township School District on Facebook.