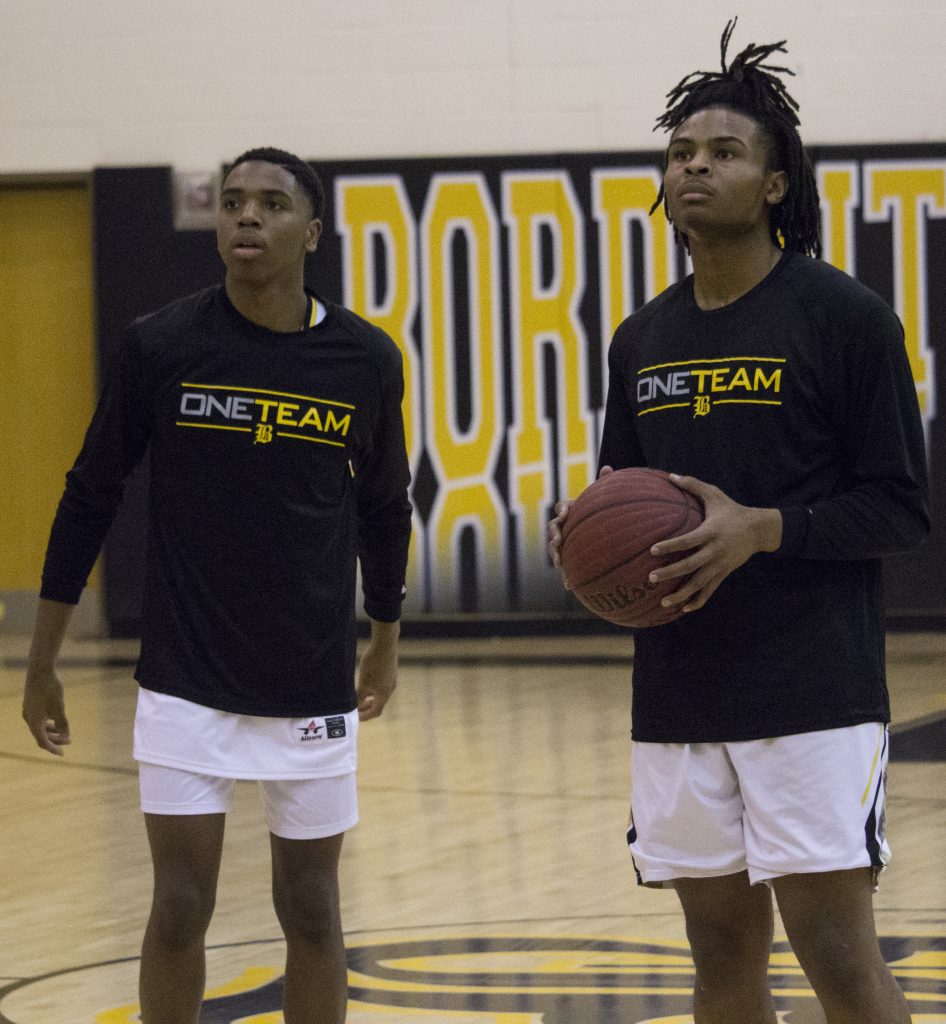 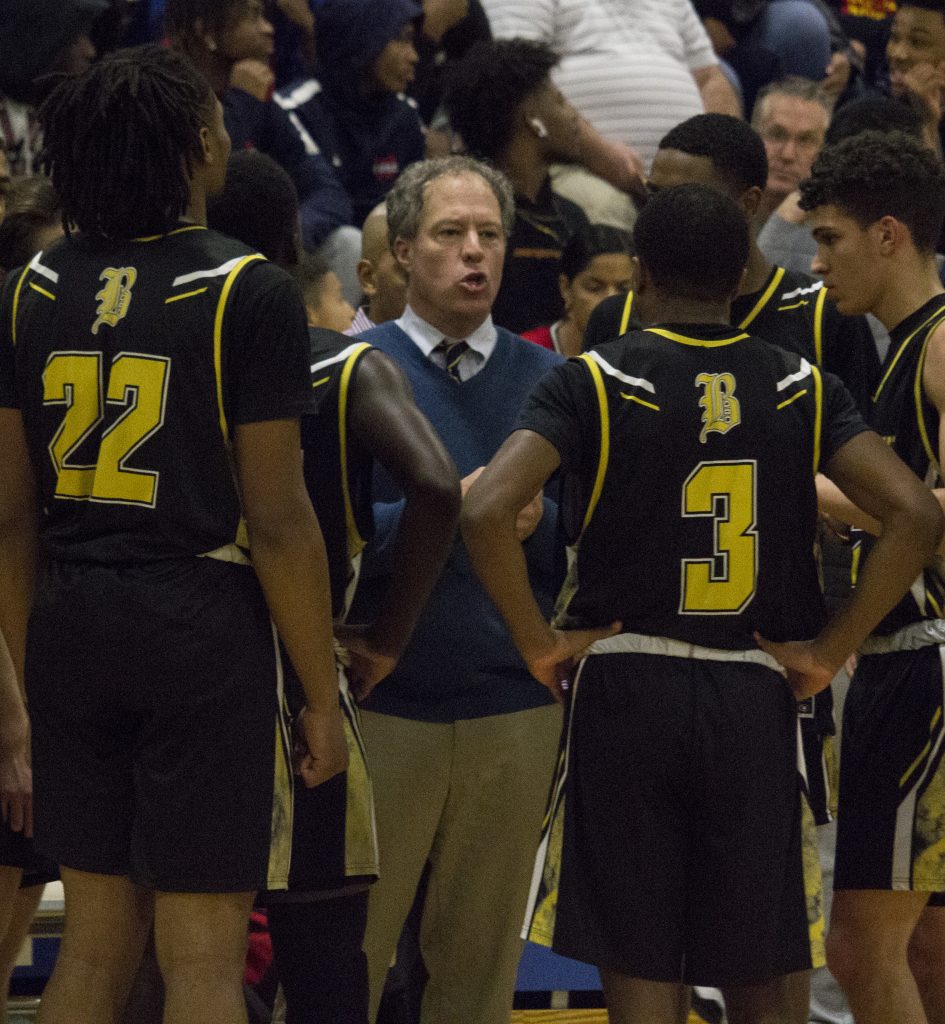 2 / 2
Bordentown head coach John Myers speaks to his team during a game against Westampton Technical High School on Dec. 21. This is Myers' eighth season as head coach for the boys team as they head into the playoffs in their opening round game against Piscataway Tech on Feb. 25. Photo by Thomas Wiedmann
× 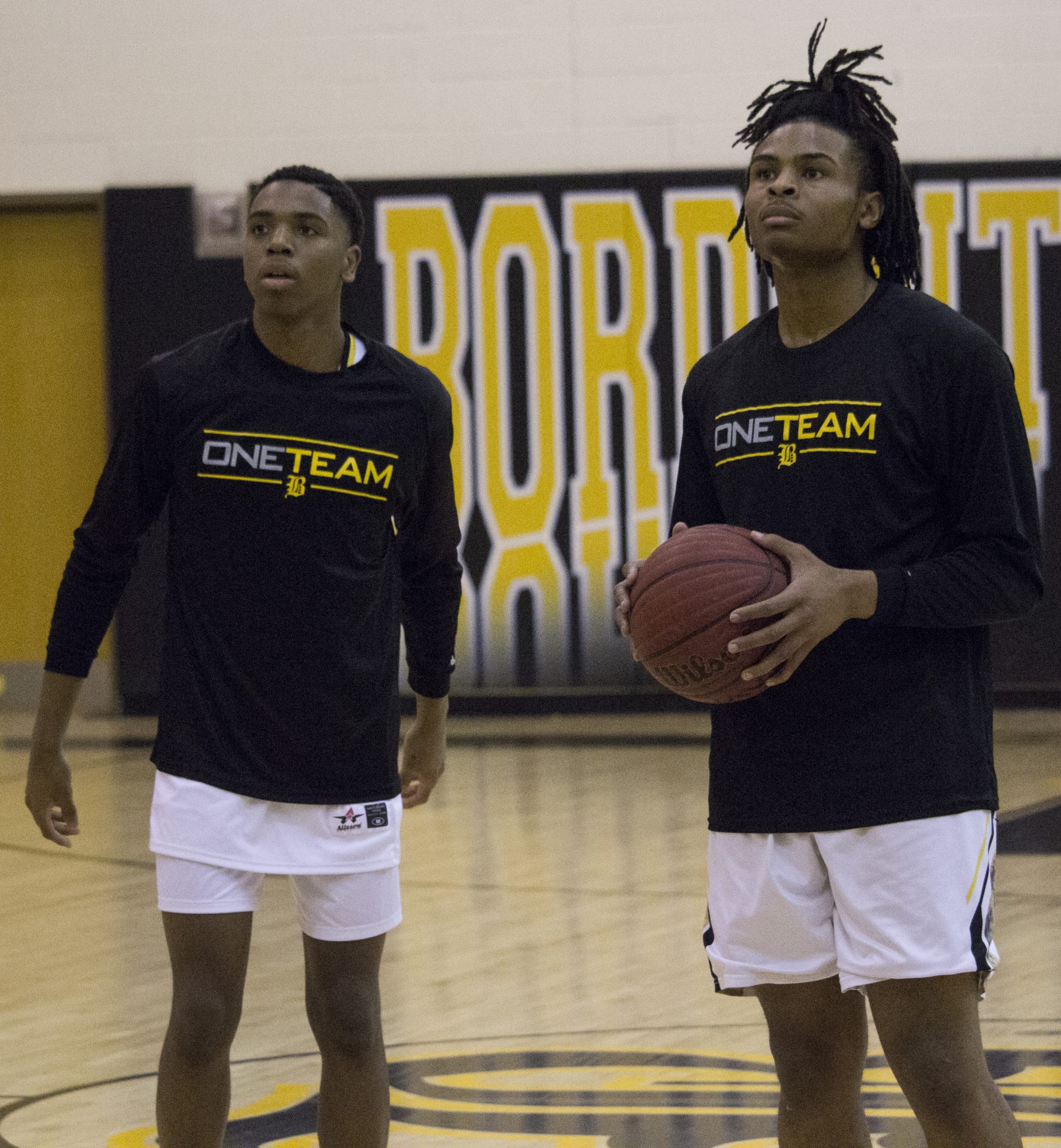 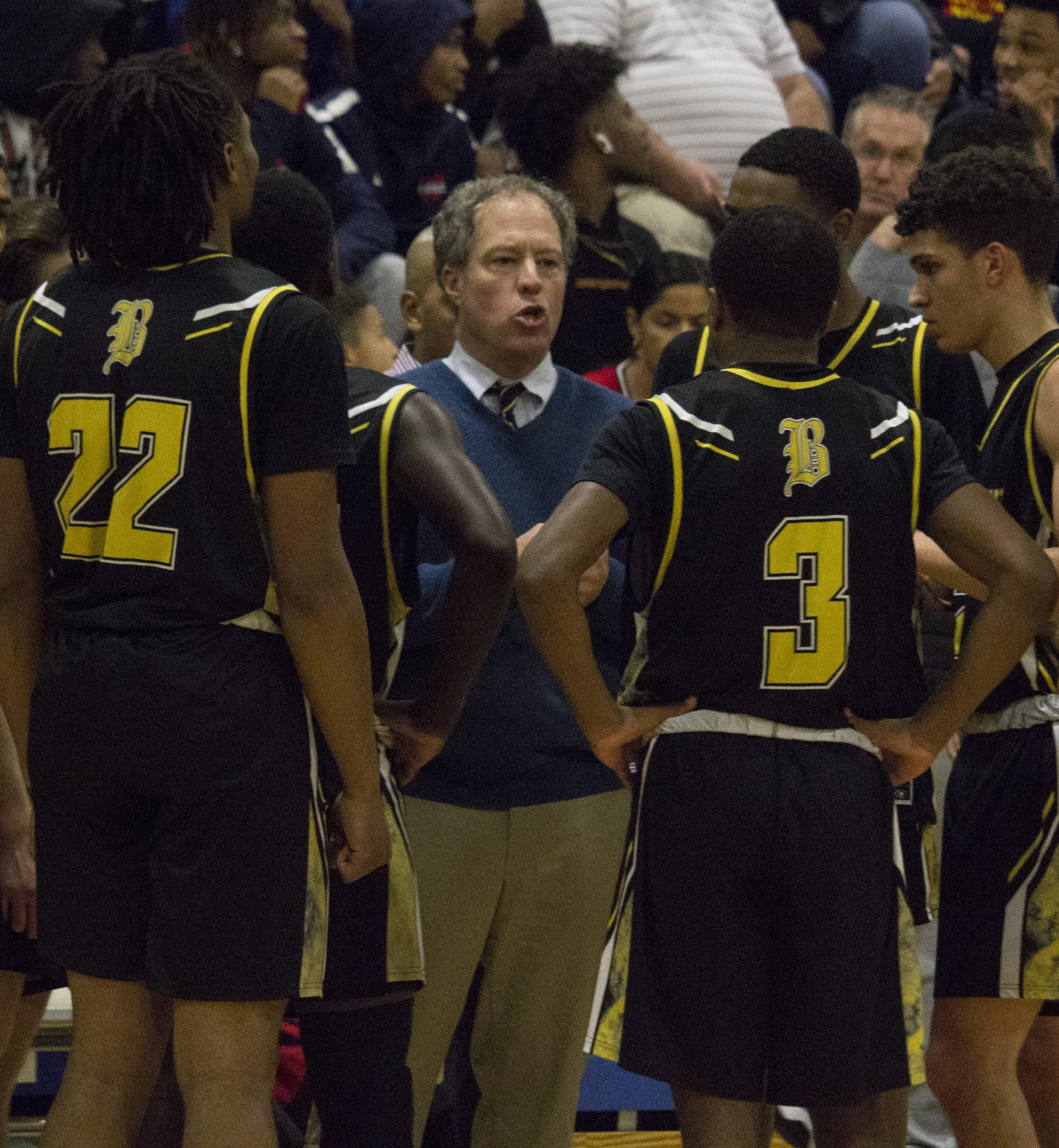 2 / 2
Bordentown head coach John Myers speaks to his team during a game against Westampton Technical High School on Dec. 21. This is Myers' eighth season as head coach for the boys team as they head into the playoffs in their opening round game against Piscataway Tech on Feb. 25. Photo by Thomas Wiedmann

Now that the Bordentown Regional High School boys’ basketball team is a division champion, the Scotties will now focus on another title—a state tournament championship.

Coach John Myers will now guide Bordentown in the state sectional tournament that opens on Feb. 25.

Bordentown will be home on that day when it entertains Piscataway Technical High School in the NJSIAA Central Jersey, Group 2 tournament.

Bordentown will enter the 5:30 p.m. game as the seventh seed in the section while Piscataway Tech come sin as the 10th seed.

Myers believes that while the odds may be stacked against the Scotties entering the state tournament, the team has proven doubters wrong time-and-time again this season.

“We’re the dark horse to win [Central], Group 2, and I don’t think there’s any team that wants to see us come to their place,” Myers said. “When we play well, we’re tough.”

Earning key victories over multiple league opponents, Bordentown is a team comprised of young talent. Myers did reveal that Bordentown’s performance this year came as a surprise to many people.

“It’s a great tribute because a lot of people didn’t think this team would be where they are [this year] because they’re so young and inexperienced, but they’ve done a really nice job,” he said. “I’m real proud of them. They’ve played a hard schedule.

“The goal has always been [win] the division, sectional and state. It’s always the same goal for me, here, in Bordentown.”

While Bordentown has gotten offensive contributions up and down the lineup from multiple players such as Gavin Shiver, Christian Burnett and Roshon Vankline, there’s no doubt that they’ll be looking to feed the ball to their leader, Martin.

Martin has provided game-winning scores against Rancocas Valley on Jan. 8 and Burlington City on Jan. 22. He has not only helped his team by leading them on the court, but has led them off the court as well.

After Bordentown suffered a tough 71-64 defeat to Burlington Township High School on Jan. 29, Myers said that another voice in the locker room other than his decided to speak up on the team’s play to come together.

Myers said that voice belonged to Martin, who decided to write out a message to his team to share with them following back-to-back losses as the Scotties prepared to head into the final stretch of league games this season.

“We had been playing good up until we played Burlington Township [on Jan. 29]. We didn’t play particularly well, and Jordan Martin gave a talk to his team the next day about being more energetic and sharing the ball,” Myers said.

“For a high school kid [like Martin] to be up a night – writing that because it meant that much to him – and then to be able to communicate it to a bunch of other 16 and 17-year-old kids and not feel embarrassed – it’s magnificent.”

Following Martin’s speech, the Scotties went on to reap multiple league victories in the following weeks against Florence, Cinnaminson and Medford Tech, which helped catapult them to the top of the division and stamp their ticket to the state playoffs.

For Myers, the message to the team heading into post season will rely on the same skill set that they’ve relied upon all year as well as a focus on each opponent as the matchups come.

“We share the ball, we play with a lot of pace and we’re energetic – [the team] is all of those things, and I give all the tribute to them,” he said. “I want them to learn how to be a more consistent team and not get too far ahead of ourselves. Let’s just be in the moment.” 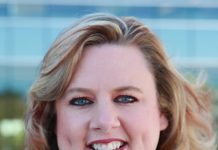