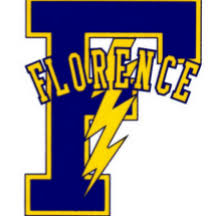 Florence Township residents were educated in advance of the vote on a two-question bond proposal that is scheduled for March 12.

The Florence Township School District sponsored two Referendum Fairs last weekend to prepare the community on how the funding will be spent, if the bond proposal is approved.

Staff and students from the district guided visitors on tours through the two schools where most of the work is proposed, Roebling Elementary School and Riverfront Middle School, to review and discuss the necessary improvements for gyms, instructional spaces, bathrooms and other areas.

Guests were invited to see the current state of the facilities at Roebling Elementary and Riverfront Middle School and to discuss proposal details with administrators, school board members and architects.

“It’s an opportunity for the community to see [the schools], be informed and then make a decision as to how they feel they want to vote, but giving them as much information as we can,” said Florence Township School District Superintendent, Donna Ambrosius.

As visitors were guided throughout the Roebling Elementary School, staff members and students pointed out deficiencies in the school’s infrastructure such as cracked, warped tile in the classroom floors and bathrooms in need of repairs and upgrades.

Given the elementary school’s age, Ambrosius discussed the inferior air quality in the school during hot temperatures due to the building’s lack of an air conditioning system.

“The air quality has to be addressed,” Ambrosius said. “Heat in a hundred-year-old brick building in June, July, August and September – we’ve cancelled classes or have had to move them. The conditions of that definitely need to be addressed.”

Not only were the school’s dilapidated infrastructures and facilities a focus of the tours, but district staff and officials discussed the upgrades needed for the schools in order to be Americans with Disabilities Act (ADA) compliant.

At the elementary school, Ambrosius noted that the process to accommodate a handicapped person into the building requires more work than necessary.

“Right now, if someone’s in a wheelchair, they’ll have to come in by calling ahead or notify us by buzzing-in here, so we’ll have to come down here and let them in through [the gymnasium] and wheel them in upstairs into the front office,” she said. “That’s how we can accommodate it, but is that really the best means [to do so] in that we want to say that all students and community members are welcomed?”

Along with the infrastructure upgrades, Ambrosius pointed out that perhaps the most crucial improvement to the schools are going to be the addition of security vestibules at the entrances. The security vestibules are aimed to better monitor, screen and control people who plan to enter the facility.

“Safety and security has to be the top priority,” she said. “In both Roebling Elementary School and Riverfront Middle School, that’s a priority – the safety vestibules.”

With a focus on enhancing, upgrading and building new facilities and infrastructure throughout the district’s schools as well as improving safety measurements, there’s no question that a majority of residents would agree that the improvements are necessary, but at what cost?

A voter-approved $24.1 million, two-question bond referendum would fund projects to meet the educational and extracurricular needs of each student while improving facilities for community use.

Although the referendum, if approved, would impact voters, Ambrosius noted that there are several benefits to both taxpayers and the school district for voting in favor of the referendum.

“I understand the tax impact, but we also get state aid if the referendum is approved,” she said. “By doing it that way, we are trying to address both the taxpayer needs, and the safety and security needs that we desperately have to make sure we address.”

As voters await the March 12 referendum vote, Ambrosius said that there will be more opportunities and discussions for community members to engage and ask questions of the school district, which included a special board of education meeting on Feb. 27.

“I think the most important thing to me was that the community understood what our needs are,” Ambrosius said. “Giving them a firsthand opportunity to see the schools and an opportunity to not only hear from the staff, but to hear from students and their experience on why it’s needed.”

District leaders want to remind community members that they must have registered to vote by Feb. 19 if they plan to participate in the March 12 bond referendum.

Vote-by-Mail ballot applications are also available for this election. Applications and information can be found on the County Clerk’s website at www.co.burlington.nj.us/996/Vote-by-Mail-Information.