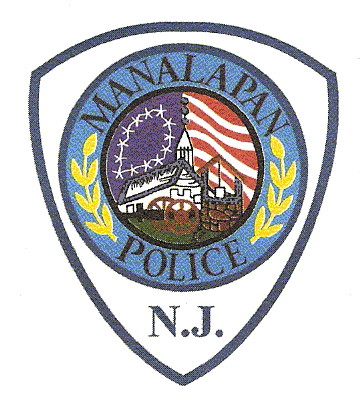 The Manalapan Police Department reported that the following incidents occurred in the municipality:

• On Feb. 21 at 6:44 a.m., several Manalapan residents living in the area of Willow Grove Way, Holiday Road and Locust Grove Lane in the Holiday North development off Route 9 reported that their motor vehicles had been entered and had valuables removed. The incidents occurred overnight between Feb. 20-21. The vehicles were parked in the driveways of residences in the area and all of the vehicles had been left unlocked.

• On Feb. 21 at 5:30 a.m., a resident of Manalapan reported that his white 2004 Nissan Altima had been parked in the driveway of his residence on Tamarack Drive in the Holiday North development off Route 9. The vehicle was unlocked and the keys had been left inside. Sometime on Feb. 21 between 4-5:30 a.m., the vehicle was removed from the driveway.

• On Feb. 20 at 1:57 p.m., a resident of Manalapan told police that at about 10:30 a.m. that day, an unknown individual entered his home on Woodward Road. The resident was home and heard the front door slam shut. The resident noticed several items had been removed from the home, including two X-Box controllers, an Apple TV box, prescription medications and credit cards from his wallet.

• On Feb. 19 at 11:50 a.m., a resident of Manalapan reported an incident of theft by deception. The resident told police she purchased two concert tickets on Craig’s List in the amount of $220, but never received the tickets.

• On Feb. 18 at 11:47 a.m., a Manalapan resident reported an incident of fraud. The resident told police that sometime between November 2018 and January 2019, an unknown individual completed applications for new credit cards using the resident’s personal and financial information. The resident told police an unknown individual made purchases in New York on one of the credit cards in the amount $7,650.