HOWELL – The Howell K-8 School District Board of Education has introduced a tentative budget of $123.1 million to fund the operation of the school district during the 2019-20 school year.

On March 20, board President Mark Bonjavanni, Vice President Albert Miller and board members Laurence Gurman, MaryRose Malley, Denise Lowe, Scott Jeffrey and Jennifer Okerson voted to submit the tentative budget to the Monmouth County executive superintendent of schools, which is part of the state Department of Education.

Board members Ira Thor and Cristy Mangano were absent from the meeting.

In 2018, the school district’s budget totaled $123.8 million and was supported by the collection of $78.2 million in taxes from Howell’s residential and commercial property owners.

The 2019-20 budget totals $123.1 million and will be supported by the collection of $79.9 million in taxes from Howell’s residential and commercial property owners.

The amount of taxes a property owner pays is determined by the assessed value of his home and/or property and the tax rate established by each taxing entity.

The reduction in state aid began in 2018-19 and is expected to continue through the 2024-25 school year under the terms of legislation signed into law by Gov. Phil Murphy in 2018 which changed the way state aid is distributed among New Jersey’s school districts.

Miller said by 2024-25, Howell will have seen its state aid reduced by almost $13 million over seven years. 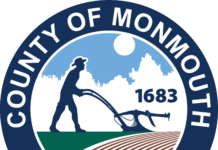