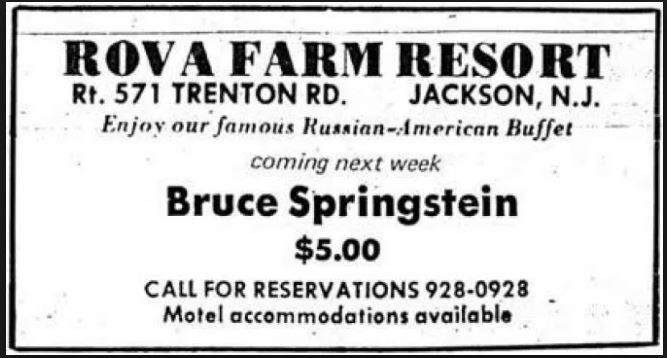 JACKSON – The Township Council has authorized the purchase of 34-acres at 120 Cassville Road that was previously connected to the historic Rova Farms in the Cassville section of Jackson.

The owner of the property is PCII REO LLC, according to the township.

As of March 26, the contract of sale had not been signed, Business Administrator Terence Wall said. He said when the contract is signed, officials will be able to release additional information regarding the transaction, including the cost to Jackson to purchase the land.

According to a resolution, the property is primarily vacant and environmentally constrained. A significant portion of the parcel is in a recreational open space zone and the council will acquire the land for open space purposes.

Rova Farms dates back to the early 20th century when the first wave of Russian immigrants purchased 1,400 acres in 1934. The Russian Consolidated Aid Society of America paid $50,000 for the land and the money was collected from thousands of Russians who were coming to America, according to a Washington Post article published Feb. 6, 1977.

Two Russian Orthodox churches were built and children were taught to speak Russian as the immigrants sought to keep the culture of their homeland alive. Those associated with Rova Farms were working class individuals, primarily craftsmen and laborers, according to the article.

Kern said he was excited to be able to vote on the resolution to purchase the property.

Sauickie said, “For those of us who have lived here most of our lives, we know the property simply and affectionately as Rova Farms. What you may not know is there is a tremendous amount of history there, dating back to the early 1930s when a group of Russian Orthodox folks raised enough money to buy 1,400 acres. What we are voting on tonight is the remaining 30-plus acres.”

He said at one time there were about 7,000 Russian Orthodox residents living within a 20-mile radius of Rova Farms.

“They bought 1,400 acres and then invited others who were fleeing revolutionary Russia to come and buy parcels of that bigger piece so they would have somewhere to have a life in the United States and raise their families,” Sauickie said.

According to www.brucespringsteen.it, Rova Farms was the location of a show performed by Bruce Springsteen and his band on Dec. 23, 1973.

The website includes a section titled Notes and states, “One show, with Bruce and the band the sole act on the bill. By all accounts a pretty wild affair, with the $5 admission fee including all the beer you could drink!

“The show started very late due to equipment problems, but given that there was plenty of beer nobody complained. About halfway into the show, Bruce and the band played ‘Santa Claus,’ only to have a serious brawl erupt in the audience during the song.

“The police became involved and this further disrupted the proceeding, in fact the plug was nearly pulled; the promoter having to do some fast talking to get the police to let the show continue, which it did.”

An advertisement for that show at the “Rova Farm Resort” misspelled the singer’s name as “Springstein” and informed guests they could enjoy “our famous Russian-American buffet” and that motel accommodations were available.

Sauickie said he believes the council’s action is a great example of how Jackson officials are trying to preserve history while putting the environment front and center.

“While we are voting on the purchase of the property tonight, I think what excites most of us up here is what the property can be. It is historic, it is in a great location, a great part of town, very visible, it has a lake adjacent to it and what we can do with it for the future of the town I think is a great thing,” Sauickie said.

Nixon said this was an opportunity to buy historic and environmentally sensitive land “to benefit the entire the community for the rest of our history and to preserve it from potential development.”

Nixon said he believes this purchase will inspire officials to look for additional land that can be acquired.

Testimony on plan for four warehouses in Howell to resume on Oct. 20