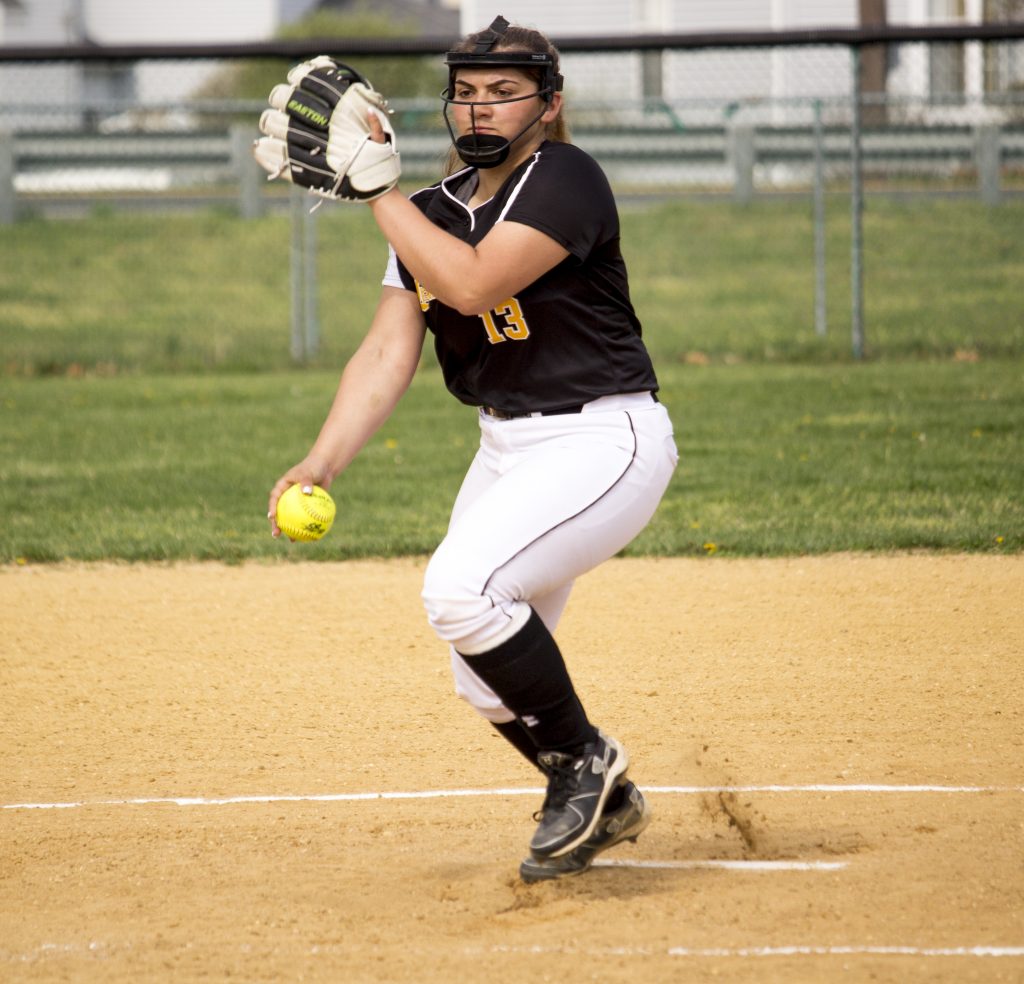 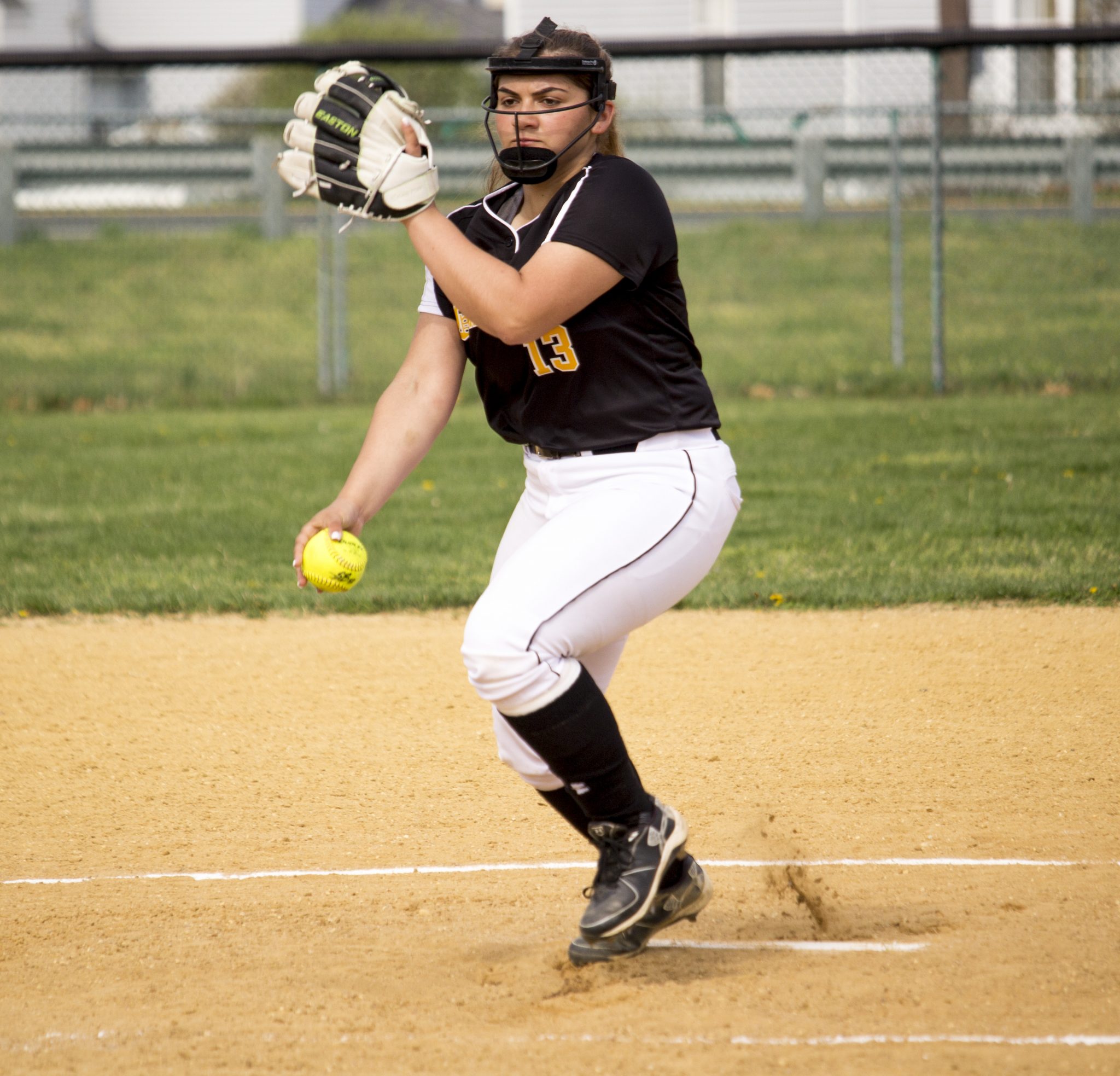 A loss will not quiet the spirits of the Bordentown Regional High School softball team.

Bordentown opened the spring season by winning eight of the first 10 games. The early start featured some impressive offensive performances such as a 16-0 triumph against Cherry Hill High School West on April 2 in Bordentown and a 24-4 victory on the road against Pemberton Township High School on April 9.

In fact, Bordentown, which had been paced on offense by outfielder Angelina Marino, who owned a .500-plus batting average, and infielder Brianna Fischer, who had scored 13 runs already this season, was stopped cold by Burlington Township pitcher Bailey Enoch. She threw a no-hitter while she struck out 13 Bordentown batters and walked two.

Nicole O’Leary, Bordentown’s coach, was still pleased with her team’s offense and was not going to allow this loss to hurt her team’s confidence.

“We are a good offensive team one through nine,” O’Leary said. “We can swing the bat well, and it has shown so far this season. We have had a lot of multi base hits and multi run games, and this was just a game where we did not get them, so we are going to go back and work on that – hopefully improve for next week.”

While Bordentown may have struggled to find its bats against Enoch, O’Leary reported that her team’s patience in the batter’s box still helped them to manage a run in the eventual defeat.

Bordentown scored in the fourth inning. With two outs, infielder Michaela Luyber struck out swinging but the ball slipped away from the catcher and Luyber dashed to first base to keep the inning alive.

Bordentown then loaded the bases when catcher Makenza Goleniecki and infielder Annabella Marino each drew a walk. Pitcher Annabella Pisapia then stepped in, and she, too, was patient and drew a walk to force home Luyber. That run broke a scoreless game.

But Burlington Township tied the game in the fifth and then pulled ahead, 2-1, with a run in the sixth.

O’Leary was happy with her batters and their approach at the plate.

“We are real good at the plate with being patient and composed, and seeing the ball well,” O’Leary said. “It worked in that [fourth] inning where we got those walks to score our run, but sometimes we have just got to adjust a little more to put that ball in play when there are those opportunities where those pitches come in.

“The girls came out fired up, and they had an OK performance, but our struggle came from adjusting in the batter’s box. We have had an up-and-down season of quick and slow pitchers, so we didn’t adjust enough to get the ball in play today,” O’Leary said.

The coach was also pleased with the pitching effort from her thrower, Pisapia, who kept Bordentown in the game. In six innings, she allowed two runs and seven hits while she struck out nine and issued two walks.

“[Pisapia] pitched a great game. She had a ton of strikeouts, and this was definitely a pitcher’s duel game,” O’Leary said. “She performed well, but [Burlington Township] just got a few key hits and timely bunts, and it just worked in their favor.”

As the Scotties look to find their bats again against opponents in their Burlington County League Liberty Division in the upcoming week, O’Leary said that she was impressed by her team’s fielding against Burlington Township.

One play to highlight Bordentown’s defense came from right fielder Sofia Peterson, who threw out a Burlington Township runner trying to reach third base in the second inning.

“We are going to build off of our defense working well together. They are communicating well, and that is great to have to back up our pitchers. We are definitely going to adjust in the batter’s box. We have to rearrange and play small-ball when the time needs it,” O’Leary said.