The Hopewell Valley Regional School District Board of Education has adopted an $89.7 million budget to fund the operation of the school district during the 2019-20 school year.

During a public hearing for the budget on May 6, board members voted 8-1 to adopt the spending plan.

The board’s vice president, Adam Sawicki, voted “no” on the motion and said he could not support the budget, which proposed a significant reduction in the use of surplus funds (savings) as revenue.

“I do not believe we need to take the immediate severe reduction in our use of surplus this year,” Sawicki said. “I have advocated for a more gradual, measured approach to do that. I think the tax levy increasing by 5.27% this year is going to be difficult for our local residents, especially those on a fixed income. That is a pretty significant increase.”

Superintendent of Schools Thomas Smith said looking at the five-year history of the district’s general fund, increases average out to 2.11%, including the increase for 2019-20.

“This year if we did not increase and use that available banked (tax levy) cap, we would have massive layoffs. That would impact the functioning of the district plain and simple. The increase (in the tax levy) also decreases our reliance on surplus funds,” Smith said.

The banked tax levy cap to which the superintendent referred is property taxes the school board could have collected in previous budget years, but did not. The board has the ability to preserve those uncollected property taxes and to collect that money within a certain number of years.

The board is using that ability for 2019-20, as noted by Sawicki, and exceeding the permitted 2% annual increase in the tax levy.

“The budget approved by the Board on Monday uses all of our “banked cap” (taxing authority granted by the state that is generated by conservatively spending under the 2% cap in prior years). The budget applies 100% of the banked cap to reducing surplus usage, and will result in an increase in the total school tax levy of nearly 5%, ” Sawicki said.

“We should instead limit the use of surplus to the same amount we used last year, and gradually reduce the use of surplus in the coming years. Board work sessions had projected operating expense increases above 3% in later years, which would allow spending (and use of surplus) to creep back up,” he said.

He went further on.

“My proposal had kept spending increases at 2.5%. Even with the approved budget, our use of surplus will rise again in the coming years if we do not get our operating expense growth closer to 2%. Reducing expense growth is what is necessary to prevent greater reliance on surplus in the future, and this has been acknowledged by the District’s business administrator,” Sawicki said.

He said the Board is imposing a severe tax increase on the general public for the wrong reasons.

“Philosophically, I am not opposed to spending banked cap if there is a pressing need. However, I do not agree with imposing taxes just because we have the authority to do so. Surplus is taxpayer money, and as a board member I feel it is important to balance the needs of the District against what the taxpayers can afford,” Sawicki said.

During the 2018-19 school year, administrators used $4.88 million from surplus as revenue in the budget.

Residential and commercial property owners in the three municipalities that make up the school district – Hopewell Borough, Hopewell Township and Pennington Borough– will pay a total tax levy of $81.89 million to support the $89.7 million budget for the upcoming school year.

The 2018-19 tax levy was $77.4 million, which means property owners in those three municipalities will pay an additional $4.5 million in school property taxes to support the district in 2019-20.

School taxes are one item on a property owner’s total tax bill, which also includes municipal taxes and county taxes.

Smith said the district has reduced five full-time staff members on the elementary level, to take effect in September.

“We will eliminate under-subscribed classes at Hopewell Valley Central High School. There is still a discussion about defining what under-subscribed is and what that number is. We have a number of classes running in the single digits (of students) at the high school.

“There will also be a 50% reduction in non-mandated summer hours. Those are programs or services we might provide to our families and parents over the summer,” Smith said.

“This budget provides a stop gap measure. It provides us the level ground moving forward to address our continued issues,” Smith said. “I hear from folks that the school district is the reason some of them moved into the towns. We bear the responsibility of providing the best possible education that we can. We are trying to do that in the best way possible.” 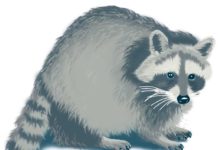