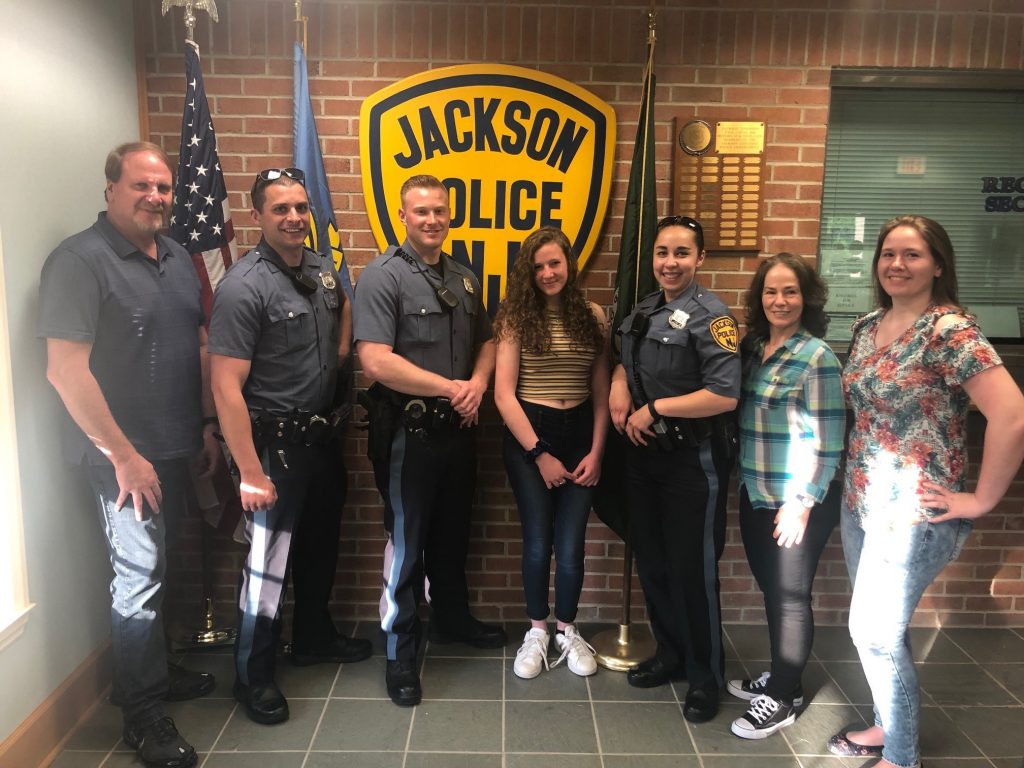 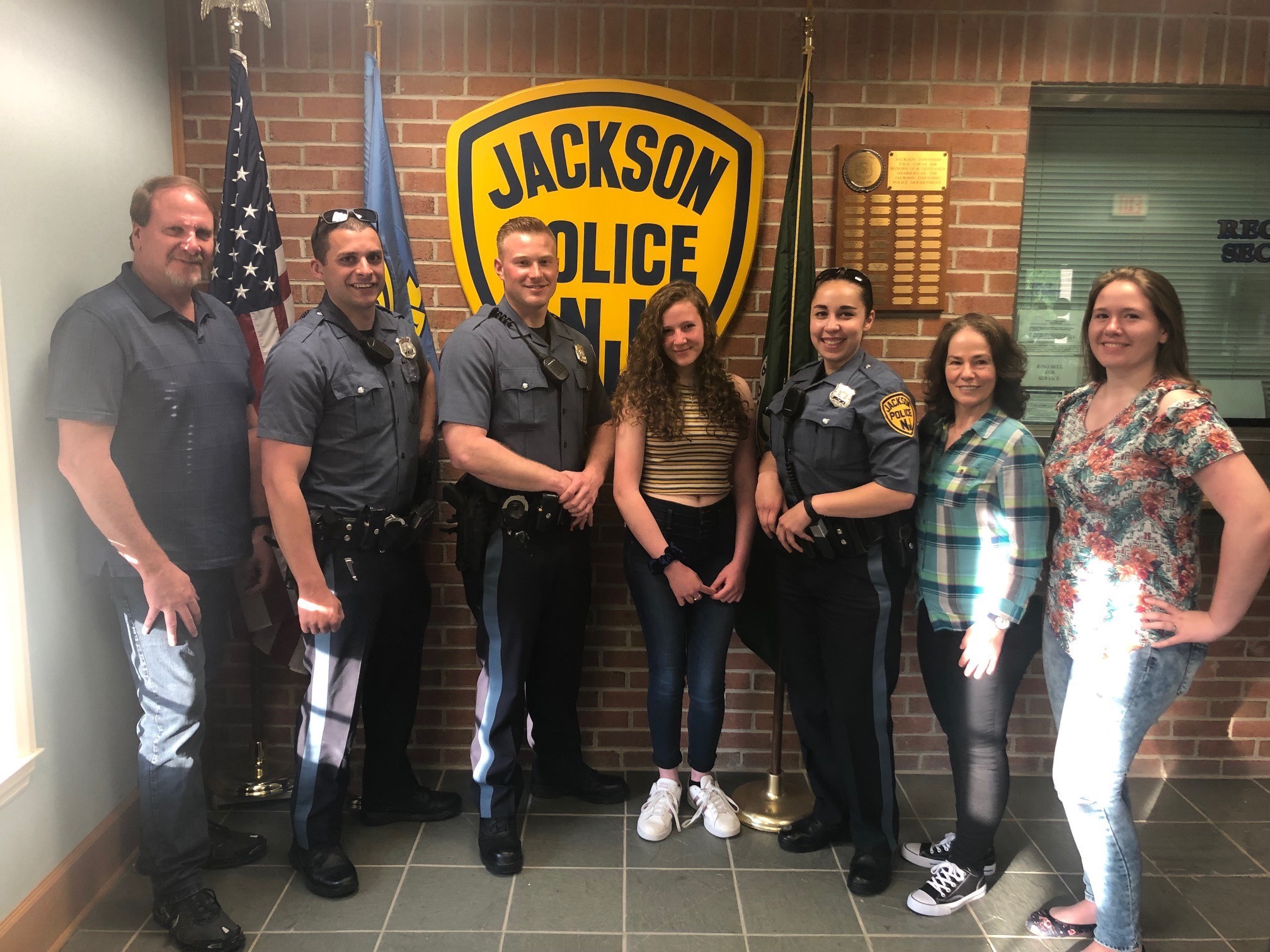 JACKSON – Police announced on May 3 that several officers from the Jackson Police Department had helped to save a teenager’s life at the Jackson Skating Center, West County Line Road.

In a press release, police said they were notified at 8:15 p.m. on March 1 that a 15-year-old female, who was later identified as Victoria Pyott, had fallen inside the roller skating rink and was unconscious.

Officers Anthony Riso, Cassiopeia De La Torre and Randall Trasky, and Sgt. Michael Grochowski, were near the skating rink and responded in under one minute, police said.

Police said the officers determined the teenager was not breathing and had no pulse, and began to perform cardiopulmonary resuscitation. After several minutes, the teenager’s pulse returned and was then lost. The officers then used an automated external defibrillator on the girl.

Victoria was subsequently transported to Monmouth Medical Center, Long Branch, and then to Children’s Hospital of Philadelphia. Police said she is on her way to making a full recovery.

Police said the teenager sustained a broken nose and a cracked tooth when she fell. They said Victoria’s father reported his daughter has a heart condition and had a pacemaker. They said she has received a new pacemaker which has a defibrillator.

Police said while they do not generally report incidents such as this, the family “was happy and willing to share their story and thank the officers who saved their daughter’s life.”

“We want to thank the Pyott family for allowing this story to come to light, as well as thank our officers, our volunteers at the Jackson First Aid Squad and the skating rink personnel … We want to thank the Township Council for allotting us the funds to purchase items such as defibrillators and other necessary lifesaving equipment,” Jackson police said.