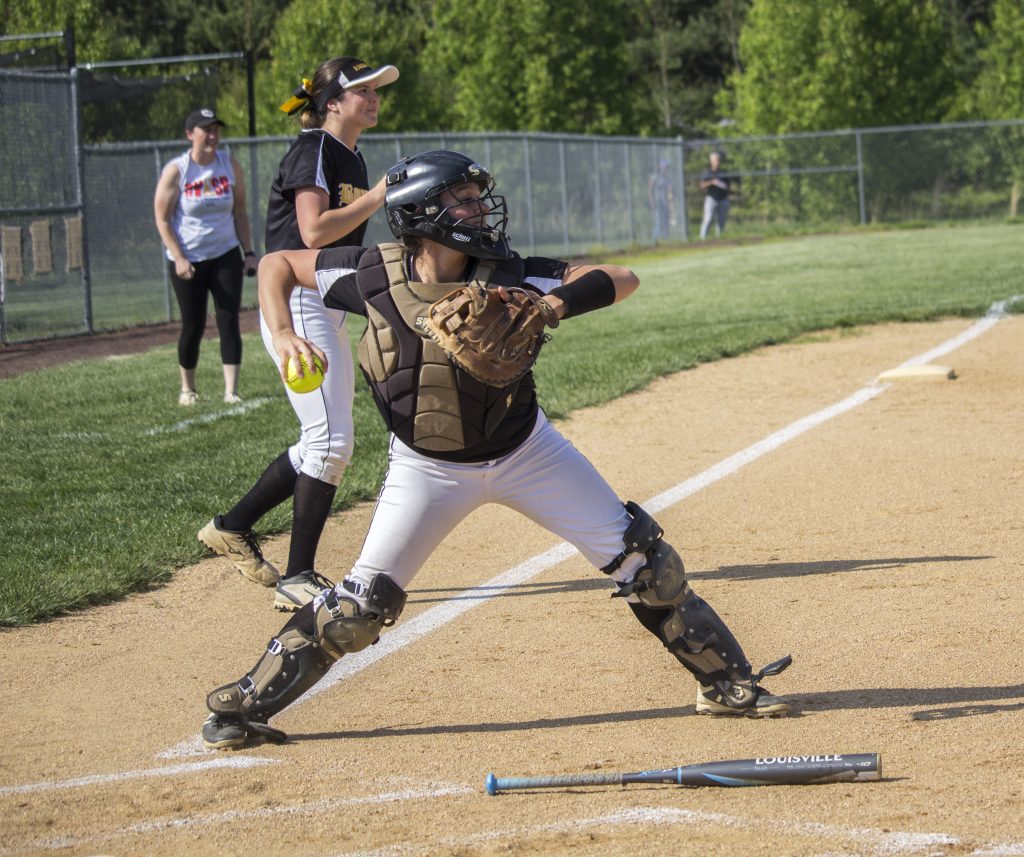 Bordentown Regional High School softball catcher Makenza Goleniecki fires a grounded ball toward first base in an away game against Rancocas Valley on May 2. Bordentown lost, 6-0. Photo by Thomas Wiedmann
× 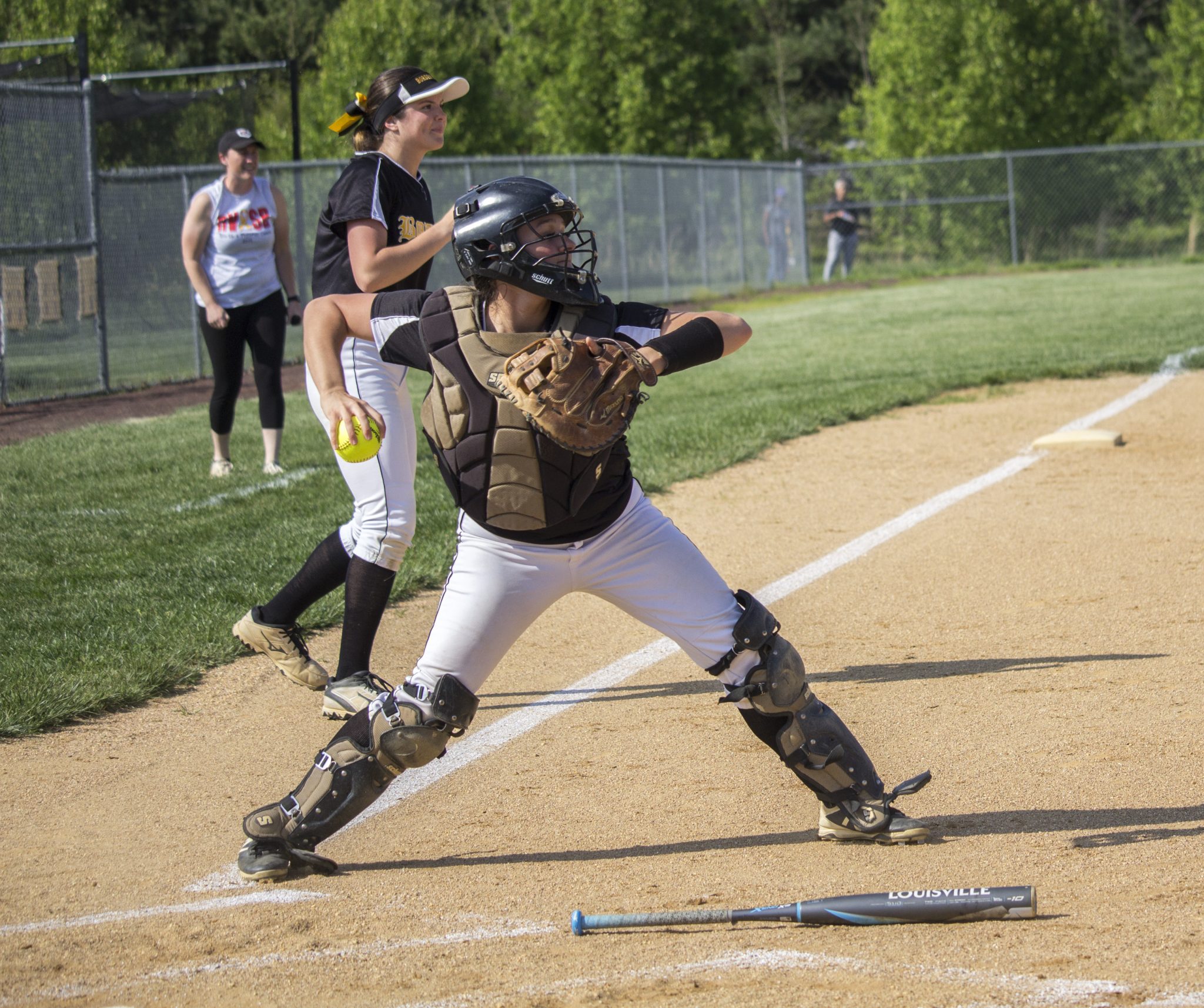 Bordentown Regional High School softball catcher Makenza Goleniecki fires a grounded ball toward first base in an away game against Rancocas Valley on May 2. Bordentown lost, 6-0. Photo by Thomas Wiedmann

There is some cleaning up to do for the Bordentown Regional High School softball team.

Although the Bordentown has enjoyed a winning spring season–the Scotties sport a 13-5 record as of May 7– the coach saw some issues that must be attended to.

That determination came after Bordentown fell to Rancocas Valley High School, 6-0, on May 2 in Mount Holly.

After Bordentown committed four errors in that setback, O’Leary said that she will have her team focused on giving up the body in upcoming games.

“We are definitely going to be working on those plays where we are giving our bodies to the ball, diving a little more, and fielding-wise – cleaning that up a bit,” O’Leary said. “Also, [we are going to work on] driving harder ground balls and line drives into the outfield.

“Rancocas Valley also had a few of those blooper hits that fell in and we weren’t able to get to them, so those are some things we want to work on – putting ourselves out there more to make those diving attempts and making those diving catches,” O’Leary said.

Bordentown was seeking to avenge a 7-6 loss to Rancocas Valley that was played on April 11 in Bordentown. But on May 2, Rancocas Valley emerged as a winner again by playing stellar defense.

“Rancocas Valley’s fielders cleaned it all up,” she said. “Anything we put on the ground, they just scooped them up and made the good plays.”

Bordentown’s lineup has put up impressive numbers offensively behind leadoff hitter Angelina Marino, who who is batting over .400 and has recorded more than 20 hits so far. Infielder Michaela Luyber, who is also playing well, leads the team in runs batted in and is pacing the offense in runs scored alongside Marino. Also contributing this spring are infielder Haley Cope and catcher Makena Goleniecki.

The Bordentown coach is hopeful that her squad can kick start its bats against upcoming opponents.

“Hitting wise, the last few games we have a struggled a bit with getting the ball in play,” O’Leary said. “We hit a lot of groundballs today to try and make things happen, and it did not go the way we wanted, but it is an improvement from our last few games.”

One offensive standout for the Scotties against Rancocas Valley was right fielder Sofia Peterson, who reached base in all three of her at-bats.

Peterson reached base via the walk in her first plate appearance on the day, while she then collected two hits.

Although Rancocas Valley pitcher Selena Aponte pitched herself out of multiple jams on the mound and finished with a four-hitter, two strikeouts and one walk, O’Leary was pleased with Peterson’s approach at the plate to fight back.

“[Peterson] performed well. She saw the ball well at the plate,” she said. “One [of those plate appearances] was a walk, so she got to that 3-2 count, she fouled off a few pitches [to work the walk] and she had two hits.

“She is seeing the ball well and she is making something happen and that is all I can ask for,” O’Leary added.

Bordentown’s next game is on the road against Northern Burlington High School on May 10 at 7 p.m.