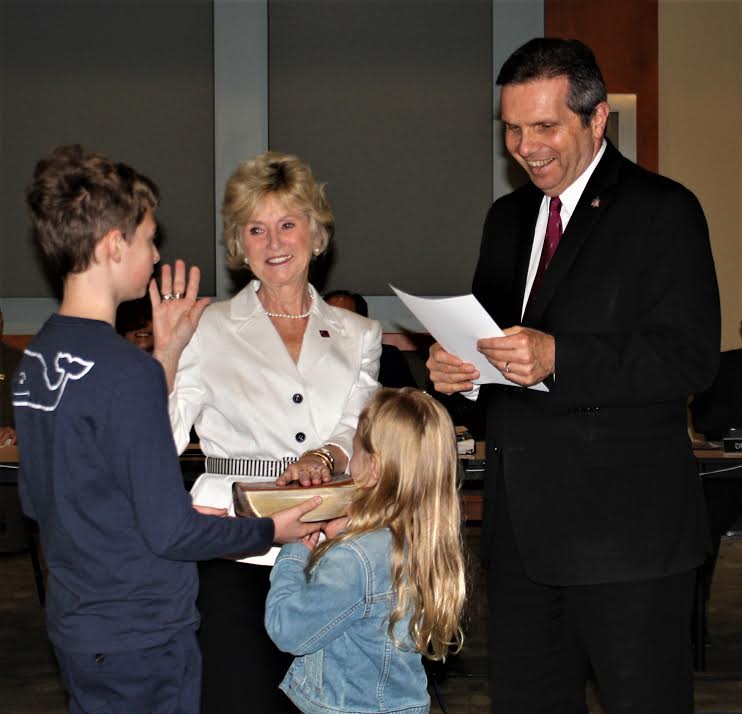 Barbara Horl was sworn in as the newest member of the Brookdale Community College Board of Trustees by Freeholder Gerry Scharfenberger at the board’s April 30 meeting.

Horl, a Spring Lake resident, served as a legislative liaison for the New Jersey Department of State and aide to the Lieutenant Governor.

Previously, Horl worked in the New Jersey Department of Education as Director of the Office of Legislative Affairs, acting as a liaison to the legislature and other educational stakeholder groups in legislative and regulatory initiatives. She also advocated for educational policies, according to Brookdale Community College.

For several years, Horl was a lobbyist for the New Jersey School Boards Association. She represented the interests of the 4800 members of local school boards of education to the legislature, according to Brookdale.

She provided legislative information on the progress of bills and other Trenton actions to school board members at county association meetings around the state.

Prior to that, Horl worked for legislators in Middlesex County and was also the Chief of Staff for Assemblyman Joe Azzolina.

Education was always important to Horl and her family.

“I promised my grandfather that I would be the first one in our family to graduate college,” Horl said in a statement.

Horl began college after high school, but left higher education to pursue full time employment after one year. After her daughters began school, Horl thought that was time to fulfill her promise to graduate from college.

“I was terrified at the thought of going back,” Horl said, who gathered her courage and registered for a class at Brookdale. “(Brookdale) gave me the confidence to sit in a classroom again.”

After leaving Brookdale, Horl applied to Douglass College at Rutgers University. Horl graduated Phi Beta Kappa and earned a Bachelor of Arts degree in American Studies and a certificate in Women’s Studies.

“Brookdale changed my life and I am just thrilled beyond measure to be able to contribute to helping students pursue higher education or other career paths,” Horl said.

Horl and her husband, John, have two daughters, Kelly and Meghan, and five grandchildren, Ryan, Grace, Morgan, Abby, and Connor.