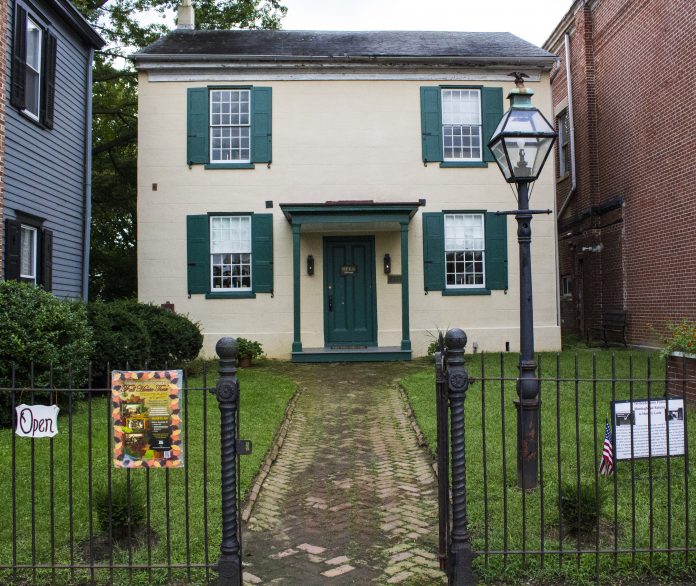 The Bordentown Historical Society embarked on a recent project to enhance multiple features at their Friends Meeting House site on Farnsworth Avenue.

But the Bordentown Historiacl Society is now encouraging local patrons to help out any way they can.

After the historical society completed an award winning $90,000 project to build, repair and restore the roof and structure of the Friends Meeting House, which dates to 1740, the Bordentown group now aims to make the site ADA compliant and to enhance the aesthetics of the site.

Historical society members said that the project is intended to “beautify” the site for the benefit of the organization as well as the patrons who traverse along Farnsworth Ave.

Historical society members said that the site improvements include enhancements to its brick walkway, which leads up to the Friends Meeting House as well as landscaping improvements to site with plant fixtures and the property’s front lawn.

The historical society’s co-president Doug Kiovsky reported that the site improvements not only enhance the building’s appeal to hopefully encourage new participants in the organization, but to add to the architectural appeal of the site along Bordentown City’s historic downtown area.

“We hope the site improvements bring in more potential [historical society] members,” Kiovsky said. “We also hope it improves the aesthetics of the site too on Farnsworth Avenue. When people walk by, hopefully they will see all this wonderful, great stuff going on here – not just with our programs and exhibits, but us trying to make our building and property more attractive.”

Kiovsky explained that although most of the project is completed for the site, it was funded through a loan, which needs to be paid off.

The historical society members are now encouraging patrons to make a donation to the organization to assist with the loan payments.

Kiovsky noted that the project would help the historical society welcome visitors with disabilities too with the addition of a walkway ramp to the building’s main door.

“This project was funded through a loan, so we are asking for people to donate however much they can,” he said. “Even though the project is finished, it was a loan project, so we are still trying to raise money for it.”

For people interested in making a donation to the historical society site improvements, they can make a check payable to the organization at: Bordentown Historical Society, PO Box 182, Bordentown, NJ 08505 with a reference “Walkway.”

More information about the Bordentown Historical Society can be found online at their Facebook page as well as an email to Bordentownhistoricalsociety@gmail.com or by phone at 609-298-1740.