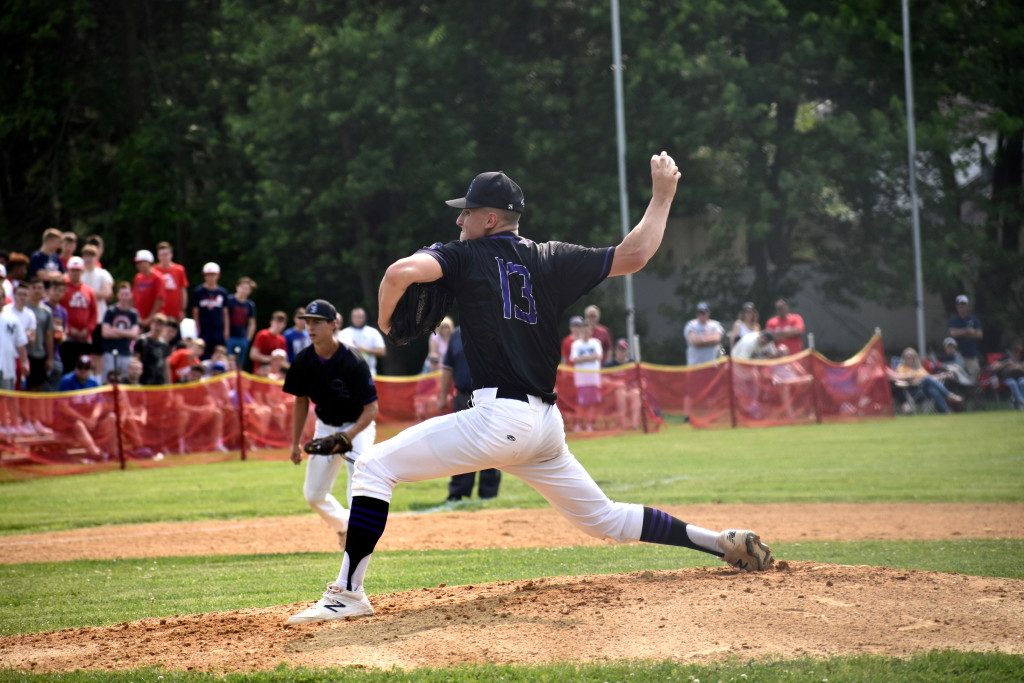 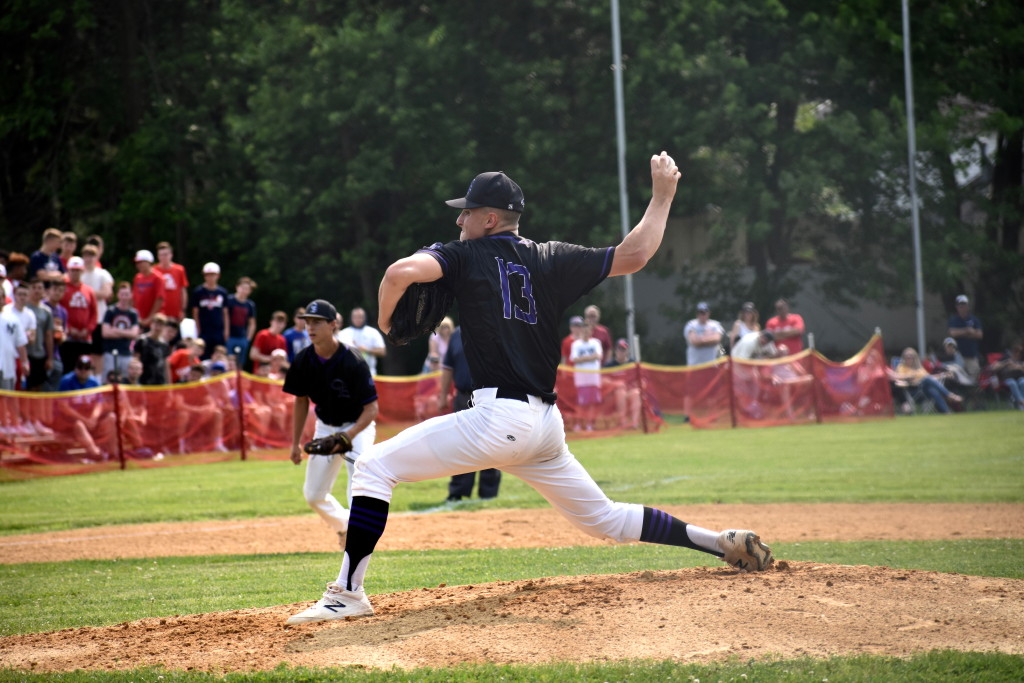 A rally in the top of the seventh inning came up one run short as the Old Bridge High School baseball team fell to Manalapan High School, 3-2, in the NJSIAA Central Jersey, Group 4 sectional tournament championship on a hot afternoon in Manalapan on May 31.

Old Bridge’s senior right-hander Sonny Fauci was tough on the mound for the Knights, pitching six innings, allowing seven hits, with six strikeouts and three walks. He was supported by an infield defense that turned two double plays and a sparkling catch by centerfielder Elliot Hayward.

With a runner on first and none out in the bottom of the second, Manalapan’s Nick DiPietrantonio lofted the ball to right centerfield. Hayward ran over from his defensive position in centerfield, dove for the ball and made an outstanding backhand catch that drew cheers from the Old Bridge fans.

Fauci then got Joe Mazza to ground out to short and struck out Mike Kuver to end the inning.

Old Bridge broke through against Levine in the top of the fifth. Matt Flores hit a sinking liner that dropped in centerfield and hustled to second base for a leadoff double.

Andrew Deceglie tried to bunt, but popped up. Levine came off the mound to make a play, but the ball fell for an infield hit, sending Flores to third. Levine hit Brandon Mark with a pitch to load the bases with no one out.

The Knights took a 1-0 lead when John Cardile grounded out to second, scoring Flores. Levine worked out of trouble, striking out Hayward and Danny Chiofalo to stop a potential Old Bridge rally.

Manalapan took the lead with a two-out rally in the bottom of the sixth. Fauci walked Jake Pellecchia and Pellecchia stole second, but Fauci struck out Billy Watters and got Tom Guidice to fly out to center.

The next four hitters reached base and three runs scored: Levine walked and DiPietrantonio singled to right, scoring Pellecchia, who slid in under a good throw home, tying the game, 1-1.

Mazza followed with a single to right, scoring Sciallo, who was running for Levine, for a 2-1 lead and sending DiPietrantonio to third.

Kuver, who had struck out twice, battled Fauci and on a pitch that was up, hit a dribbler down the third base line. Kuver hustled to beat the throw at first and DiPietrantonio scored to give the Braves a 3-1 lead.

Levine took the mound in the top of the seventh, three outs from a sectional title. Mark singled to left in a bid to start a rally, but he was doubled off first when Cardile lined out to Hunter Serrano at second and Serrano threw to Guidice at first.

The Knights did not back down with two out. Hayward singled up the middle and Chiofalo singled to center to put the tying runs on base. Hayward reached third on a wild pitch and scored on a single to center by Fauci to cut Manalapan’s lead to 3-2.

With two on and two out, Levine got Matt Herbstman to line out to Mazza in right field to end the game.

The Braves celebrated on the field and claimed the NJSIAA sectional championship plaque. The game drew a large contingent of fans from both schools, which are less than 10 miles apart.

Manalapan will now advance to the NJSIAA Group 4 Tournament. The Braves last won a state group championship in 2012. That title came a year after the braves had also won the Group 4 state crown in 2011.

The 2019 Group 4 title game is scheduled for June 8 at Veterans Park in Hamilton Township.

Old Bridge’s season is over, but it was still a great one. The Knights finished 23-7 and won the GMC Tournament championship, with a 2-1 victory over South Brunswick High School on May 19.

“They fight and battle, no matter the circumstance,” said Old Bridge’s coach, Matt Donaghue, on April 17.