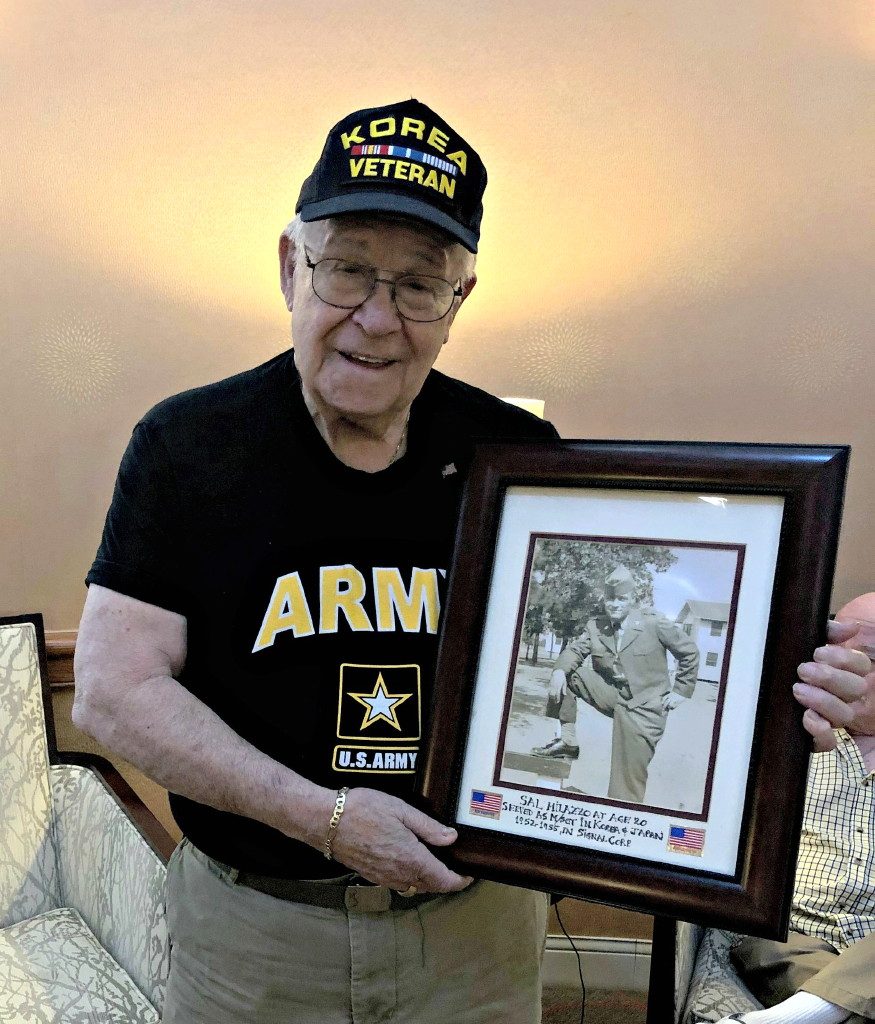 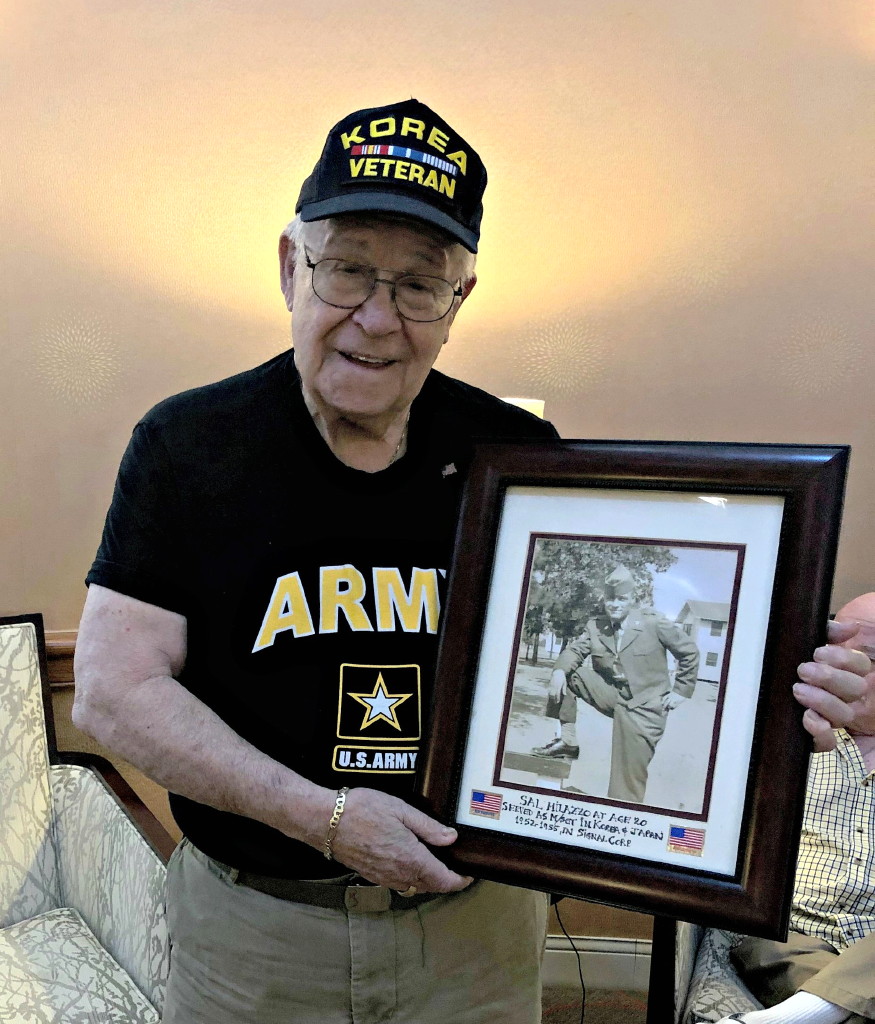 FREEHOLD TOWNSHIP – A group of veterans gathered recently to recall the hardships and sacrifices that members of the U.S. armed forces have made in service to the nation.

The men are residents of Applewood, a retirement community on Gully Road.

Deegan, 73, is the retirement community’s head of security. He entered the U.S. Air Force when he was 19. He eventually left the Air Force with an E-5 payscale and joined the Jersey City Fire Department and remained on the job for 29 years.

When offered the chance to increase his payscale, Deegan became part of the Air Force Reserve Command and reached E-9 before retiring in 1999. During his time in the reserves, Deegan, then in his 40’s, was deployed to Saudi Arabia during the Gulf War, although he did not see any combat.

Deegan said there was a stigma placed on the individuals who fought in the Vietnam War.

“When I got out, Vietnam was at its height,” he said. “You didn’t talk about being a Vietnam vet because it was looked down on.”

However, Deegan said he has found that over time people have changed, including veterans themselves.

“You feel like you have done something for your country,” he said. “You become more of a caring person. You realize how lucky you are to be here today and have what you have.”

Talbot, 85, served as a combat helicopter pilot in the U.S. Army during the Vietnam War.

“In basic (training), I was gung-ho and wanted to go into battle,” Talbot said. “Then I saw what a grenade could do and I became a helicopter pilot.”

For Talbot, Memorial Day is about duty, honor and country, as well as remembering important and necessary memories.

During the conversation, Talbot recounted how his helicopter was shot down and crashed into a rice paddy. Talbot and others aboard managed to escape the wreckage, but the helicopter’s tech inspector was crushed to death in the crash.

Following the war, Talbot wrote an autobiography titled “The Autumn Of My Time” and emphasized the importance of writing down memories to ensure they are preserved.

“Memories don’t last unless they are on paper,” he said.

Talbot remarked that in addition to remembering and honoring those who died in service to the nation, Memorial Day is also a day of reflection on the changes the country is going through and the service and sacrifices of military personnel.

“The day (gives) us time to reflect on how our country is being changed, perhaps not for the best, but there’s still hope,” he said. “Hopefully, Memorial Day makes our country reflect on the service of military personnel and those who gave their life to protect the United States.”

Milazzo, 87, was part of the U.S. Army Signal Corps in the Korean War. When he left to serve at the age of 20, his wife was three months pregnant and gave birth while he was overseas; he learned he was a father when someone handed him a paper with the news. Milazzo returned home when his child was 18 months old.

“The hardship of friends is what I remember,” Milazzo said. “They gave more than their lives. They left some of themselves there.”

He recalled how North Korean soldiers did not have proper footwear to handle the cold conditions. As a result, he said the North Koreans would take the boots from captured Americans, mostly Marines, which caused those individuals to lose their feet and/or to die from exposure.

Milazzo said he was encouraged by his granddaughter to write his life story. The story, which he called “The Life of a Poor Italian Boy,” begins when he was 8 and is currently confidential between him and his granddaughter.

In addition to remembering the fallen members of America’s military on Memorial Day, Milazzo spoke of the respect the fallen have received in other countries.

During a trip to France, he visited a French cemetery that had a section for American military personnel. Milazzo said when a French woman brought a group of children to that section, he saw her tell the youngsters to pay their respects to the Americans.

“She said to them, ‘Remember, they are Americans and they saved our lives,’ ” he said. “I was so amazed.”

Isola, 88, was in the Air Force during the Korean War. He acknowledged that because he was never deployed and did not see combat, he did not have the same experiences and the same memories as other veterans on Memorial Day.

“I never saw combat in the Air Force,” Isola said. “The only fighting I ever saw was in a bar in San Antonio.”

Merer, 95, served as an Army medic during World War II, enlisting when he was 18. He said he spent much of his time on a ship transporting wounded soldiers across the Atlantic Ocean.

“Memorial Day means I’m glad it’s over with,” Merer said. “It was a tough time to serve. I was just a kid in the service.”

After the war, Merer worked as a pharmacist for 60 years and retired in his 80’s.

Merer recalled traveling across the Atlantic 20 times with wounded personnel. On one occasion his ship broke down and those onboard had to wait for another ship to arrive to continue the journey.

On another occasion, Merer traveled across the Atlantic so he could attend his wedding. After the ceremony he crossed the Atlantic again and continued his military service.

Merer considers Memorial Day to be a time to remember what happened during armed conflicts.

“We all remember what happened,” he said.

Merer spoke about an encounter he had with a young German soldier who was among those injured in one action.

“He was more scared than I was,” Merer said.

Merer said when he told the German soldier he was Jewish, the soldier became so nervous and upset that he gave Merer a button from his uniform and, in English, called it a souvenir. Merer said he still has the button.

Merer’s service in Normandy earned him the Legion d’honneur (Legion of Honour), the highest French order of merit for military and civil merits.

Despite the hardships he and many others faced, Merer remains grateful they are able to talk about and remember their experiences and those who were lost.

“I’m glad to be alive to talk about it,” he said. “I’m glad everyone who is alive is around. Whoever is here, I’m happy they’re here.”