Hippies are far out … of my comfort zone 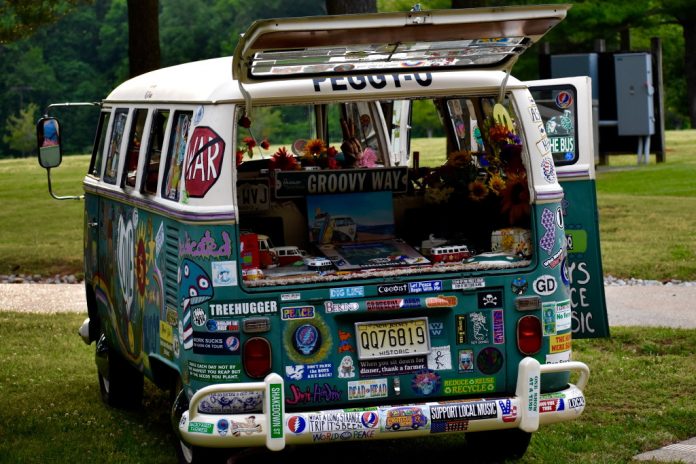 I appreciate a good theme. That’s what my dad always tells me. My dad, who grew up listening to Def Leppard, Van Halen and Boston, appreciates classic rock and roll, but says he was never one for the activities the “weird hippies” engaged in at the 1969 Woodstock festival.

He’s old school. And not to mention, my dad was about 6 when the festival occurred, so he could not have attended Woodstock even if he wanted to. And while I certainly am not one to applaud strange activity, a recent visit to the Monmouth Museum on the campus of Brookdale Community College in Lincroft reinforced my dad’s notion – hippies are weird.

This summer, the museum is celebrating the 50th anniversary of Woodstock. For the occasion, the gallery’s directors recruited the original Woodstock photographer, Elliot Landy, to showcase the photographs he captured of music giants such as The Who and Jimi Hendrix in 1969.

Intrigued by his presence at a gallery I frequent, I visited the exhibit on the evening Landy was scheduled to appear. Attendees were encouraged to “dress groovy.” That suggestion did not disappoint.

As I viewed Landy’s photographs, I thought that the images I capture for this newspaper could never compare to the strategically blurred black and white image of Jimi Hendrix playing his electric guitar, or the candid image of Janice Joplin wearing a tie dye dress, smoking a cigarette.

Landy’s photographs of muddy hippies with their navels exposed was just a bonus. He not only captured iconic artists in all their glory, but the festival-goers, as well.

And while the retro artwork, posters and decor were certainly well done, there was one aspect of the evening that has left an imprint on my mind – the hippies. Adorned in tie dye, wigs and fringes, the older generation of individuals who attended the event were nothing shy of eclectic.

A portion of the people in attendance appeared to be somewhere between 50 and 75 years of age. Their retro garments were far out … of my comfort zone. When I ran into an older gentleman wearing a light-up flower crown, I knew I had overstayed my welcome.

However, I sincerely encourage those who have a love for history, culture and music to visit the Monmouth Museum and to explore the exhibit, Woodstock at 50: Summer of Love.

If you are a former hippie looking to reignite your youth while viewing the exhibition, there is a small shop on site selling retro garments and accessories to match this special occasion.

Feel free to rock some vintage garb as you put on a record, sit on the couch and watch a video of the Woodstock festival on a small television screen.

Kelly Giuliano is a staff writer with Newspaper Media Group. She may be reached at kgiuliano@newspapermediagroup.com