Proposal for Wawa, medical offices will continue before Marlboro zoning board 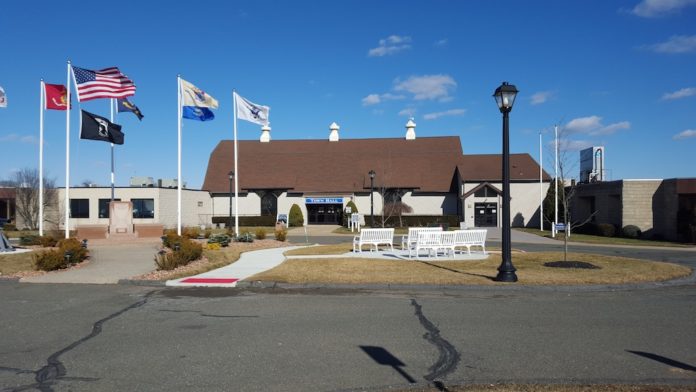 MARLBORO – Representatives of an applicant that is proposing to construct a Wawa convenience store with a gas station and a medical office building are expected to continue presenting testimony about the plan before the Marlboro Zoning Board of Adjustment on June 25.

The application deals with three lots that combine to form a 12.3-acre parcel east of Route 79 and south of Route 520. The lots are in a C-2 commercial zone. Two lots each contain a home and a detached garage. The third lot contains a church/house of worship (the Church of Saint Gabriel) a rectory/parish hall building and a parking area.

Marlboro North Main is seeking permission to remove the existing site improvements on the lots with the homes and garages, to consolidate the three lots and to construct a two-story medical office building (10,092 square feet) and a Wawa convenience store (5,585 square feet) with gasoline fuel service.

The most recent testimony regarding the application was presented during an April zoning board meeting and addressed the operations of the proposed medical building.

Testimony was given by Dr. Joseph Celia, who owns and operates Advanced Wellness, 17 N. Main St., Marlboro. Celia said he would like to move his practice to the building that has been proposed by Marlboro North Main.

“The rehab setting requires a lot of open space for exercise equipment. Currently, we are limited with that space … We would like to have private rooms to provide more privacy for our patients. We co-mingle some work space, we have a lunch area that is also used with work stations and it’s not the best work atmosphere for our employees,” he said.

Wawa is proposed to operate 24 hours a day. Access to the Wawa and the medical office building is proposed from a full-movement driveway on Route 520 at Meglio Drive that would also serve the church property. Right and left turns in and out would be permitted at that location, according to previous testimony.

Access is also proposed from Route 79 at a driveway that would permit right and left turns into the Wawa/medical office building site, but only right turns from the property to Route 79. The applicant has been asked by the New Jersey Department of Transportation to provide a left turn lane from Route 79 into the site.

Information from the zoning board states that “while a personal service use, including a medical office, is a permitted use within a C-2 zone district and a motor vehicle station is a permitted conditional use, the mixed use of the property to contain two principal uses is not permitted; thereby requiring a use variance.”