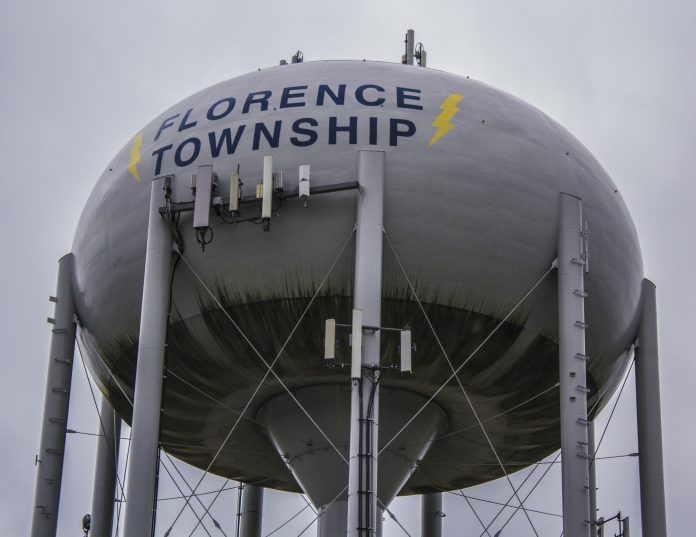 Florence Township’s roadways are anticipated to be affected by the Burlington County Board of Chosen Freeholders recent master plan adoption.

The freeholder board adopted an update on June 12 to the county’s 1989 Highway Master Plan. The updated plan, which was commissioned by the county and prepared in partnership with the Delaware Valley Regional Planning Commission (DVRCP), has resulted in a three-year collaborative planning process.

The change to the plan came from the freeholders when officials explained that Burlington County has grown by more than 50,000 residents and 25,000 jobs since it last prepared a highway master plan in 1989. An almost equal number of people and jobs are forecasted to be added by 2040, according to county officials.

The number of job opportunities is forecasted to grow by approximately the same rate as the population, according to officials. The freeholders reported that Evesham and Mount Laurel townships will continue to have the most residents and jobs through 2040, although these two established municipalities will experience comparatively little growth.

On the other hand, strong growth is predicted for municipalities in the suburban band between the River Corridor and the protected areas by 2040. For example, the population of Mansfield Township is expected to increase by 34 percent, and the number of jobs will almost double, according to officials.

Florence Township, where most of the new warehouses and distribution centers are located in the county, will boast the largest increase in employment; the number of jobs is expected to increase by approximately 6,000 by 2040, according to officials.

As a result, county officials said they added proposed plans for a county-approved mobility-enhancing  on Route 130 and Florence-Columbus Road, a difficult intersection for truck traffic going to and from other warehouses in the area as well as traversing to Interstate 295 and the New Jersey Turnpike.

While preparing the plan, county officials said they obtained vital input from municipalities and strategic partners.

“The highway master plan advances this freeholder board’s goals of modernizing our highway infrastructure to meet current and future demands, and determining necessary rights-of-way and road features for improving county highways,” said Burlington County Freeholder Director Tom Pullion, the liaison to Public Works. “Our primary focus is always to improve traffic safety and operations for all drivers. One of the most exciting aspects of the new highway master plan is that it is available online with interactive mapping. Now, the public can view the plans from any internet browser.”

Officials said that the highway master plan is a valuable tool for developers, utility companies and governmental agencies to understand the county’s ultimate rights-of-way and desired roadway cross-sections. It provides guidance in the design of land development projects, according to officials.

County officials also explained that the County Route (CR) network is vital to daily movement in the county, and it plays an important role in interconnecting with the New Jersey Turnpike and interstate highway system. The CR Network carries NJ Transit and BurLink bus routes, provides access to stations along the NJ Transit RiverLINE, and serves as a scenic route network in the Pinelands.

Performance indicators for the road network, as well as land use conditions, were assembled for current and forecasted conditions. The conditions were assessed using DVRPC’s Traffic Management Process (TMP) to identify candidate improvement strategies for the County road network.

“The county’s approach to economic development is to employ a cross section of best practices to address community needs,” said Burlington County Freeholder Felicia Hopson, liaison to economic development. “The new plan details transportation improvements beyond new paved road and sidewalks. We looked to data-based traffic management plans to relieve congestion. We evaluated our mass transit to improve our environmental foot print, and we kept safety of our families in mind throughout the entire process.”

Officials also said that the highway master plan provides a framework for the future development and improvement of the county highway system as well.

Given that the freeholders are made aware of traffic issues within the county, they said they are working to address specific traffic and circulations issues by developing sub-regional plans, such as the Northern Route 130 Circulation Plan that includes portions of Burlington City, Burlington Township, Florence Township and Mansfield Township.

They said they are also working with municipalities along County Route 541 from Mount Holly to Burlington City to develop a circulation plan for this area.

The DVRPC, the regional transportation-planning agency for the Greater Philadelphia area, will host the County’s Highway Master Plan on its website.  The highway master plan is available at https://www.dvrpc.org/Products/18019/ and the interactive maps at www.dvrpc.org/webmaps/BCHMP.

3,529FansLike
4,460FollowersFollow
Sign up for our newsletter
Special Sections