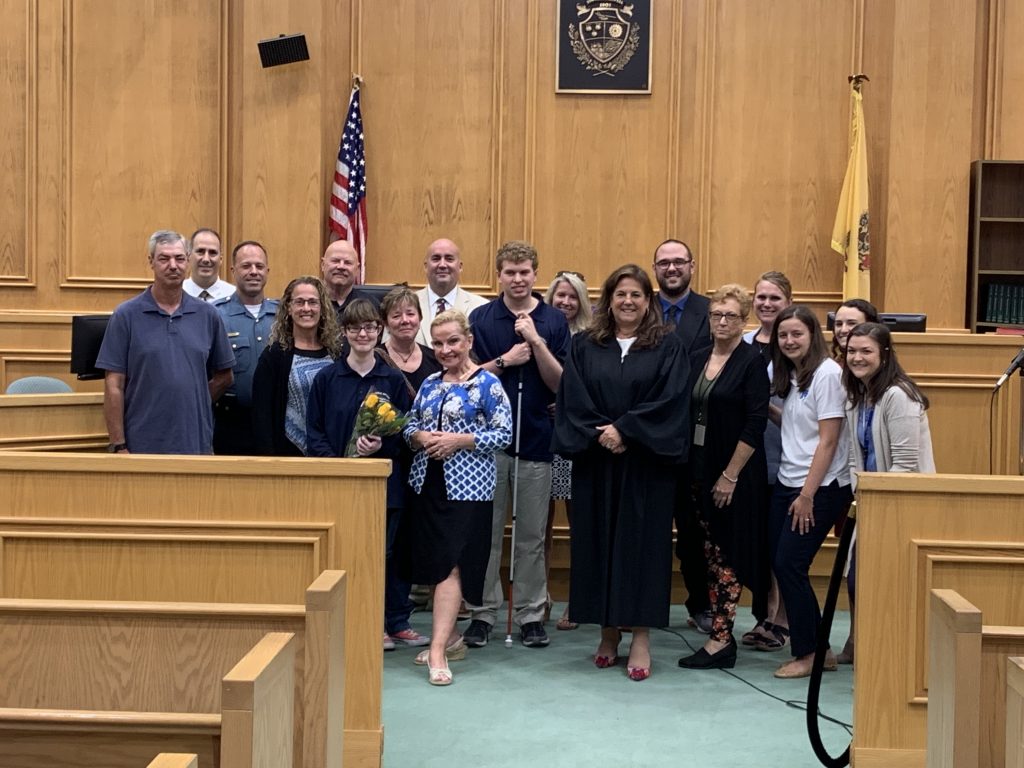 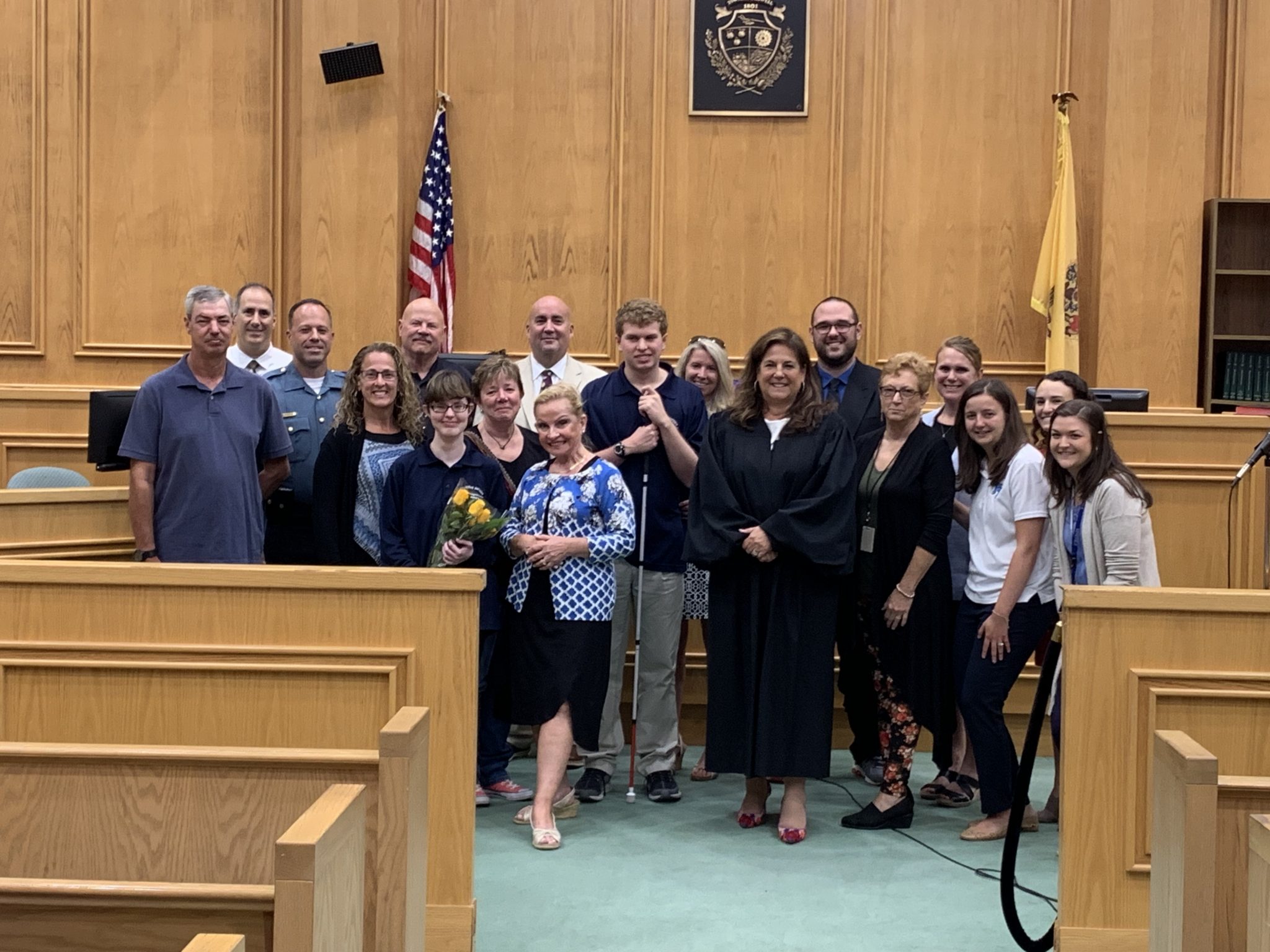 HOWELL – Two Freehold Township High School students who served as interns in Howell Municipal Court during the 2018-19 school year have been recognized by township officials.

“We provide students who have a disability, who are 18 to 21 years old, job experience in the community. We teach them employment skills and (they may) choose a job site,” Ure said.

Brendle is legally blind and Nauerz has visual and hearing impairments.

“They have completed their high school requirements and this is the two extra years they get (for a) transitional program so we can teach them skills they could use toward independence and independent living,” Amato said.

“Cody has a visual impairment so I was trying to find a setting that would work for him and Rosemary (O’Donnell) was the best fit. She was awesome, very accommodating and willing to do whatever it took to make Cody successful,” Ure said.

Brendle completed several tasks as an intern, including being present in court as cases were heard and upon their conclusion, bringing case files to the office for processing.

“She modified the work for him … and taught him how to navigate the courtroom,” Ure said.

“We (made) modifications for her as well, using equipment that allowed her to see the fine print of the tickets she was entering … She has grown tremendously, she started doing one ticket per shift and now she is doing six to seven tickets,” Ure said, adding that a job coach assisted the students.

Ure said the ceremony was held to recognize the hard work the two students put forth. She said Brendle hopes to work at the Howell Police Department.

Amato thanked the directors of the municipal court for giving the students the opportunity to succeed.

“I hope this is the start of a long relationship and they will see our interns back in different capacities,” she said.

Ure thanked Howell officials and said, “They have been so open and accepting and willing to make any modification we needed. They really opened up their arms to us, which is awesome. Both students grew tremendously this past semester while they were (at the municipal court) and it is because of the tasks they were given, the opportunities they were given and all the support they got from their co-workers, so much natural support.”

“That is amazing for them as individuals because they feel like they are a real true part of the world, and they have a place and a work site,” Amato said.

Before Richmond was elected to the Howell Township Council, she was a job coach at Freehold Township High School in the Workplace Training Program. She brought the idea of internships to then-Councilman Bob Walsh and credited him for helping to get the program going in Howell.