Previte’s ‘Calling All Divas’ to be performed at Monmouth University 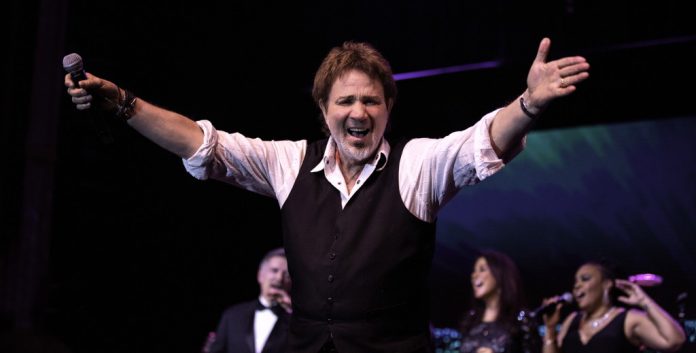 Academy Award-winning songwriter Franke Previte (“Dirty Dancing”) will return to his Jersey Shore roots to host a “Divas Night Out” and debut his new all-star musical, “Calling All Divas,” a pop, rock, soul and country hit parade that celebrates music, friendship and the power of sisterhood.

“Calling All Divas” comes to the Jersey Shore for one night, July 11, at the Monmouth University Center for the Arts, 400 Cedar Ave., West Long Branch. Show time is 8 p.m. Tickets, $38 and $48 ($78 VIP), are on sale now. Complete information is available at
www.monmouth.edu

“Calling All Divas” stars four different and remarkable women, years apart in ages
and backgrounds, but whose talents have no division, according to a press release.

The show also features Frank Dicopoulos, another Jersey Shore performer best known for his 22 years on the CBS soap opera “Guiding Light,” as the club owner.

“Calling All Divas” transports audiences on a musical journey as the women compete to become the world’s next female singing superstar in a last-ditch effort devised by a hopeful hit songwriter, desperate to save a legendary nightclub, according to the press release.

“We have a Broadway rocker, a country girl, a gospel singer and a young subway singer, and it’s just incredible to watch them seamlessly meld together into a group we call The Un4gettables. Each one is at the top of their own game, even this little subway singer. What blows me away is the combination of their instant sisterhood and individual and collective power,” Previte said.

Previte, John DeNicola and Donald Markowitz composed “(I’ve Had) The Time of My Life,” which was recorded by Bill Medley and Jennifer Warnes, and used as the theme song for the 1987 film “Dirty Dancing.” The song won an Academy Award for “Best Original Song.”