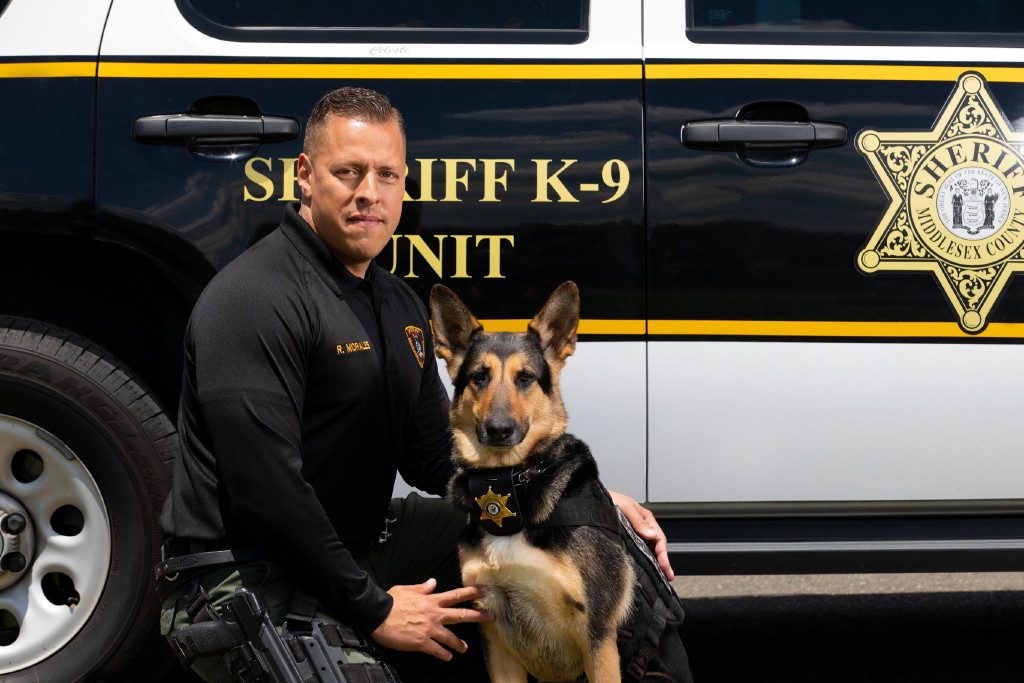 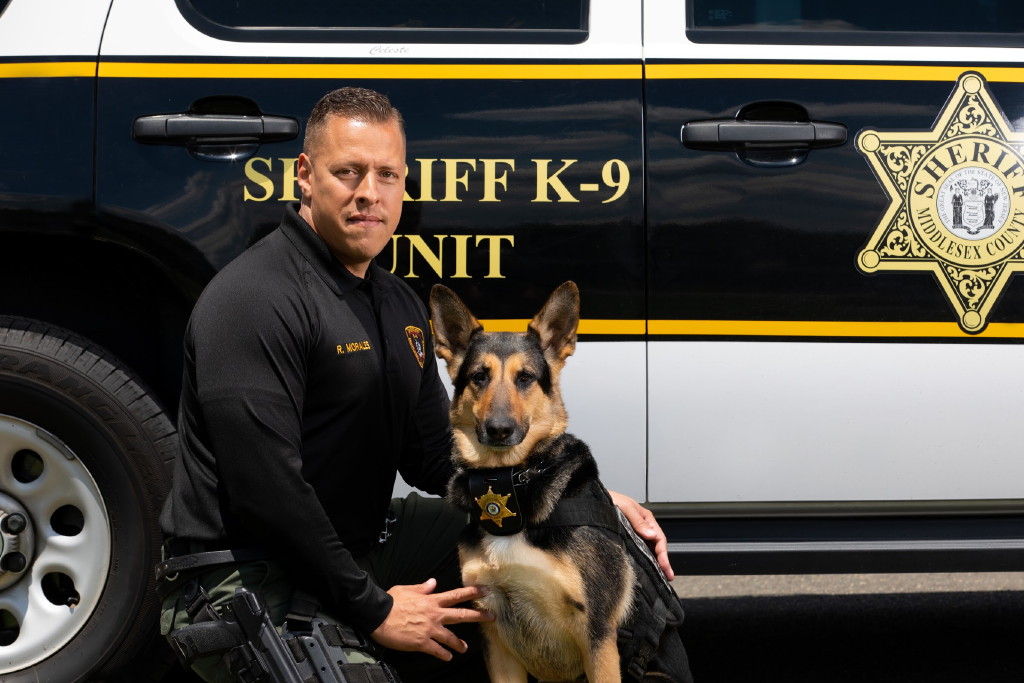 K-9 Celeste is ready to put her best paw forward and sniff out trouble, according to the Middlesex County Sheriff’s Office (MCSO).

The German Shepherd and her partner, Sheriff’s Officer Rafael Morales, are now certified to track criminals and missing persons.

Starting Jan. 28, the pair completed a 16-week course conducted by the Union County Sheriff’s Office Canine Academy, where highly skilled K-9 trainers taught Celeste how to identify and track human odors. On May 17, the pair was officially certified, according to the MCSO.

Their partnership began in March 2016, when Morales was selected to be the new handler with the K-9 Unit of the Middlesex County Sheriff’s Office. He was partnered with Celeste, a 2-year-old female from The Seeing Eye in Morristown. Their first certification, in September 2016, was as a K-9 Explosive/Firearms Detection K-9 Team, according to the statement.

“This latest certification for Celeste and Officer Morales represents a new dimension to their partnership, and a stronger, more effective K-9 Unit for the Sheriff’s Office,” Sheriff Mildred S. Scott said in the statement.

Morales and Celeste will now be available to help with detection across all 25 of the county’s municipalities. They join Sheriff’s Officer Kevin Mastroserio and K-9s Cadence and Bryn, and Sheriff’s Investigator Jeff Bell and K-9 Joy. Cadence and Joy, along with their handlers, are certified in explosive/firearm detection. Bryn is also certified in narcotics detection.

Local author’s tips for podcasting include creating an audience base, using good equipment