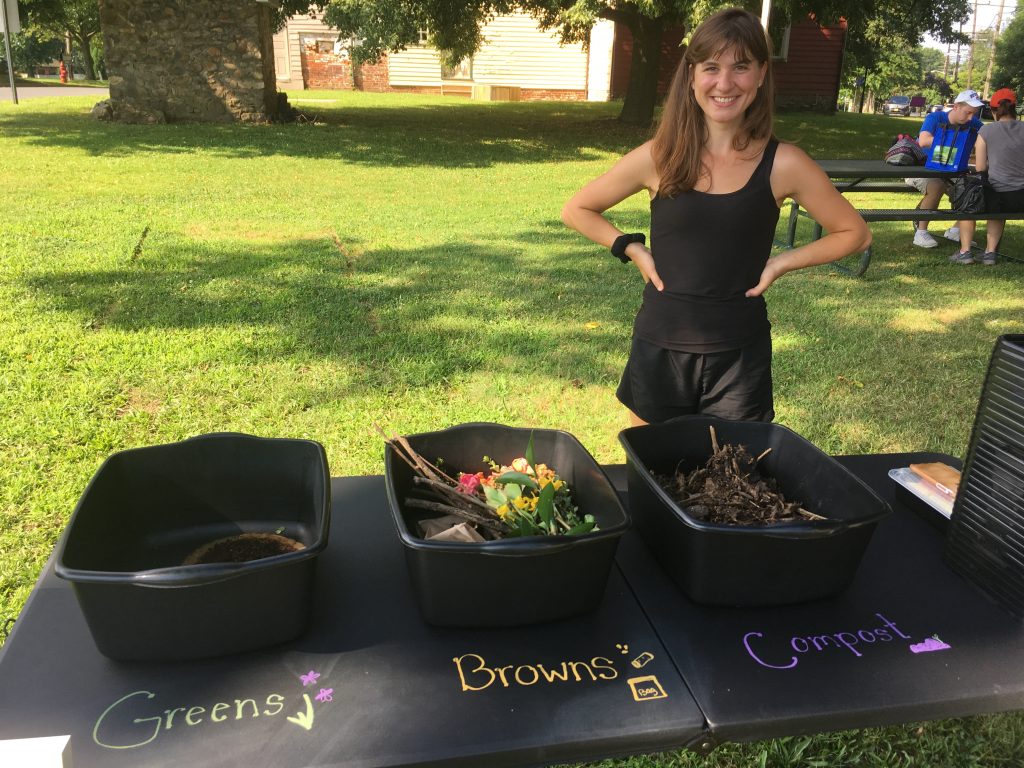 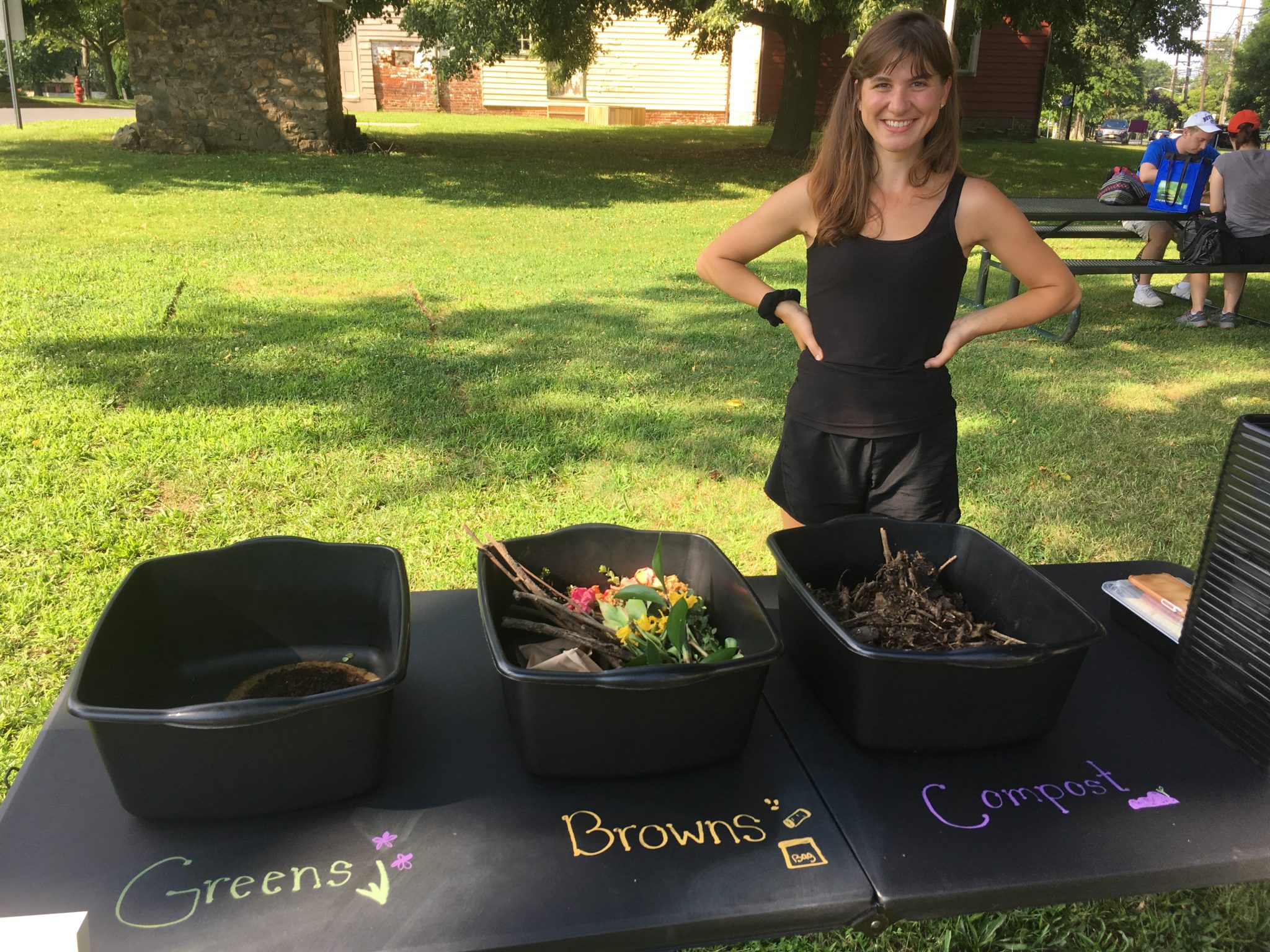 The United States Environmental Protection Agency (EPA) reports that food scraps and yard waste makes up approximately 30% of what gets thrown away into landfills where it takes up space and releases methane, a potent greenhouse gas.

A new initiative launched in Bordentown City is looking to combat that statistic and better serve the environment.

Brittany Welsh, a resident of Yardville in neighboring Mercer County,  founded “Community Compost” this year, a program put in place to collect compostable waste in compact bins sited outside of participating members’ homes.

Food and yard waste, both of which are compostable materials, can be defined as organic material that can be added to soil to help plants grow to better serve the environment rather than decaying away in a landfill, adding to greenhouse gas emissions in the atmosphere.

After Welsh noticed a community compost program currently operating in New York, she said she decided to apply its principle efforts to her community.

“Why can’t we have something like this here?” Welsh said. “I thought that if people knew how much waste was compostable that they were producing, they would then want to keep it out of landfills because it’s so much better for the environment.”

With an idea in mind, Welsh said she fielded the concept on social media where she noted that she received support particularly from the Bordentown City community.

After that, “it just started rolling,” Welsh said.

Welsh said that she felt Bordentown already had established support for environmental programs, which made it an ideal location for her to launch her program.

Not only was Bordentown Township recognized and awarded last year for its environmental efforts by Sustainable New Jersey, Bordentown City also has an environmental commission in place along with two subcommittees to encourage eco-friendly initiatives: the Green Team and Creative Team.

“It’s important for this area because it already has a great leg to stand on as far as initiatives for people who care, so bringing it here keeps up with that momentum and is easily adaptable,” she said. “It’s also great for me because I can start and work out any kinks in the program with people who are also passionate about it.

“If we can launch something like this in a town where we can easily adapt it, I think that once others start to look on, they will be willing to adapt it also. I’m hoping for a ripple effect,” she said.

Since launching “Community Compost,” the local program has grown to encompass participating members in Bordentown, Hamilton, Robbinsville and Fieldsboro.

For the composting service, Welsh said it’s a $15 refundable bin deposit, which a participant gets back as long as they return the bin. Then, each week on a scheduled pick up day, customers can receive reminders via text the night before pickup, so the bin can be left out before it’s collected the following morning.

Welsh said she comes to pick up the bin, drops off a clean one, weighs the full one and puts it in a private, larger compost bin within a 20-mile radius.

The founder said that once she began composting herself for approximately a year ago, its convenience made her realize that anyone can get involved.

“I realized how easy composting is, and I thought that people would clearly make this decision if they knew, so it’s really about education,” Welsh said.

As Welsh said she plans to continue to expand the local program, she held a compost workshop discussion at the July 14 Bordentown Farmers’ Market to educate patrons about the initiative.

“What we are doing is talking people through composting and how they can compost at home, build their compost and maintain it,” she said. “It’s a little of a science, so when people try and don’t figure it out right away, they can possibly get discouraged and stop, so that’s what we are doing as far as the workshop.”

“It’s ‘Community Compost’ because I really rely on the community for the compost, and I think it’s a real great way to keep everybody involved in the cycle that way we are not separated from it – that’s part of the problem,” she said. “We are separated from the waste that we create, so we are not aware of the impact it has on the environment, so I just want to merge those things together.

“There are no places that take compostable waste in the area. The closest place that would take it is in Elizabeth, and that’s why this type of program hasn’t spread out, which is why I’m relying on the community to expand it and make sure that it stays local,” she said.

Throughout the program’s inception, Welsh said that its current participants have expressed their praise for the project as well.

“The best part of the program has been meeting people,” she said. “It’s really nice to meet people, knowing I have the support people who also have the same ideals and beliefs around caring for the environment.

“Anyone can do this,” she added.

Going forward, Welsh explained that she is currently working to convert the company to a non-profit organization. As she looks to add more team members to the program, Welsh said she hopes it encompasses more communities.

“I don’t think that composting is a luxury,” she said. “We will keep membership fees and try to employ people, but the long-term goal is to switch to a non-profit and work on building community gardens, and get communities more involved in it.”