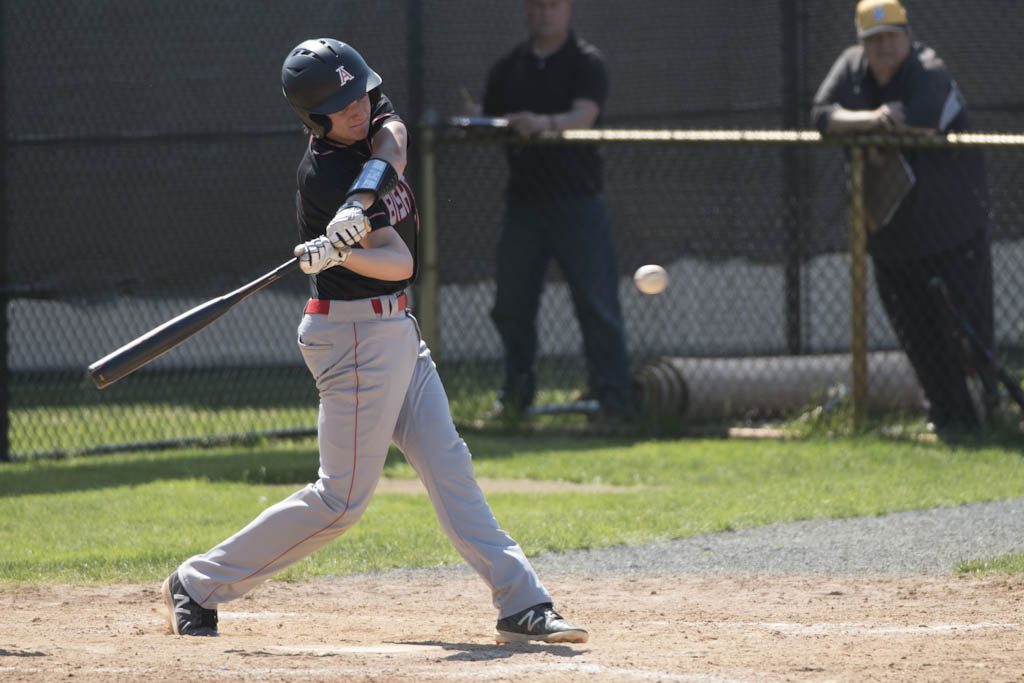 Gerard Chiricolo and Christian Kadi, two rising seniors at Bishop George Ahr High School, could have easily spent the day in the pool, at the beach or even earning money for themselves at summer jobs.

The camp, which ran from July 8-12, was for players in grades 5-9. Chiricolo and Kadi will likely never be teammates with any of the young kids who attended the camp. But they decided to invest their time in the program’s future anyway.

D’Agostino has been the Trojans’ coach for three years now, and the varsity team is just 20-51 over that span. But the 2002 Bishop Ahr graduate is trying to establish a culture at his hometown program.

Chiricolo’s and Kadi’s presences at the Bishop Ahr Baseball Camp, which acts primarily to develop young players who will hopefully choose the Edison private school, were an endorsement of the 35 year old coach’s efforts.

The Trojans’ players are proud of their program and committed to it. And that usually comes before success.

“We’re trying to build a culture,” Chiricolo said. “Our goal is to be a leader to the younger players.”

“Just like he said, changing the culture,” Kadi added. “We want kids who hate to lose more than they love to win.”

Chiricolo and Kadi attended the camp themselves in the summer of 2016, the year before their freshmen season. That was the summer before D’Agostino’s first season, too. But even then, the players were drawn to the inclusivity and growth mindset of D’Agostino’s program.

“The camp feels like one big family,” Kadi said. “When you first come in, you’re welcomed right away.”

“The camp made me feel what kind of environment it was around here,” Chiricolo added. “It showed us how we can learn to get better and win games.”

Despite the Trojans’ record over the past three years, both seniors have had positive experiences at Bishop Ahr. But make no mistake about it: they expected to be better than their 7-14 record in 2019. And that mark will motivate them as the calendar slowly flips toward next spring.

“That’s just going to be a little fire under our bellies,” Kadi said.

“Next year we’re going to compete every day as a team and hopefully come out with a (Greater Middlesex Conference Gold) Division championship,” Chiricolo added.

With Kadi as the starting catcher and Chiricolo as the ace pitcher, the Trojans may just compete in the GMC Gold Division in 2020. But even if they don’t, D’Agostino still appears to be building something sustainable.

His camp had 14 attendees during its initial run in 2016. This year’s group rose to 25 players from Edison, Metuchen, Sayreville and other towns in Middlesex County. D’Agostino also enlisted some high level baseball people, like Kansas City Royals Triple-A catcher Nick Dini and Philadelphia based hitting consultant Kevin Wilson, to run sessions between July 8 and 12.

The goal is to create a healthy pipeline for a successful high school baseball program. D’Agostino is building the infrastructure. His Trojans just need to start generating the victories on the diamond.

“We want kids that are interested in baseball,” D’Agostino said. “We want to show them our product and the school.”

“We’re going in the right direction,” he added.