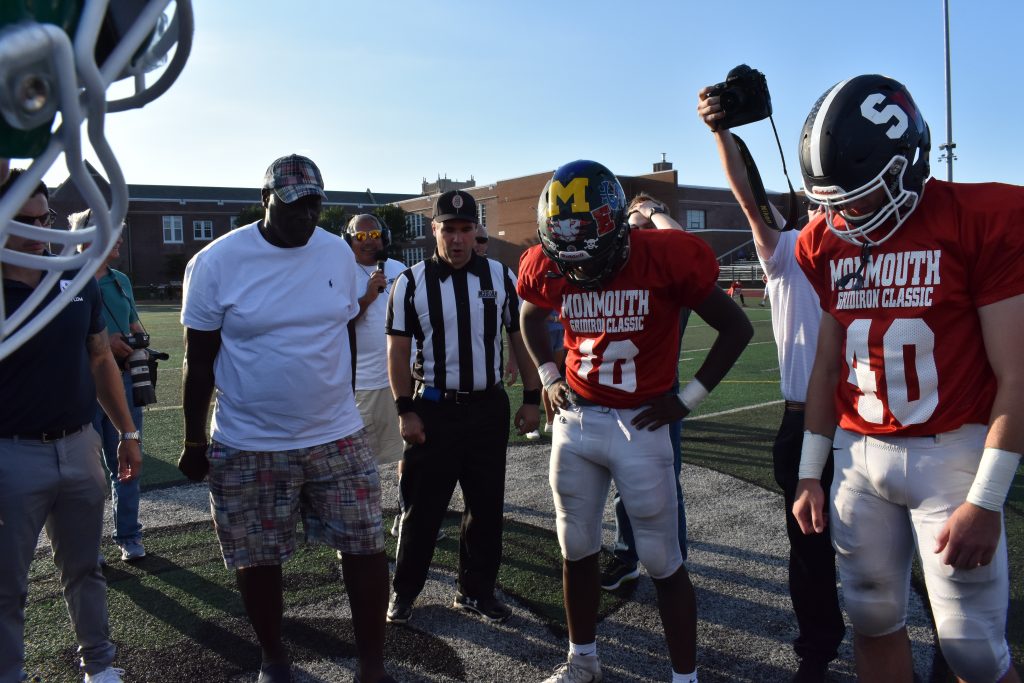 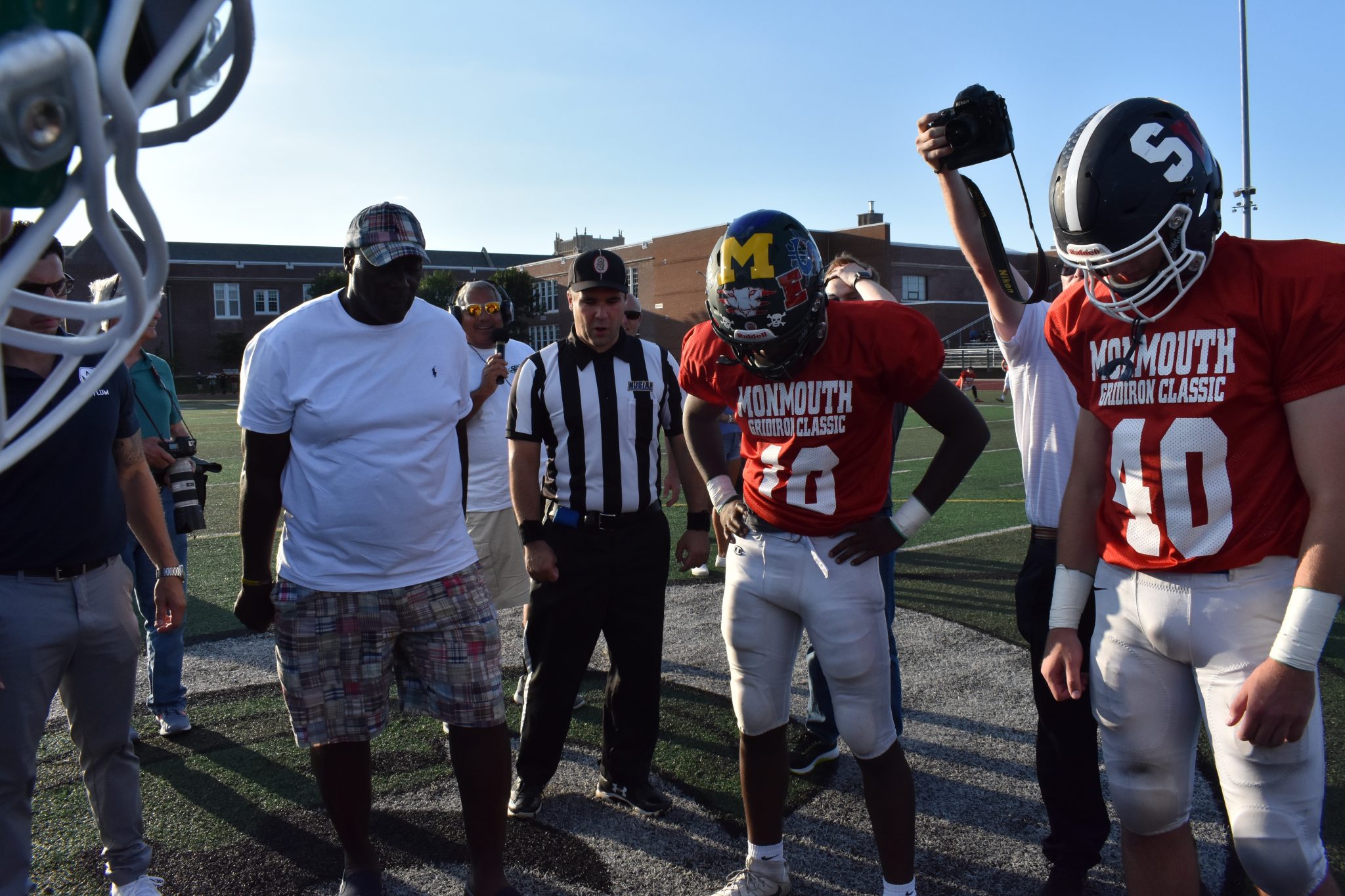 The All-Shore Gridiron Classic, played under the lights, provided the final opportunity for football players to engage in their final scholastic game.

“Being selected as one of the top players in the shore means everything to me. To be out here to to represent my school one last time after what had happened at MetLife,” said fullback and linebacker Brandon Jones from Mater Dei Prep. “I feel like everything went by really fast. I am just really happy to be here to represent Monmouth and the school.

Jones was part of a Mater Dei football team that made it to the Non-Public Group 3 state playoff final. The team was defeated, 14-10, in the championship game by Red Bank Catholic High School at MetLife Stadium in East Rutherford.

“Football has brought me to places I never thought I would be before. Playing at MetLife Stadium I felt like I was in a dream,” he said. “This game has helped me become a better person. I will take everything I have learned at Mater Dei wherever I go.”

Jones will be attending Milford Academy in New York to reclassify and enter into the recruiting class of 2020.

“To be here means the world and shows the work I have put in throughout my career speaks for itself. The competition has been great and has made me better,” said running back Dean Gallo of Holmdel. “Tonight is a memory I will have forever. When I was younger in high school I would come to this game and watch these guys.”

Gallo will be attending Monmouth University in West Long Branch for the fall. He will not continue to play football.

Linebacker Matt Tardy of Middletown South started the game with Jones and Gallo.

“To be out here with the top players in the shore is amazing. It is just great to be flying around again in our last high school game,” he said. “At the linebacker position we are stacked for this game. I knew if I wanted to play a lot I would have to bring it everyday during practice. I’m glad to be out here with these guys.”

Tardy said after their last high school game a lot of guys wish to strap up one more time.

“Tonight is the night for us to do that. I love playing football,” he said. “I kept working out and stayed prepared for this game because I knew it meant a lot to me.”

Tardy said he will not continue to play football and will compete for a national power, Penn State University, in the fall. 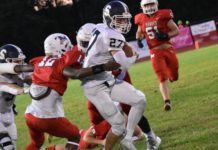 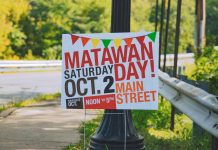