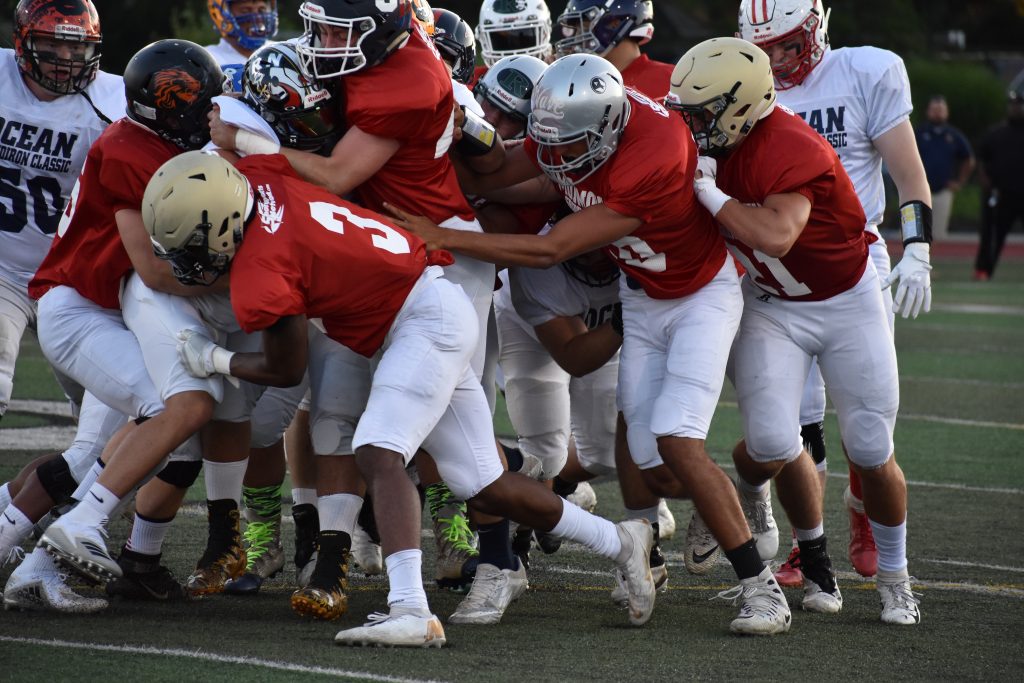 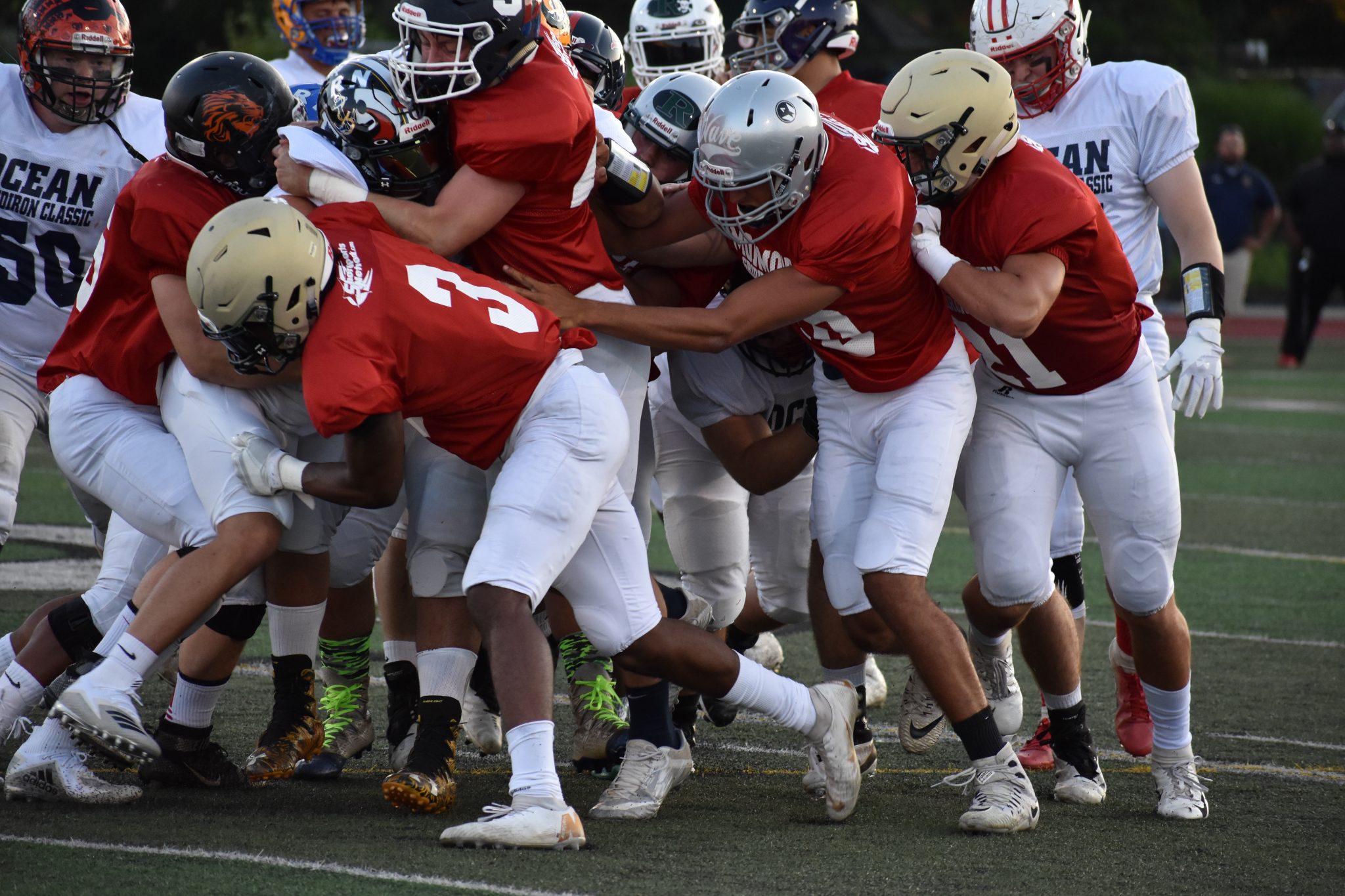 For the last time in high school, under the Friday night lights, graduated football players enjoyed one final competition when they competed in the annual All-Shore Gridiron Classic.

“We get five days to put a bunch of literally strangers together and the boys and coaches did a great job. Monmouth players are a little bit of a different breed,” said Monmouth County’s head coach, Jerry Schulte, who is also head coach for Rumson-Fair Haven High School.

“It is an honor to be selected in the fraternity of all others who have played in this game. This great being able to represent my school and family for one more time,” he said. “This game has given me time to think about how thankful I am. Not many people get to extend their football careers past high school. Tonight just makes me feel nostalgic about the time I am going to miss.”

Key was part of a Red Bank Catholic football team that made it to the NJSIAA Non-Public Group 3 playoff final in 2018. The Caseys of RBC defeated Mater Dei Prep, 14-10, for the state playoff title at MetLife Stadium in East Rutherford.

“Seeing so many of my family in the stands tonight this game means a lot. I know a lot of them won’t be able to make my games in college,” Key said.

Key will be attending the University of Pennsylvania, where he will also continue playing football.

He was joined by safety Anthony Romano and linebackers John Columbia and Steve Cmielewski to represent RBC in the all-star game.

During the game, Key was also selected as the game’s Sam Mills award winner for Monmouth County.

The award is named after the Long Branch graduate and former NFL All-Pro linebacker, the late Sam Mills. The award is presented to the player who shows the most perseverance, character and determination.

Rumson-Fair Haven was another state champion program with representatives at the all-star game.

“It is a privilege to be here tonight. I have been having the best time,” said defensive back Ryan Dupree of Rumson-Fair Haven. “The experience of winning a state title is something I will never forget not only the sectional championship but to get to MetLife that was awesome. I will never forget achieving that milestone with brothers.”

“Tonight has been fun, and not just tonight but the whole week of practice too. To put on the pads one last time just has been great and honor,” Dupree said. “I would take nothing back from my career at Rumson. I am just embracing this last night under the high school lights.”

He said he will be attending Gettysburg College in Pennsylvania, where he too will continue to play football.

Monmouth Regional’s Dayshawn Porter was also selected to participate for Monmouth in the all-star game.